Steak comes in all kinds of different shapes, cuts, and types. You can cook them in different ways depending on your personal preferences ranging from rare to well done. Steak cuts can vary greatly in terms of their marbling, tenderness, and price. Each cut has its own unique flavor and quality.

The Different Cuts of Streak 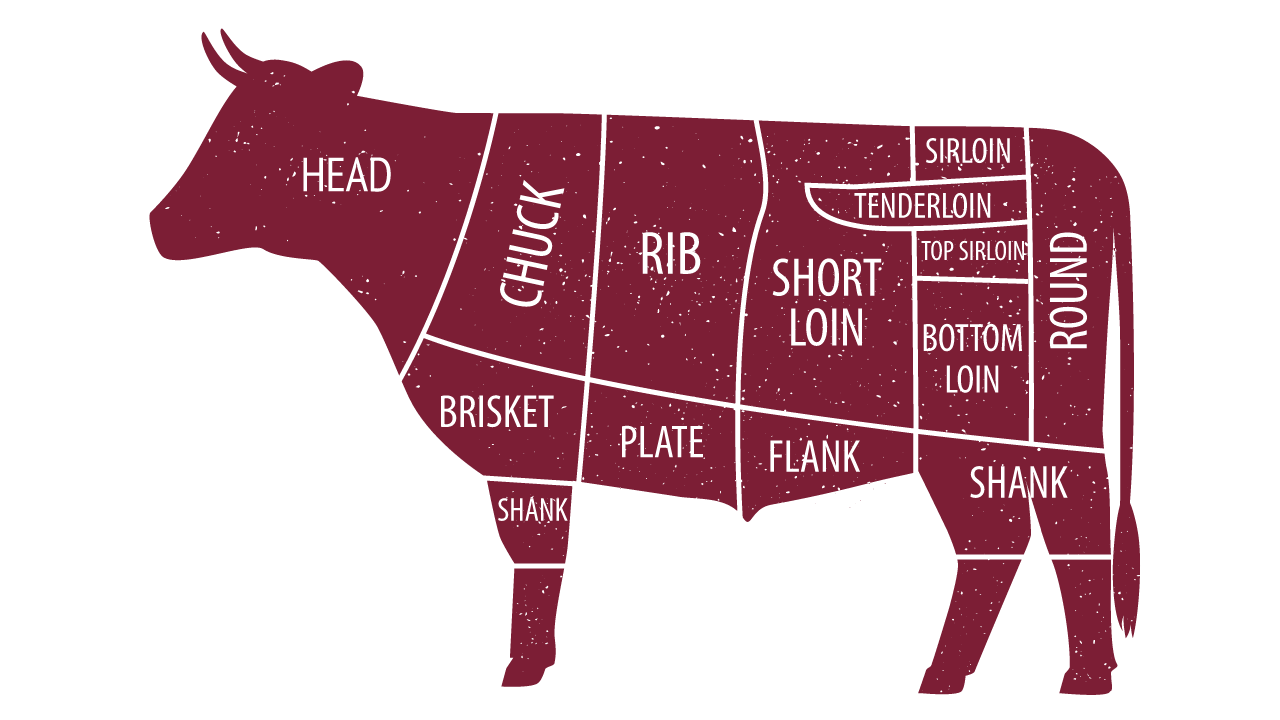 Steak recipes vary depending on whether they're grilled or cooked on the stovetop. Whatever method you use for cooking a steak, they should share one thing in common – each cut must taste good.

At the meat counter at your local grocery store or butcher shop, there may be an array of different types of steaks available for purchase. Of course, deciding you want steak is easy. It’s hard to decide which kind of steak is better.

In this article, we're going to run through the different types of steaks that are both delicious and easy to get hold of for you to enjoy. We're looking for the best ribeyes, tri-tips, and other cuts of beef. 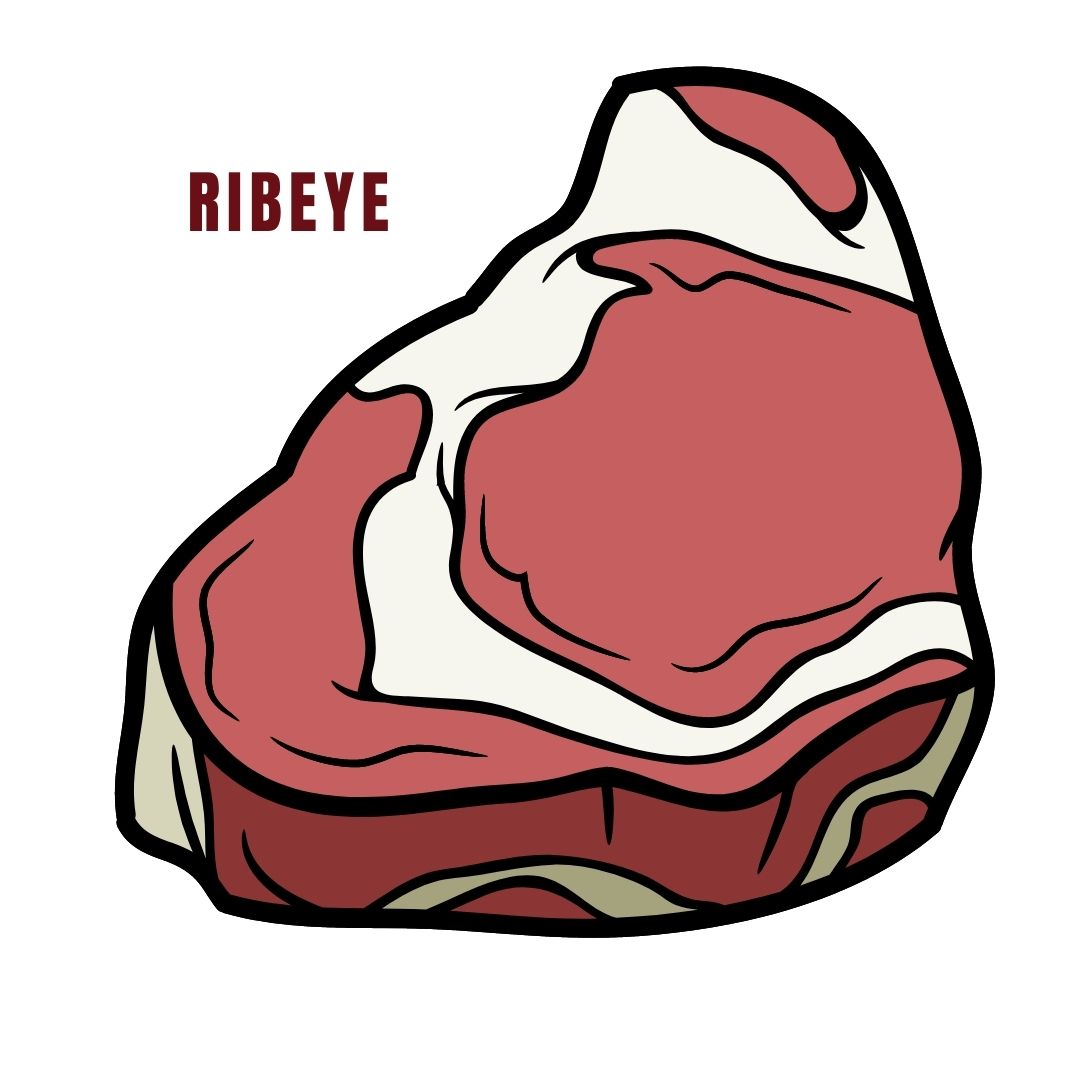 Let's start by talking about one of the most famous cuts of beef, the rib eye steak. These steaks are sometimes called Delmonico steaks because they were first served at the famous Delmonico Restaurant in New York City. They're among the fattiest of the bunch.

How to Prepare Ribeye Steak:

To learn the differences between ribeye steak and sirloin steak, read on! 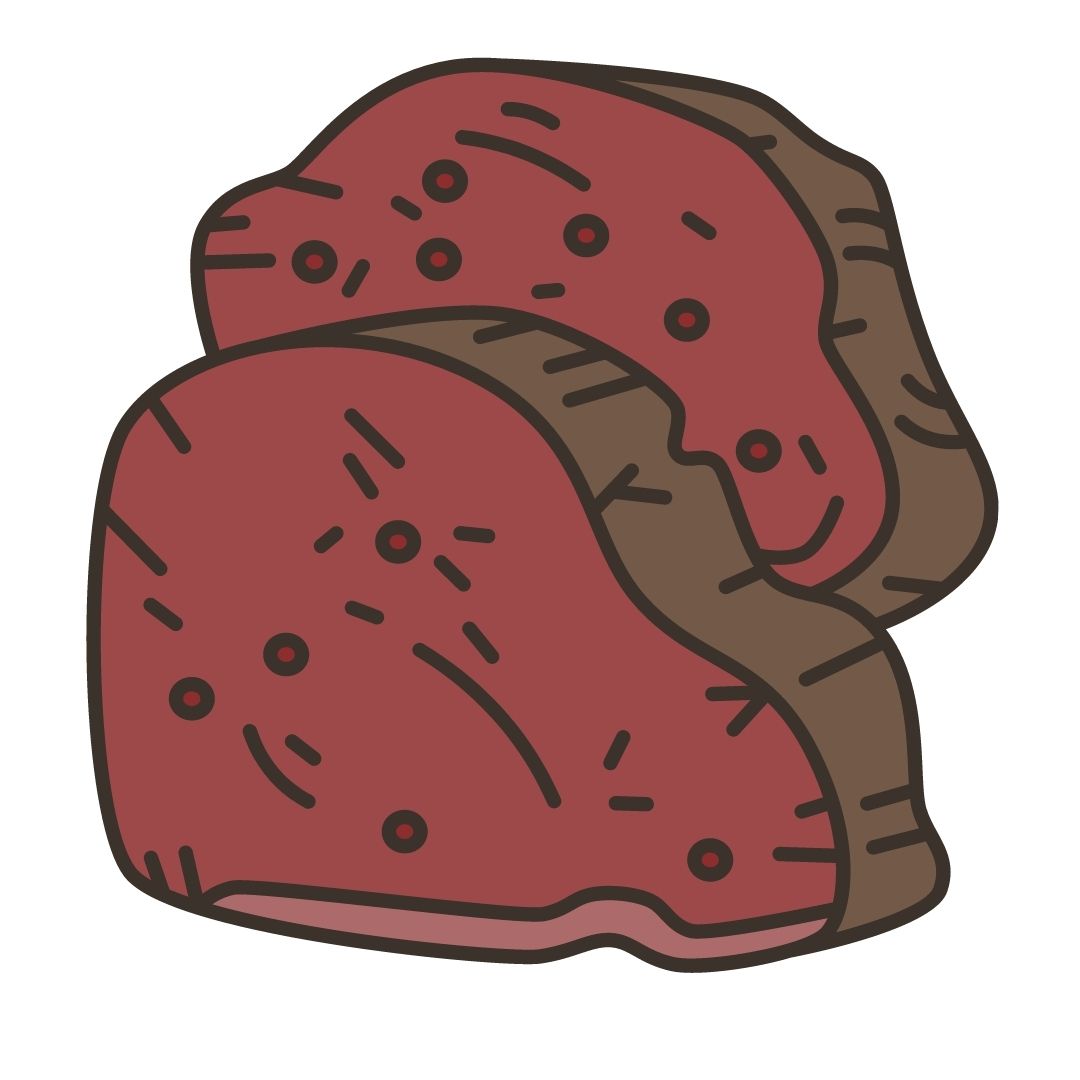 The filet mignon is a type of steak that is unique. Because cows' tenderloins don't get a lot of exercises, they're extremely lean and surprisingly tender. They tend to have less depth of flavor than other cuts of meat, but they compensate by having a smooth, buttery flavor and texture that makes them perfect for sandwiches.

How to Prepare Beef Tenderloin Steak: 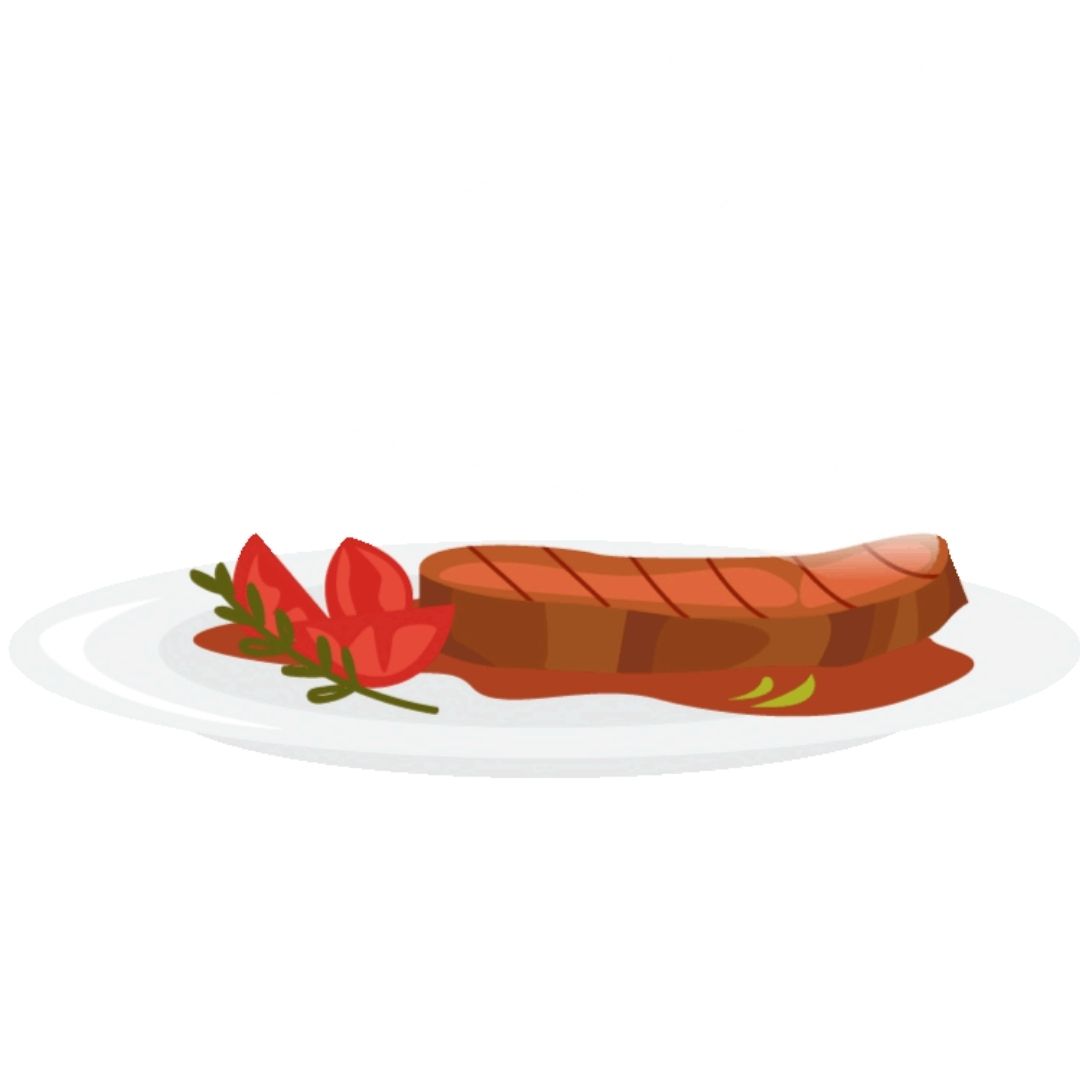 You might not know it, but you've probably had a strip steak before. They're also called Kansas City Strip Steak, New York Strip Steak, and a Top Sirloin Steak.

This strip comes from a cow's short loin.

Any steakhouse will serve this dish as its most popular item. It has a strong beefy flavor and an adequate amount of fat marbling. It has a soft yet firm chewiness.

How to Prepare Strip Steak:

If you’re a steak lover, then you definitely need to give the hanger steak a try.

It's an underappreciated cut of beef. It has lots of flavors and is quite affordable. Hanger steaks are usually cut from the loin section of the cow. They're often compared to skirt or flank steak because they're both lean cuts of meat.

How to Prepare Hanger Steak: 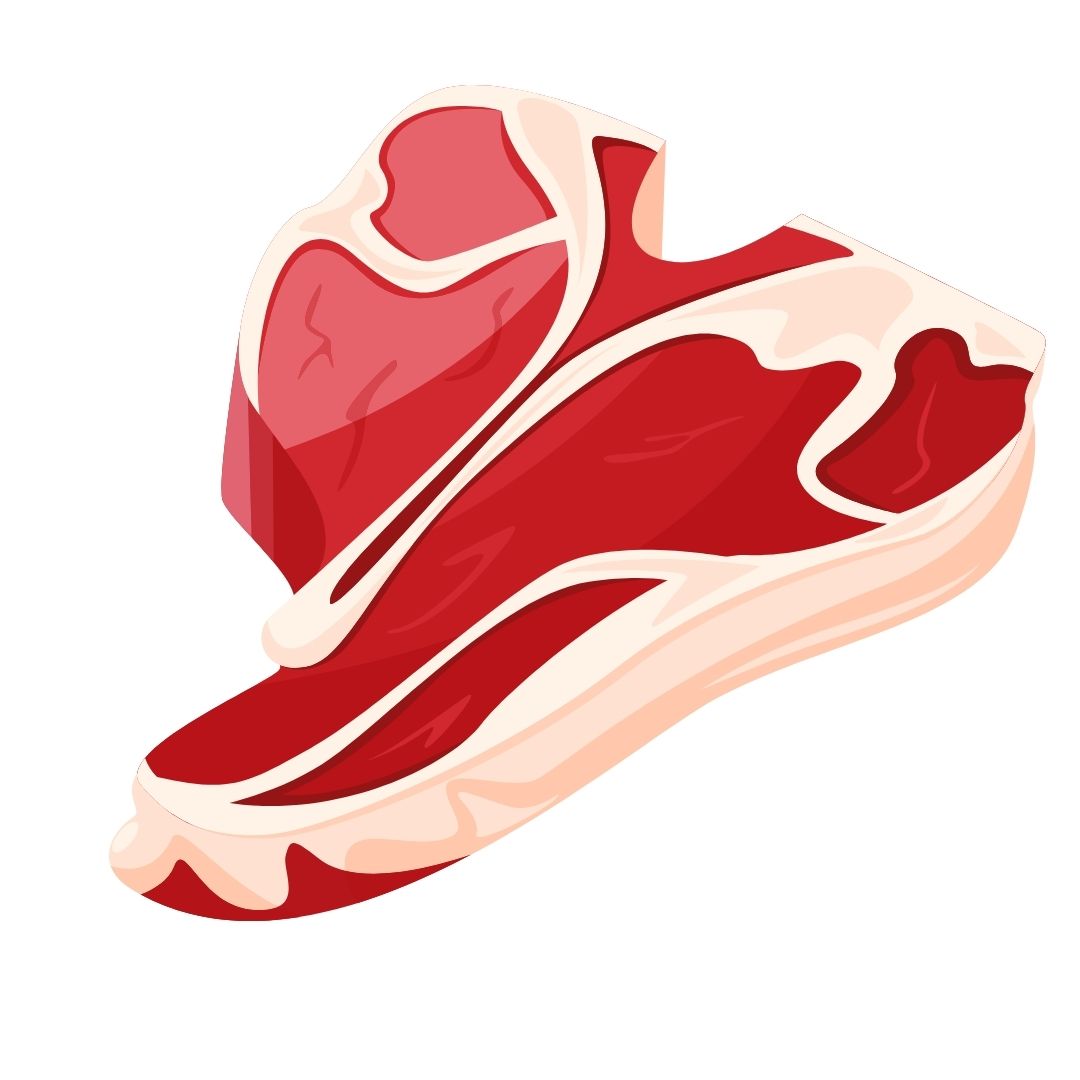 If you want a large piece of beef with two different kinds of meat in one? Porterhouse steaks are especially good if you're looking for something special.

A porterhouse steak contains both tenderloin and strip meat and is sold on the bone.

They're really delicious, but because they contain two different kinds of fats, they tend to be a bit harder to cook than a regular steak. We suggest cooking a porterhouse like you would cook a strip steak.

How to Prepare Porterhouse Steak:

We're talking about one of our favorites here. Flank steak is a large cut of steak that makes it easy to share with others. It’s also good for keeping to yourself!

This is a cut taken from the back region of the cow's abdominal muscles. It's a fairly tough cut. However, if you prepare it carefully and properly, it can be delicious.

How to Prepare Flank Steak: 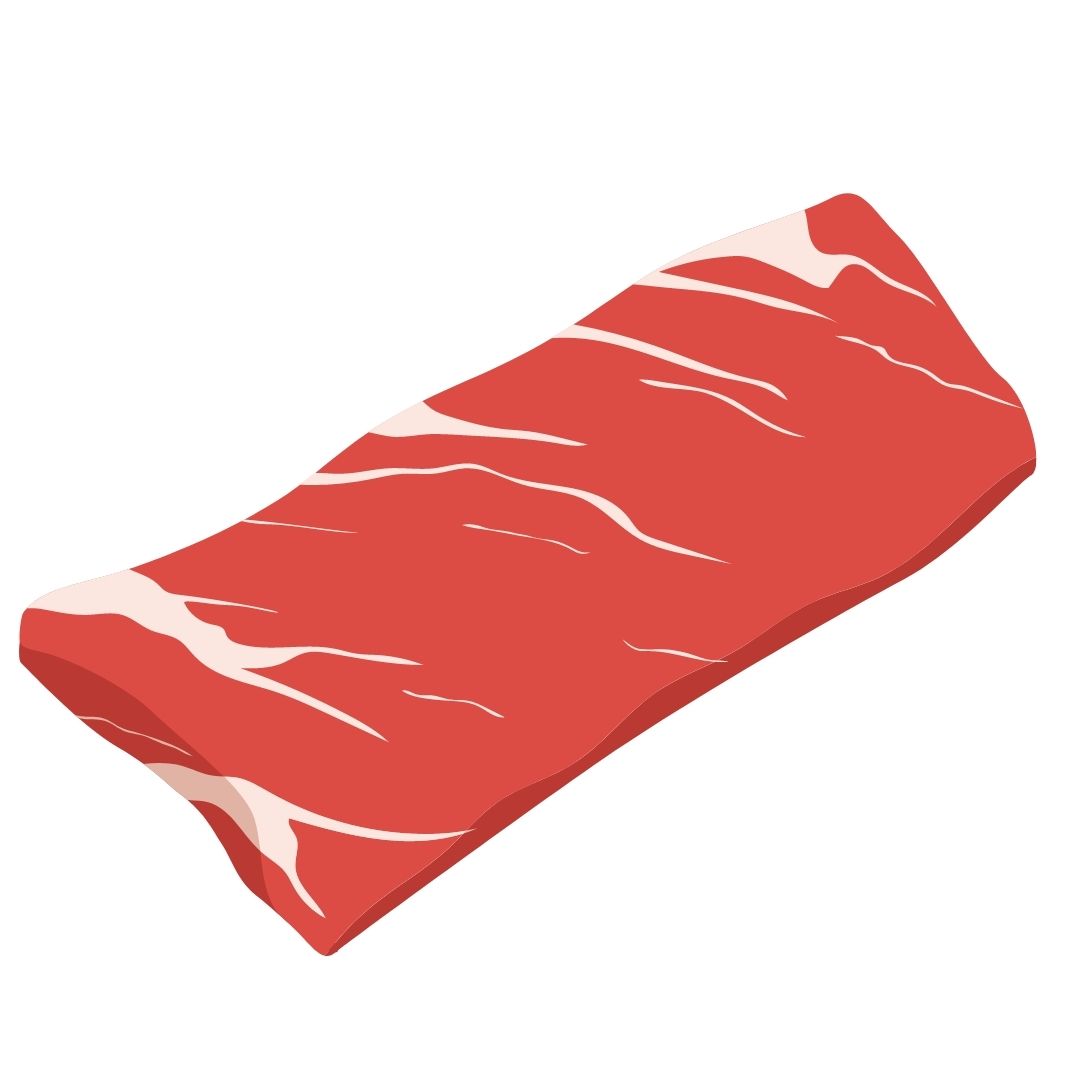 You may not realize that you've had a skirt steak until after eating it. Lean and long, this cut of beef serves well with Mexican dishes. They come from the stomach section of a cow's body so it has a high-fat content. They're super tough because they contain lots of connective tissue. However, if you cook one properly, it can be wonderfully tasty.

Skirt steak is one of the richest and most flavorful cuts of beef.

How to Prepare Flank Steak: 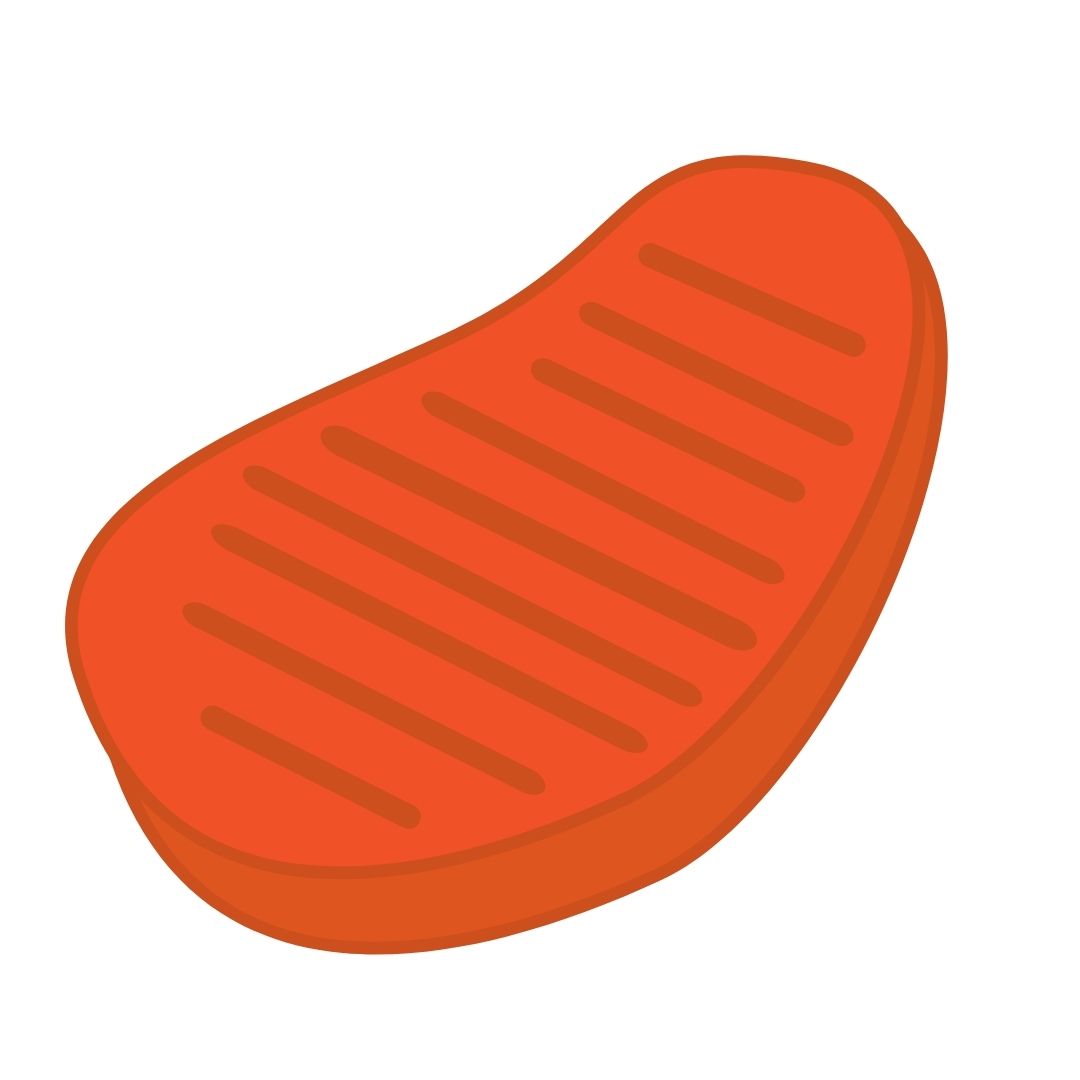 A flat iron steak is one of the best cuts for cooking at home because it’s inexpensive and easy to cook. It's surprisingly more affordable when compared to other more expensive steaks.

From the chuck (lower neck/upper shoulder) section of a steer, the flatiron is a relatively new cut. It has been gaining popularity recently, especially among butchers or meat markets, where it is often sold.

How to Prepare Flat Iron Steak:

Short ribs marbled like a ribeye steak, taste great, and have a thick, meaty textured. Short ribs can be grilled instead of braised if you want to avoid any toughness. You can usually get short ribs at an affordable price because they're available in thick or thin sections, and you can usually find them easily.

How to Prepare Short Ribs: 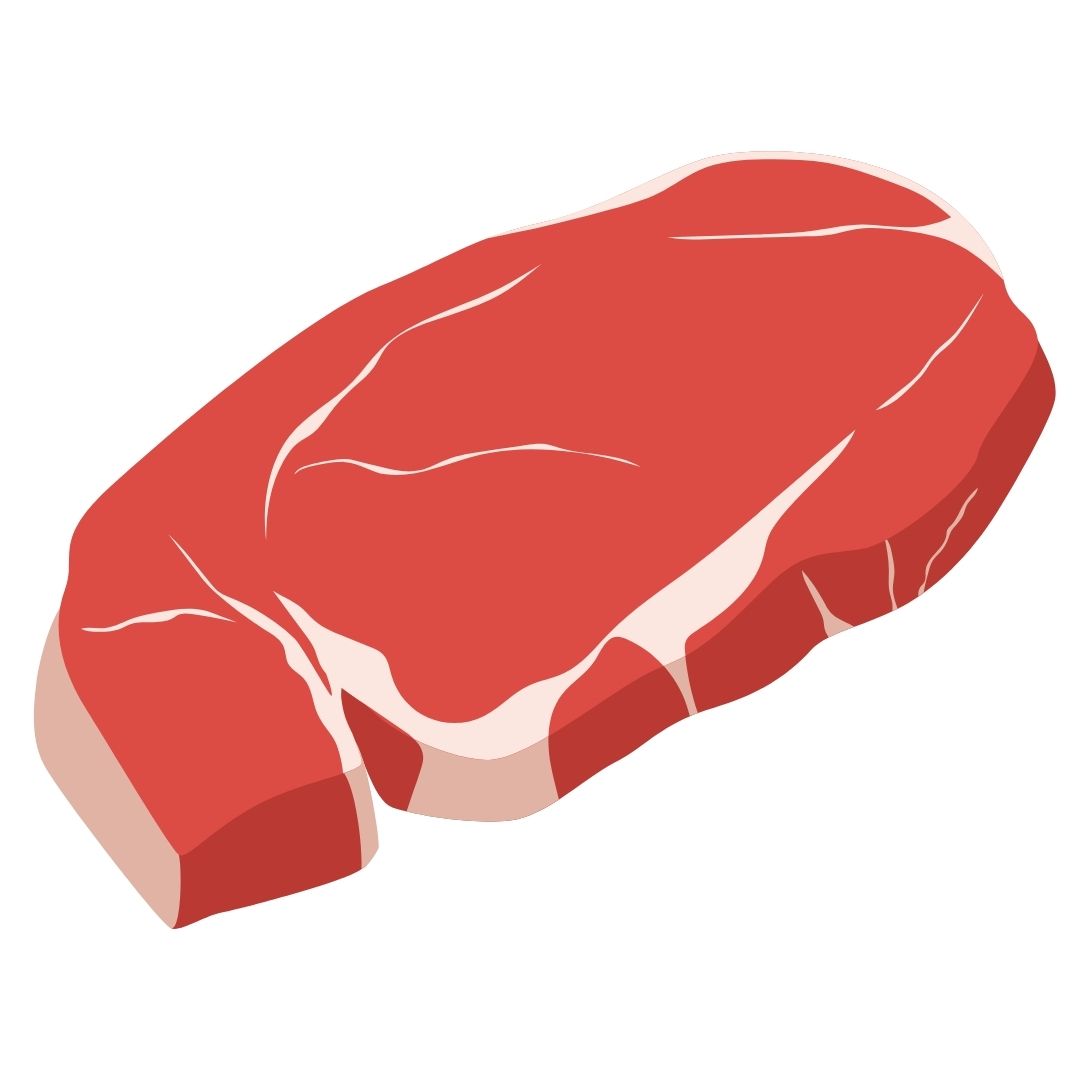 These are boneless steak cuts that come from the sirloin section (behind the rib cage) of a cow (usually around the back end of an animal).

Some people think sirloin steaks are too tough and lack flavor. We must disagree. When steak is prepared and cooked correctly, it has a distinctly beefy flavor. They're a good choice because they cost less than most other kinds of steak.

How to Prepare Sirloin Ribs:

Technically, this is not a type of meat but rather a way of cooking meat. Most supermarkets sell beef under the London Broil brand name. A top round steak is usually taken from the back of a cow. Make sure you buy the right cut of meat from the butcher before you start cooking. Sometimes flank steak is sold under the London broiler name as well.

How to Prepare London Broil Ribs:

This steak has no bones. It's just a ribeye without the rib bone. A tomahawk's meat thickness depends on the thickness of the bone. However, most measure around 2 inches. Make sure you've been working out before trying any of these bad boys. They're so heavy they could feed a whole family!

How to Prepare Tomahawk Steak:

A flap steak is the lower part of the sirloin section of beef.

With these steaks, you get a sweet and meaty flavor but the texture can be rather coarse and loose. Flap steak is similar to skirt or flank steak in terms of its feel and texture.

How to Prepare Flap Steak:

The looser the grain of a flap steak, the better it works as a marinade. Open grains allow for seasonings to be held up better than closed grains.

Grilling a flap steak over medium heat is best. After which, cut it into thin slices against its grain in order for it to be tender.

The Tri-trip Steak will definitely provide you with the rich flavor you're looking for. This steak is found at the bottom sirloin area of a cow. The cut is from the tri-tip roast. It easily competes with the more famous rib eye steak but it’s much less expensive than that. If you prepare the beef correctly, a tri-tip is among the most tender and flavorful of all cuts of beef.

How to Prepare Tri-trip Steak: 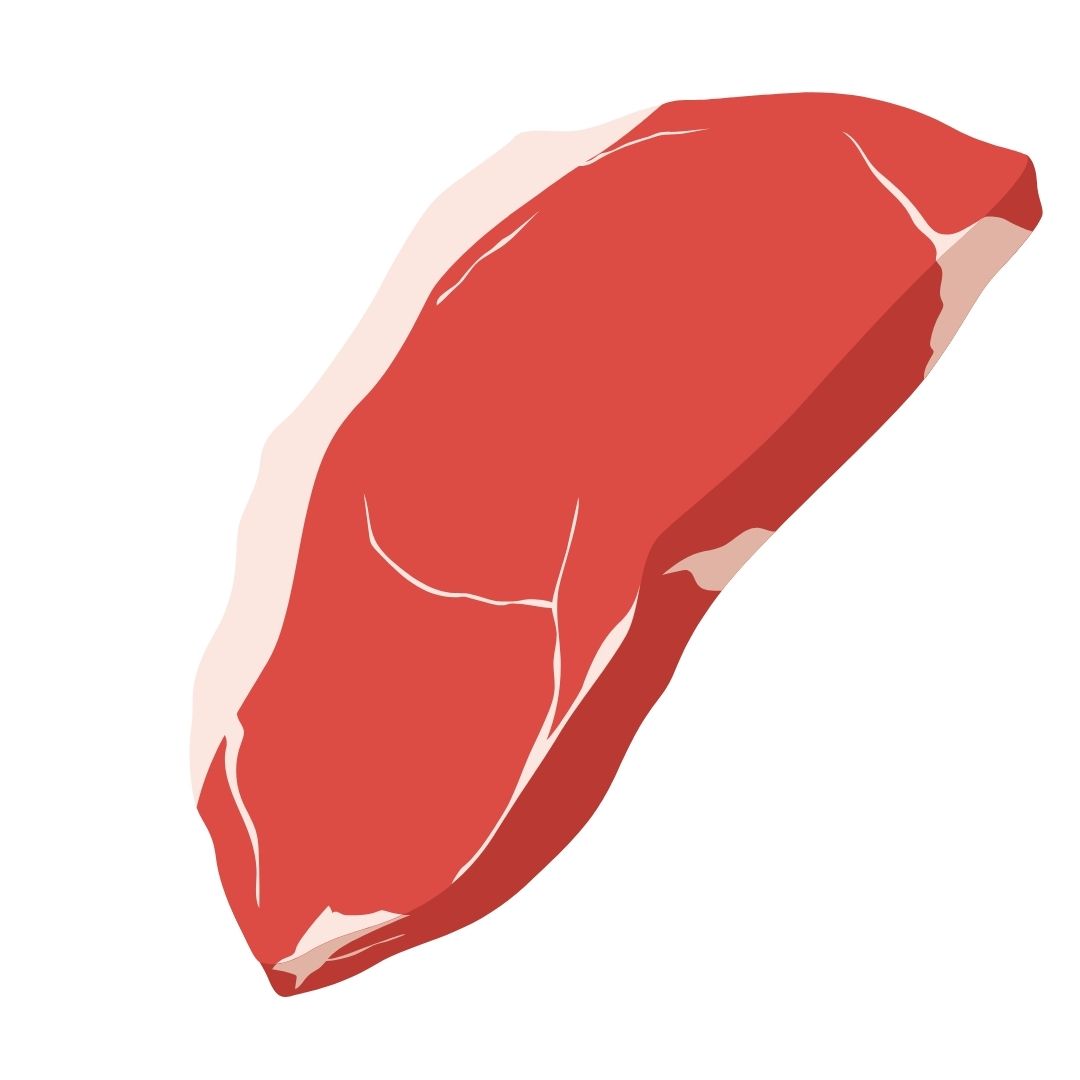 In our list, this is arguably the most well-known. If you cook this inexpensive cut of beef properly, it tastes incredible.

Rump steak is lean and moderately tender, making them one of the best-fit steaks for marinating

How to Prepare Rump Steak:

Denver steaks are one of the best cuts of beef because they come from the under-blade region, which produces some of the richest roasts but also some lesser-known steaks.

Denver steaks are typically quite tender, have a good beefy flavor, and often have a lot of fat.

Denver steaks are perfect for grilling as long they're properly cleaned and sliced.

You've probably never ever heard of a Coulotte steak. There are plenty of people out there who feel the same way.

Despite being less well known than other cuts of steak, the Coulotte deserves inclusion in the pantheon of good steak cuts.

It's cut from one of the most tender steaks of the top sirloin, and comes from the tastier part of the meat called the "top sirloin." It's tender and tasty while being thin.

Despite its fancy-sounding name, a Coulotte is a low-cost, everyday steak that will soon become your new favorite.

How to Prepare Coulotte Steak:

Get ready to impress your family and friends with your fantastic roast! Here at Culinary Depot, we provide the tools of the culinary trade for professionals and home cooks. If you'd like to learn more about our roasting ware, contact us today.