Cherry season is upon us! There is nothing quite like a bowl full of cherries or a slice of cherry cobblers. Before you start eating and baking, you should be aware of the differences between various kinds of cherries. Knowing which types of cherries are most common will help you choose which ones to buy when shopping for them.

What is a Cherry? 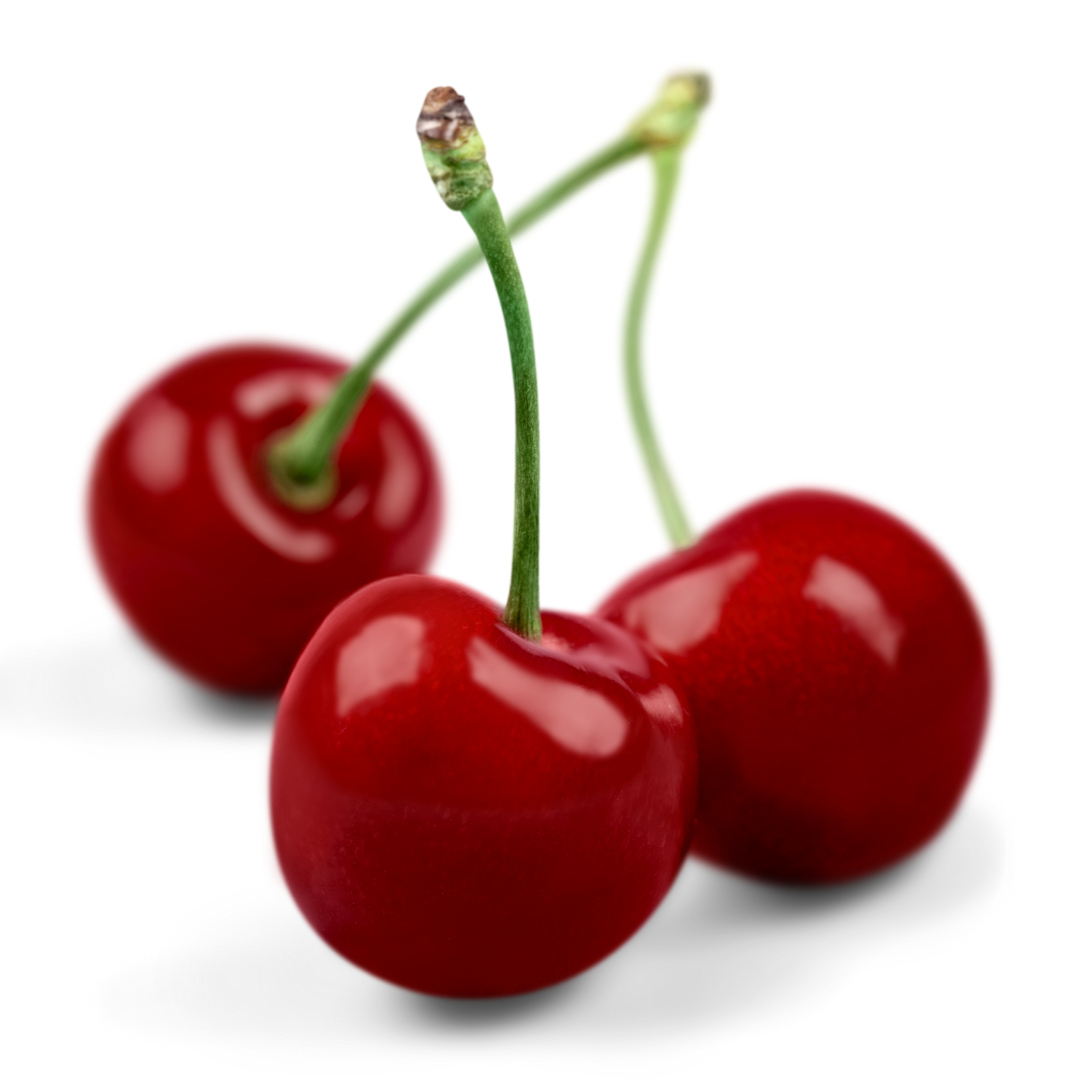 They are a type of stone fruit, and they can be classified into two main types: sweet cherries and sour cherries. They have a large hard seed in the center covered by its fleshy pulp.

Sweet cherries are delicious on their own. They usually show up in grocery stores in early May and are available until late August. On the other hand, sour cherries are too tart for most to eat straight, but they're perfect for baking into pie crusts and making jam and preserves. Sour cherries don't travel well so they're usually sold frozen or canned. You can use sour cherries too, but most sour cherry recipes call for acidic ingredients like vinegar, lemon juice, or even wine to balance out the tartness. If you're substituting sour cherries for sweet cherries or vice versa, you may need to adjust the sugar and/or acid content accordingly.

Read on for a closer look at the common types of cherries and their uses!

Common Type of Cherries and their Uses 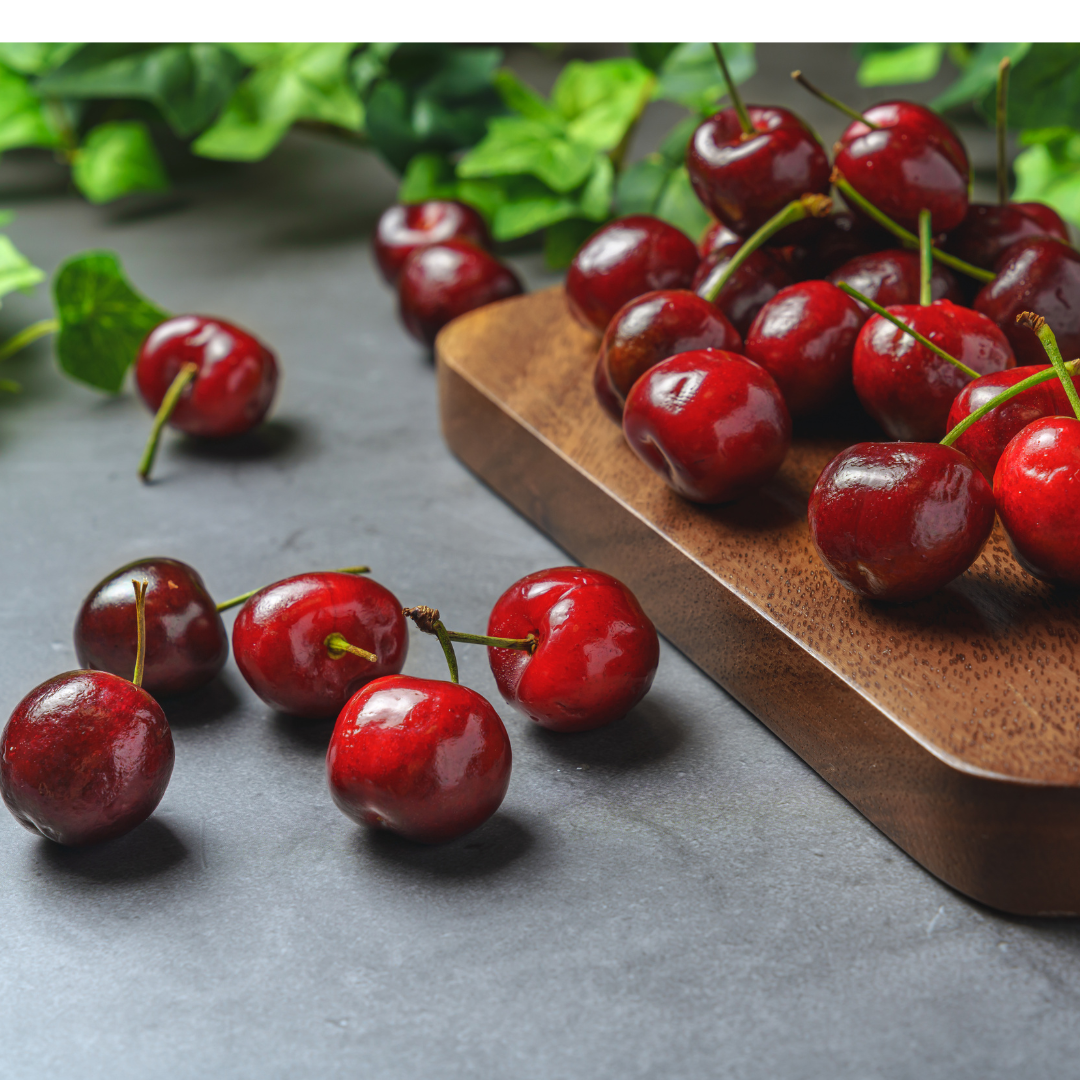 It's the most common type of sweet cherry you'll find in supermarkets, both fresh and frozen. These cherry-sized fruits are firm, juicy, and sweet. They're perfect for snacking. Health benefits: they're rich in antioxidants and contain anti-inflammatory properties. 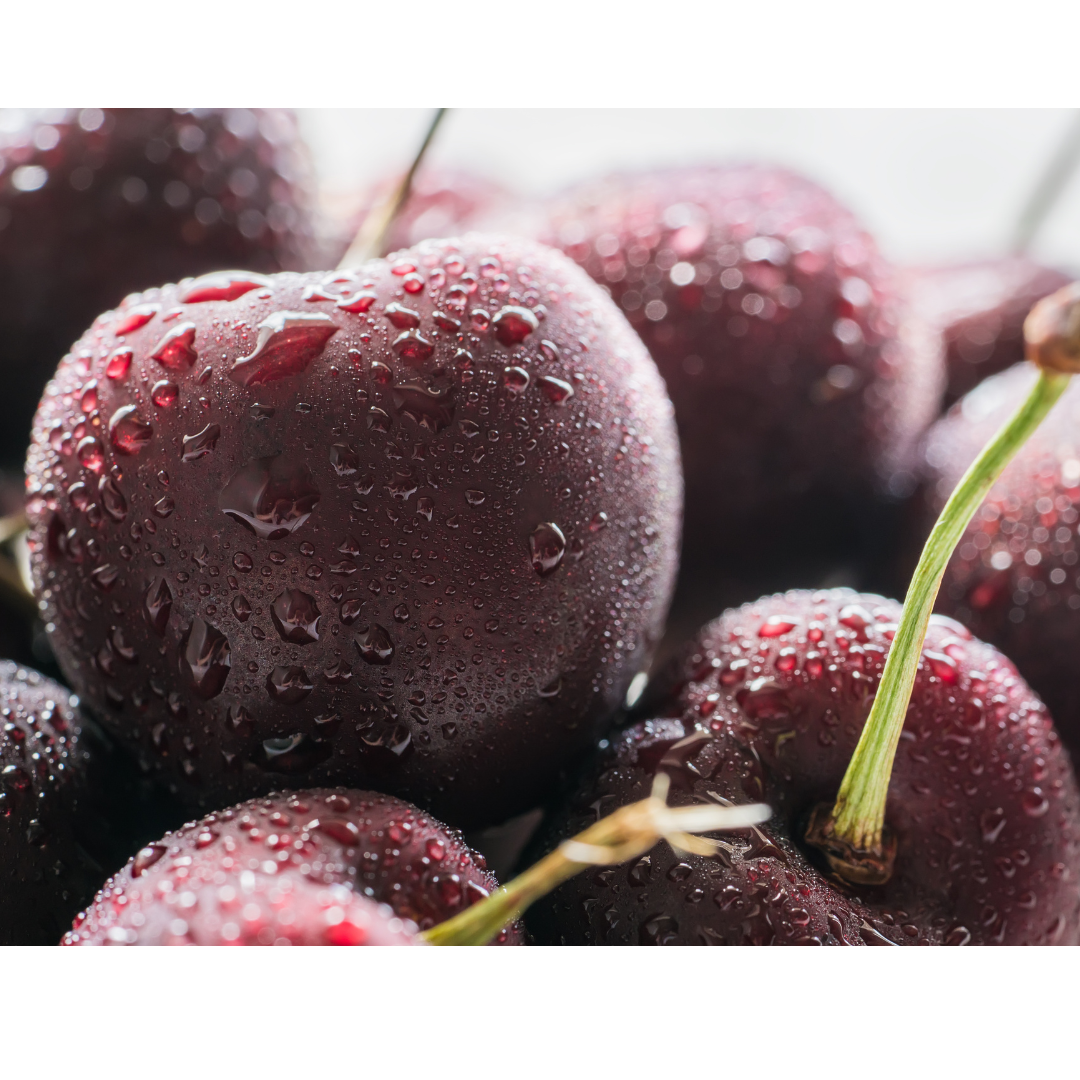 These cherries have a darker color than most cherry varieties. Chokecherries are closely related to black cherries, but they're significantly taller and the fruit has a much sweeter taste. As the cherries ripen, their color changes from bright red to deep purple and then almost black. They are amazing when used in raw applications like flavored yogurts or baked goods like black cherry pie.

Pro tip: You can use a cherry pitter to make cherry prepping easier! 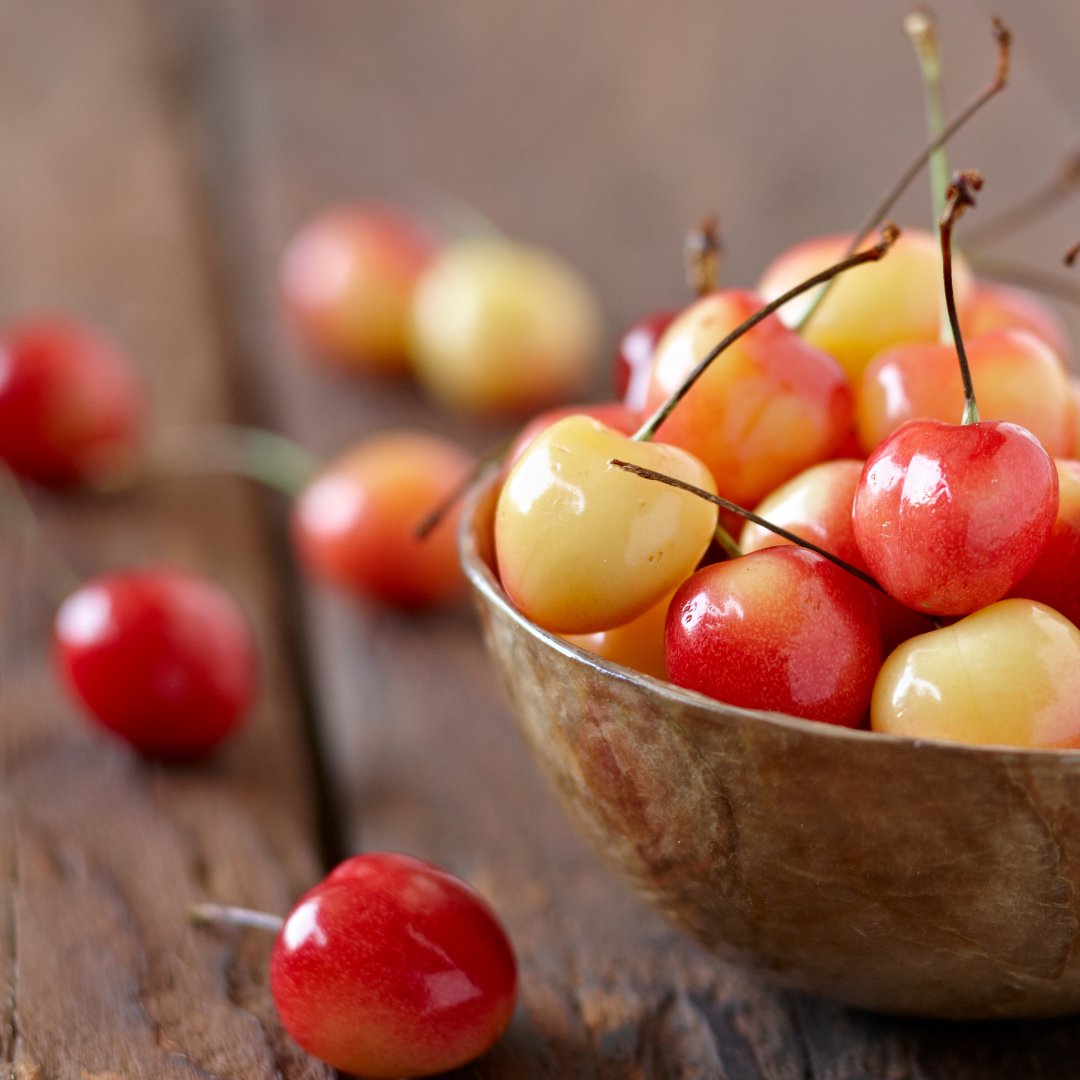 Named after Mount Rainier, which is located in Washington state, Rainier cherries tend to be easily identified by their bright red color and distinctive yellow-and-orange flesh. They’re slightly sweeter than Bing Cherries and they taste delicious on their own! They're expensive because of their short growing season. 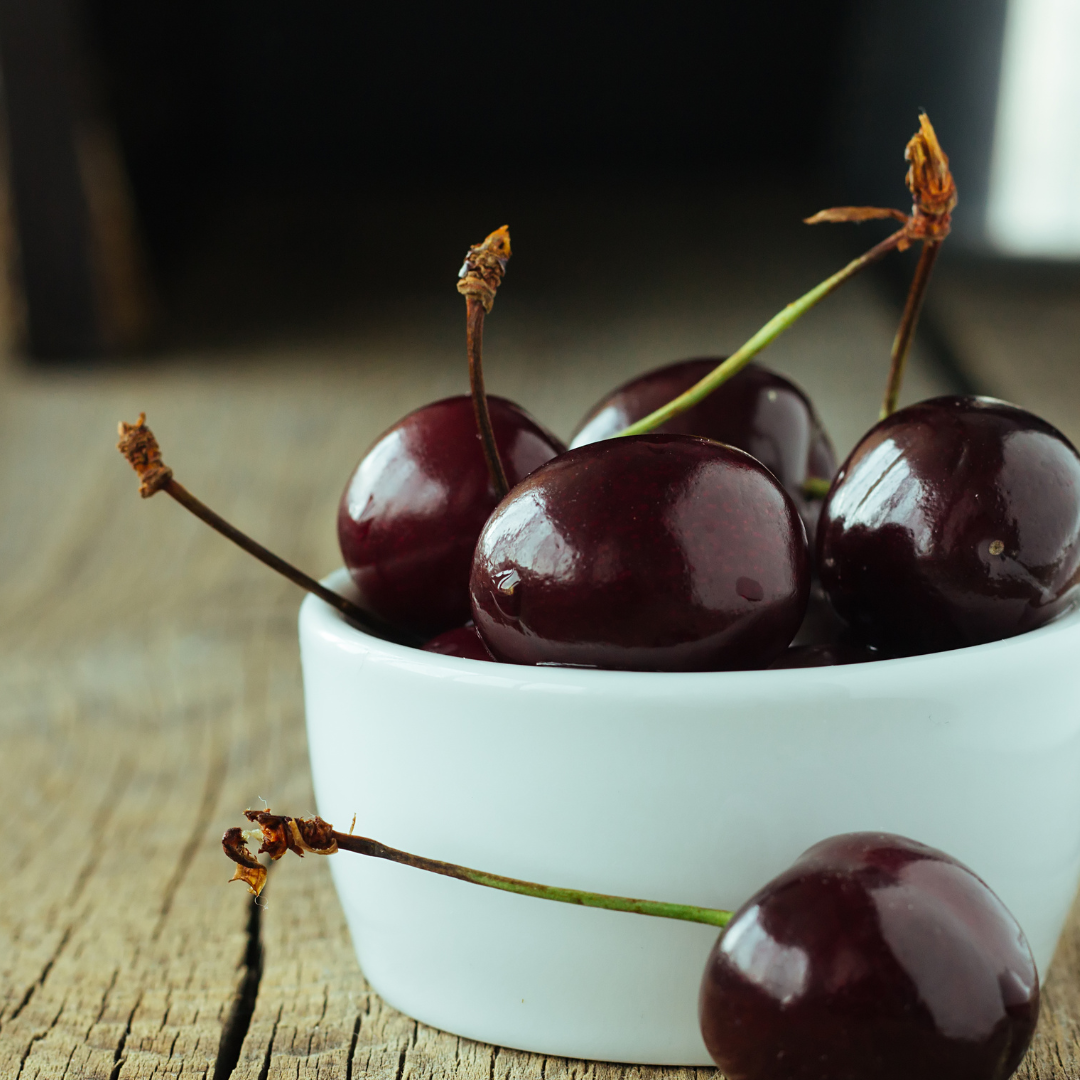 Known as black cherries, chelan cherries look similar to Bing cherries but they're slightly sweeter than their cousins. These cherries ripen early during the growing season and are highly resistant to cracking and splitting. 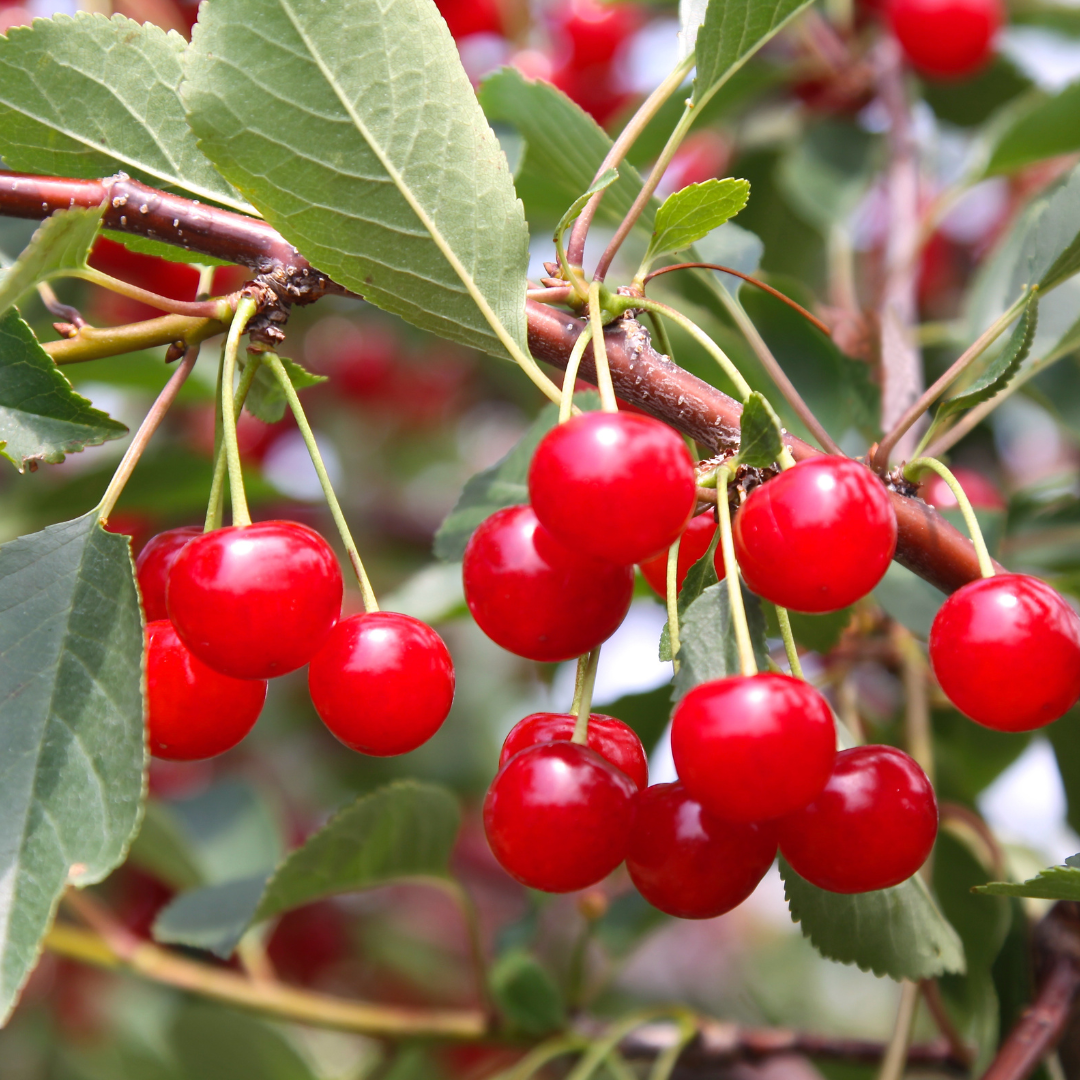 Grown in Michigan (Montmorency), they're the most popular sour cherry in the United States. They can be found frozen or canned, rather then fresh. Sour cherries are usually used for making classic cherry pie. Tart cherries are often used to make cherry juice. 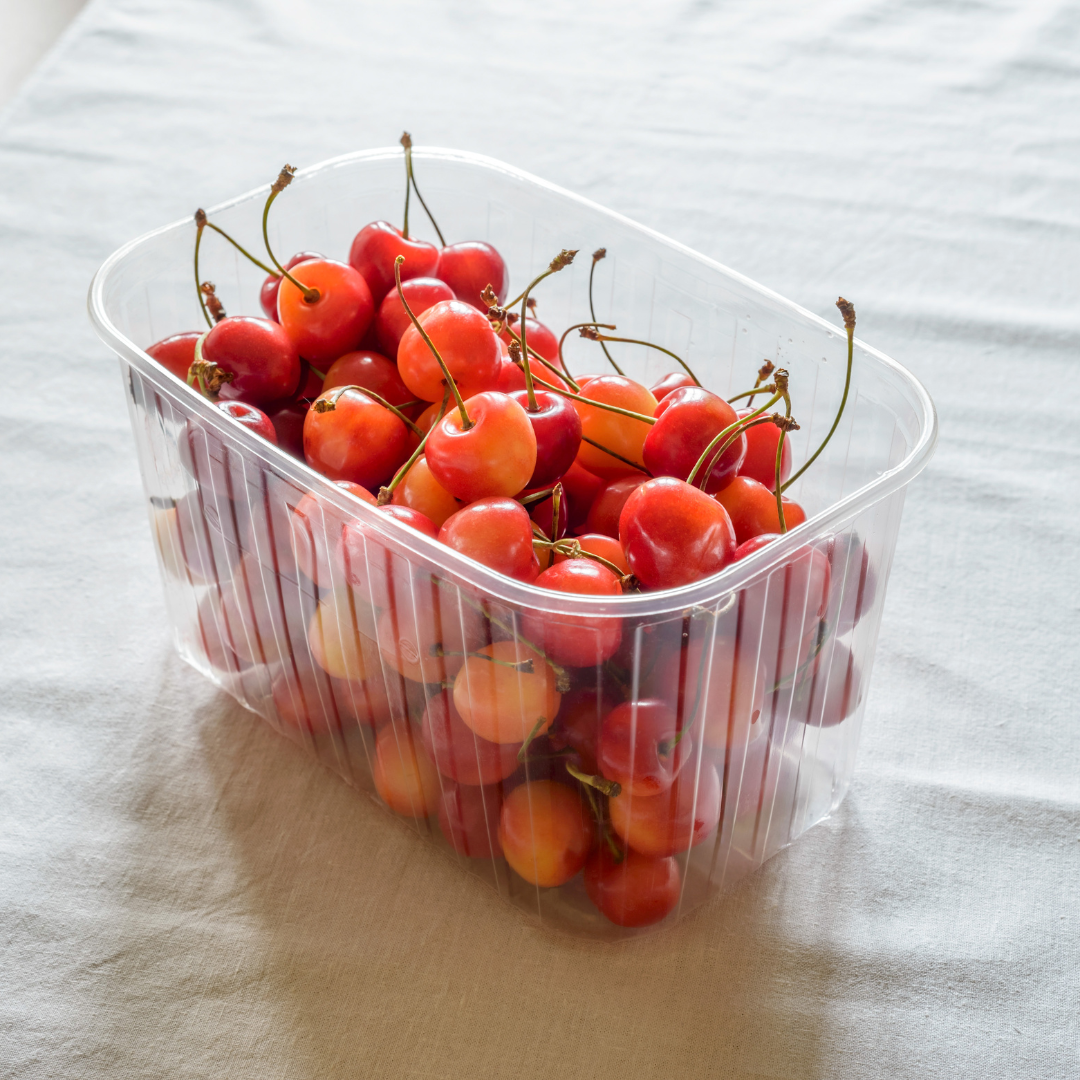 The other common variety of sour cherries are the English Morellos. You can usually find these jars of maraschino cherries in light syrup at the supermarket. 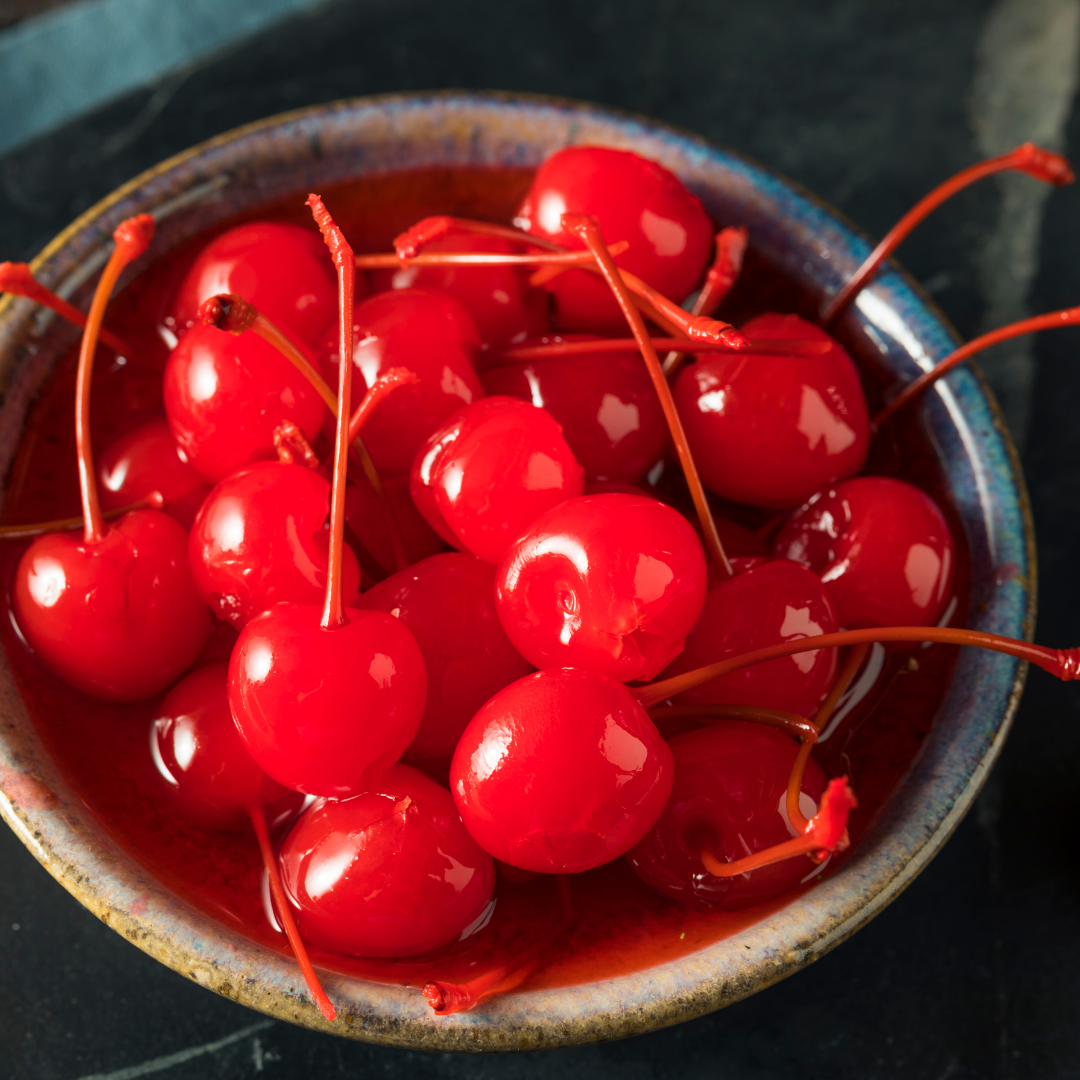 They are chewy and bright red and you see these cherries often on top of Shirley Temples and ice creams. They are not actually a special cherry variety. These sweet cherries have been preserved in brine, sweetened, and dyed. Maraschino Cherries are the perfect finishing touches for ice cream sundaes and baked goods like Tres Leches Cake. 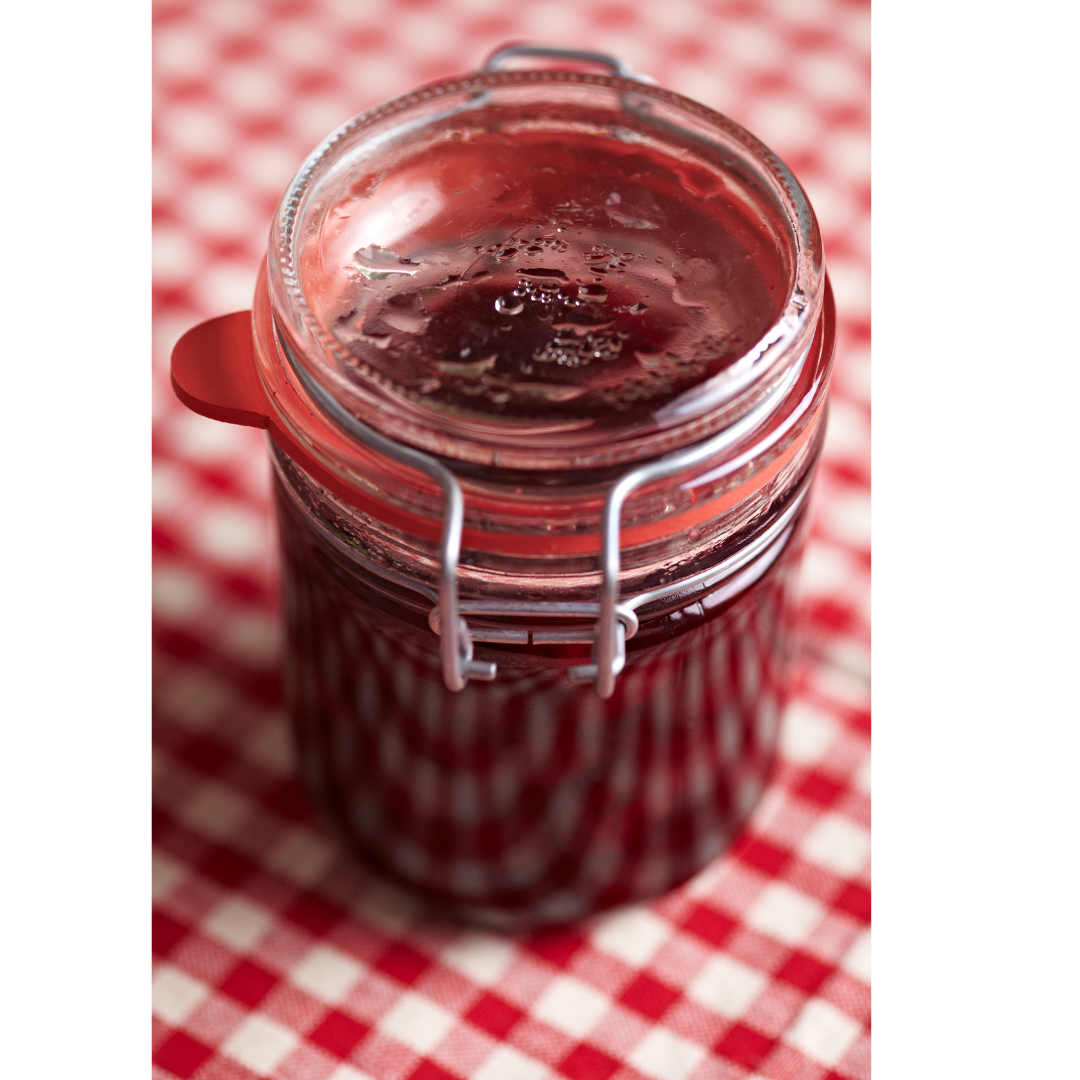 These dark sour cher­ries are native to Italy. They're usually bottled or jarred in syrups. They're delicious additions to cocktails and desserts like iced tea and cheesecake. 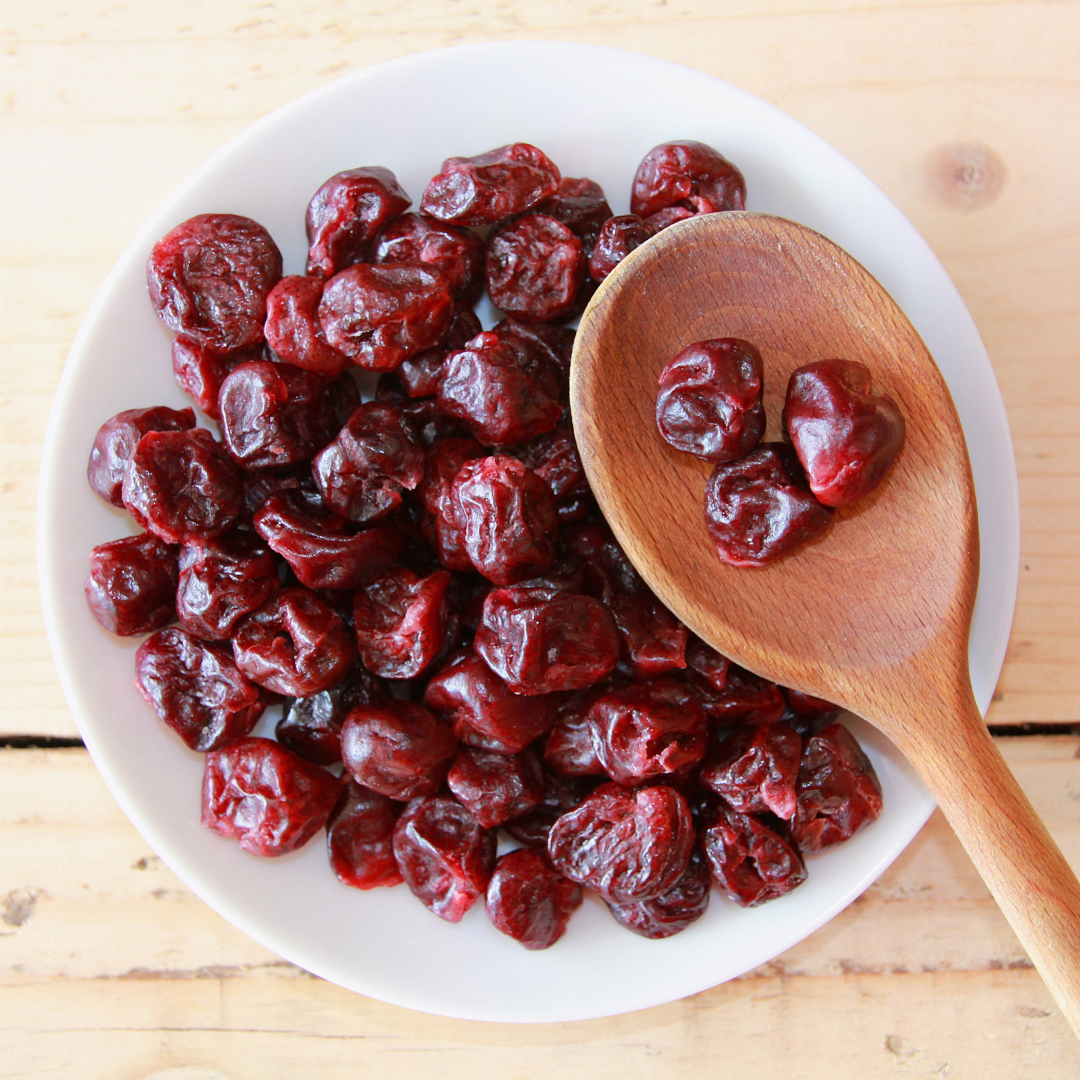 Dehydrated tart cherries are typically dried cherries. Dried cherries are available at most supermarkets. They're often found next to raisins and dried fruit. Use them in trail mixes or recipes like Ree’s Apple, Peanut Butter, and Blue Cheese Salad or Oatmeal Cherry Cookies. 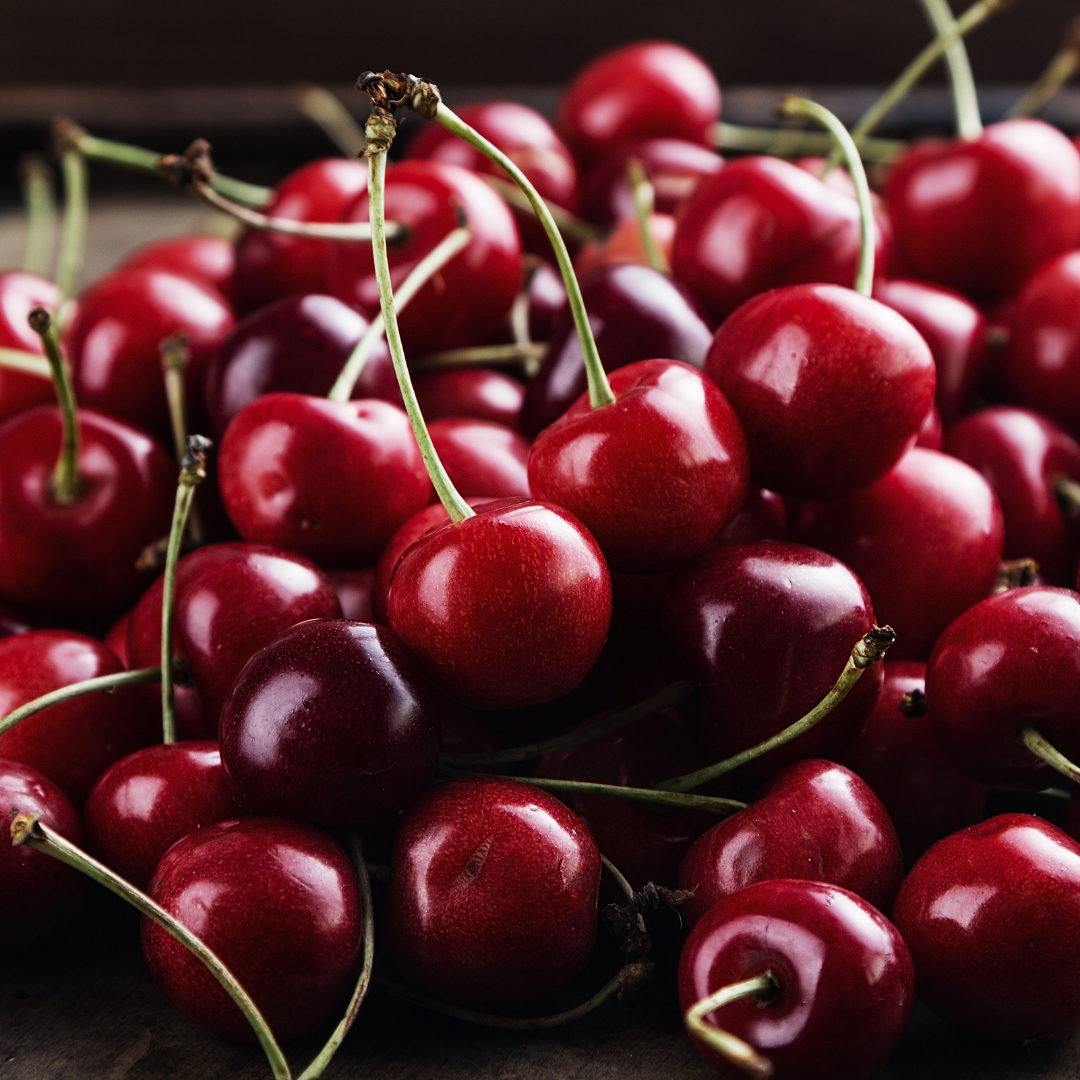 Sweet-tasting dark red cherries tend to have an incredible juiciness. They're delicious when they're fresh, but they can also be used in any recipe to add sweetness and fruit flavor. 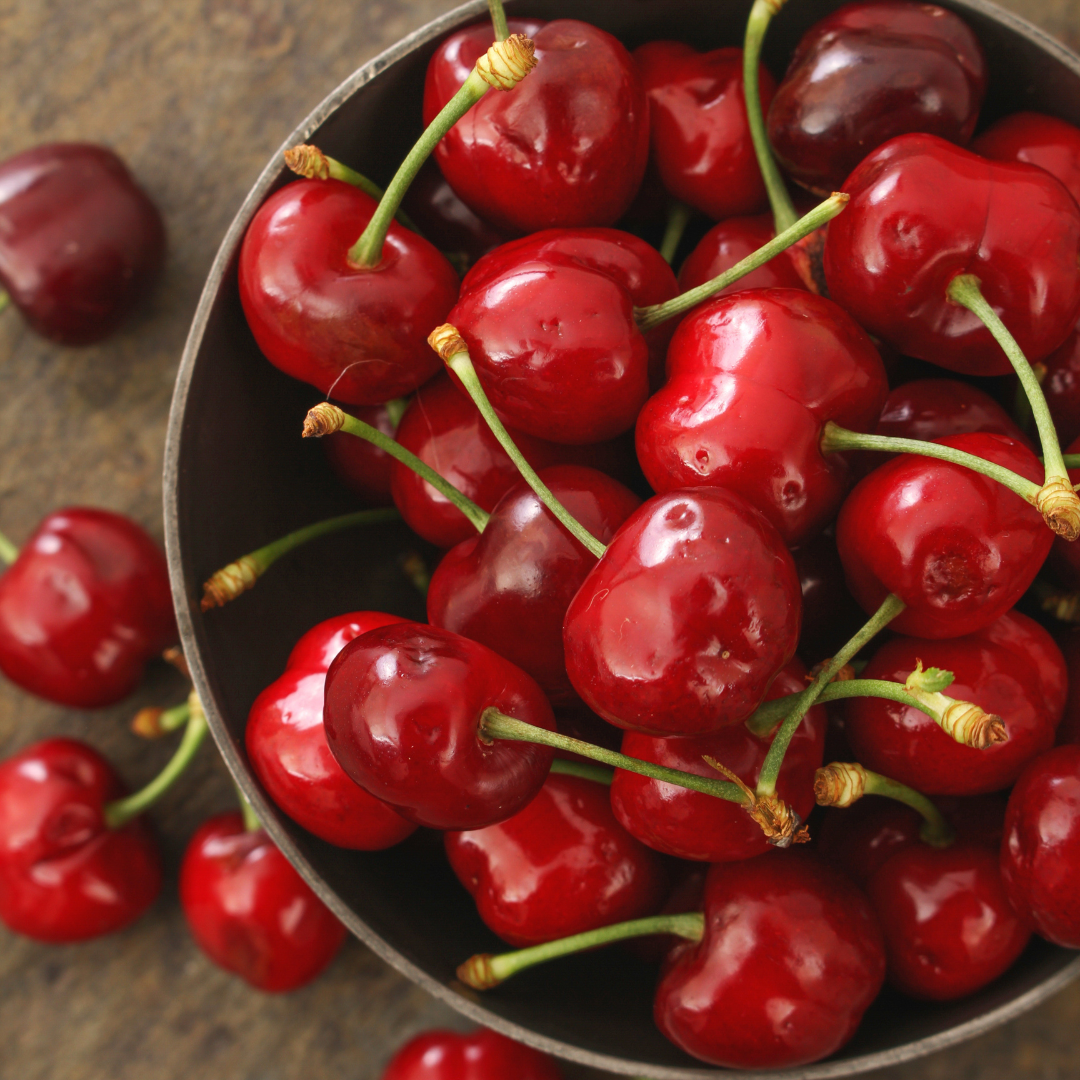 Most people who picture cherries think of them as being reddish in color. There are several types of cherries including the Lambert cherry, the Morella cherry, and the Montmorency.

These types of cherries are usually tart or sour, making them ideal for adding flavor to sweets and baked goods. The more tart cherry types are also often pressed into juice or made into dried fruit for use in cooking. 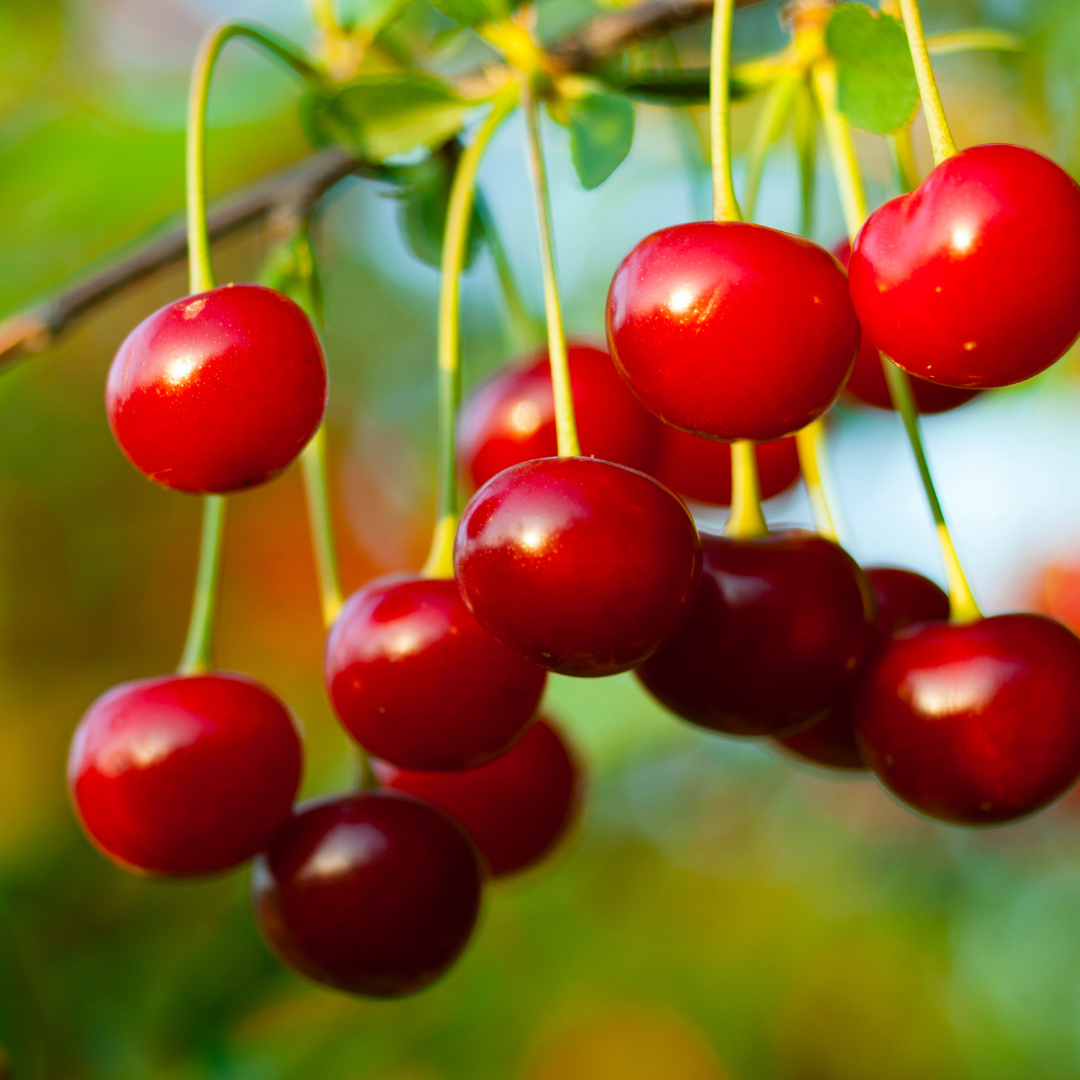 Sour cherries aren't just a flavor of candy; they're also a type of the fruit from which they get their name. Sour, or tart, cherri­es are the cherry type most commonly used to press them into cherry juice or make them into dried cherries for cooking. 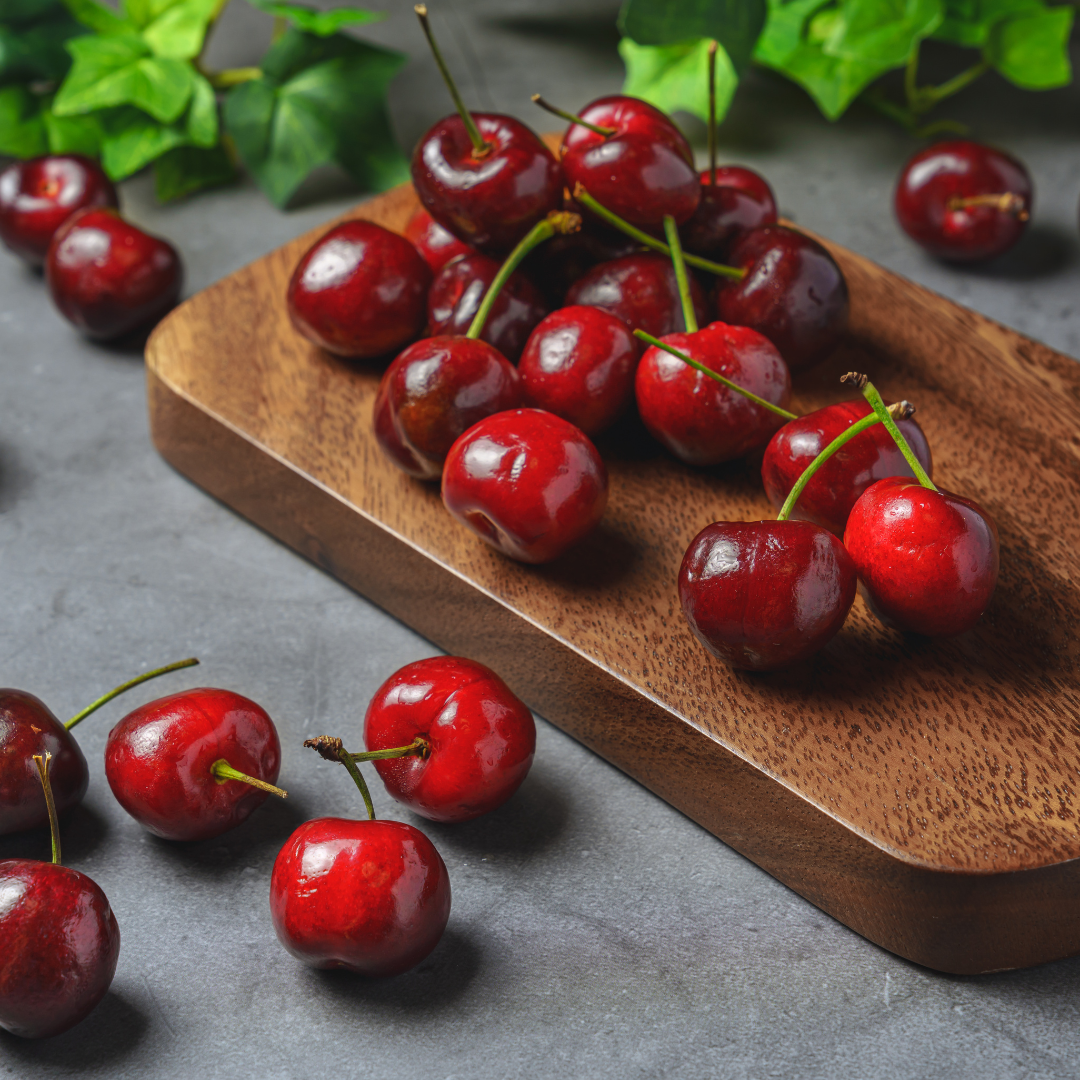 Most dark red cherries tend towards having a sweet taste. Cherries are one of life's most delicious treats, and there are several popular sweet cherry varieties including the Bing cherry, the Benton cherry, and the Cheland cherry.

There are several other varieties of cherries that taste sweeter than others. Rainier cherries are a type of sweet cherry, just like stardust cherries. These two kinds of cherries are both yellow in color, but they differ in their blush color. These make them so delicious because they're both sweet and beautiful to look at. 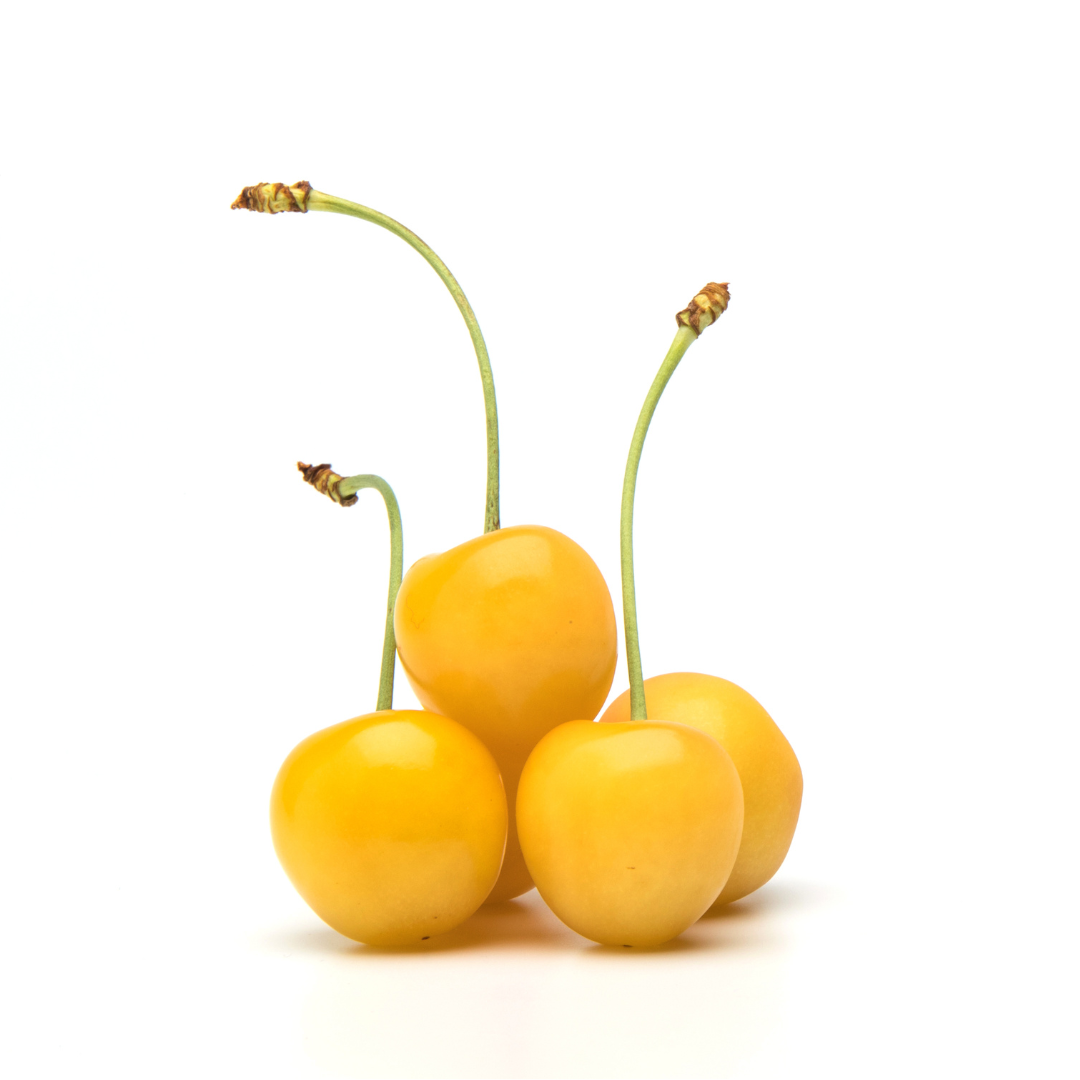 There are two kinds of yellow cherries: Rainier cherries and stardust cherries. These two cherries are both sweet, and they have a pink or red color to their skin. Another cherry variety is called the 'Early Robin' cherry.

Due to the lightness in the color of yellow cherries, it’s difficult to conceal bruises on the fruit. It's an advantage if you're going to buy these cherries since you can judge them if you know whether they've been damaged or not.

In your kitchen, you may want to invest in different quality restaurant equipment for long-term cooking. Here are some of the kitchen essentials that we recommend.

Here at Culinary Depot, we offer choices perfect for outfitting your commercial kitchen or even at home. Contact us today!