Most people are familiar with drinking cow’s milk. But did you know that some people drink goat’s milk, sheep’s milk, and other alternatives too? It is important to know the different types of milk used for consumption, in cooking, and especially baking. The type of milk plays an extremely important role in the kitchen so in this article, we discuss the different types of milk and how you can use them in your kitchen. 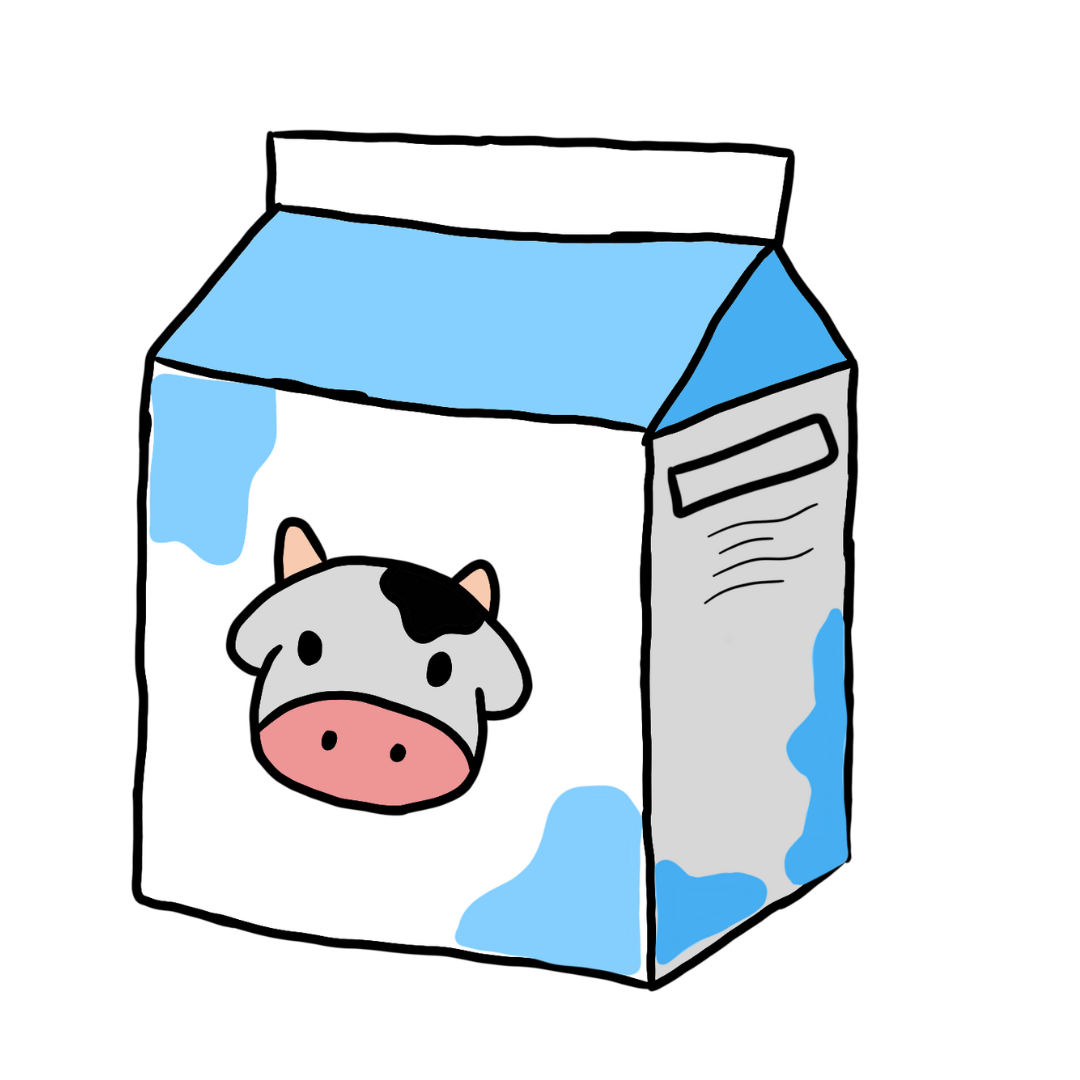 Reduced-fat milk has less than 1/2 cup of whole milk per serving, so it’s labeled as “reduced-fat” milk. It doesn’t mean that one 8-ounce glass of reduced-fat milk contains 2 percent milk fat. Here's one nutrition fact to keep in mind: A cup of skim milk (2% milk) has the same number of essential nutrients as any other kind of milk. 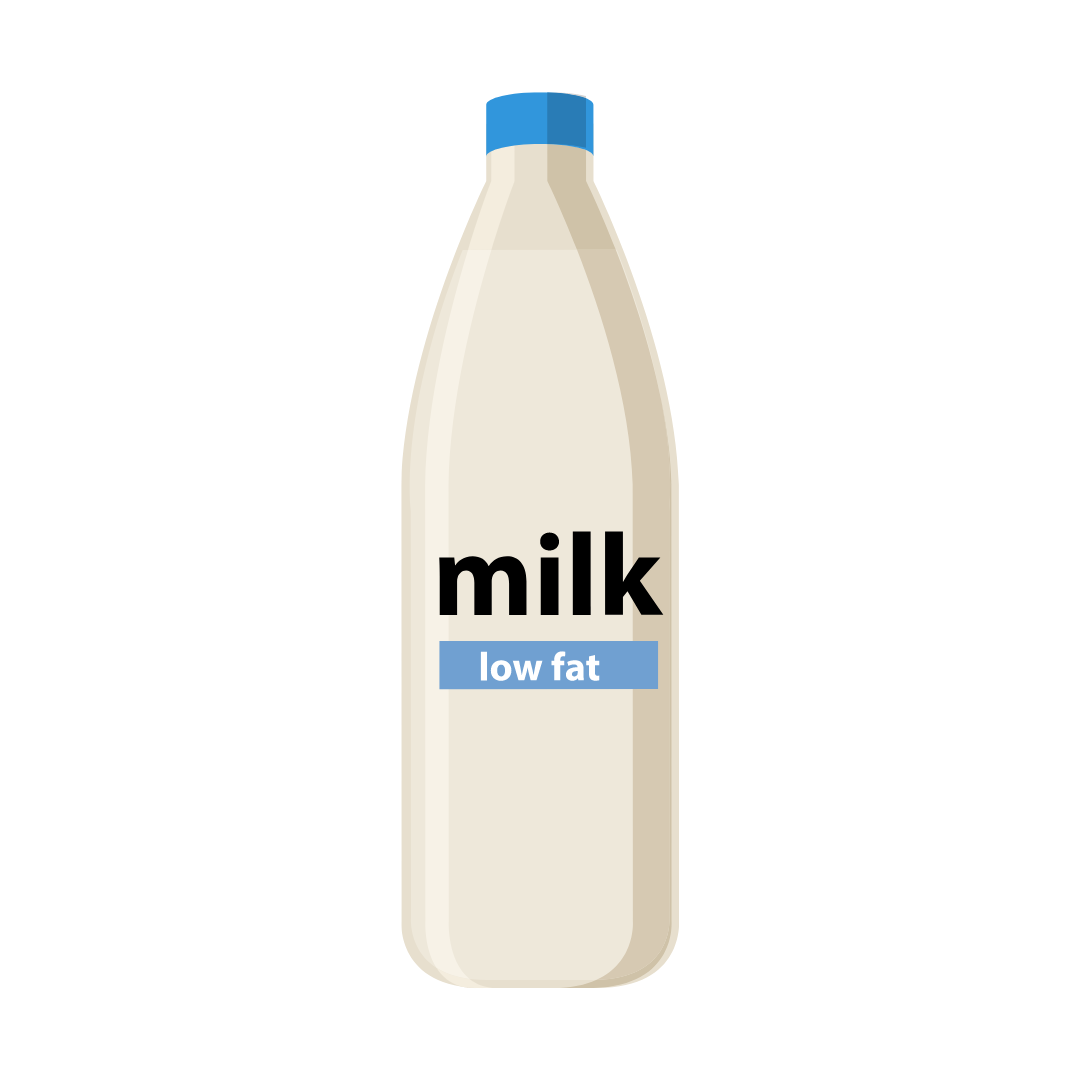 For people who are looking for the same nutrition as whole milk, but would prefer to cut calories and fat from their diet, low-fat milk is a good option. Because it contains fewer calories than regular milk, one cup of low-fat milk has just 80 calories. People often believe that skim milk has less fat than whole milk because it contains water instead of cream. But that’s not true at all. All 13 essential nutrients, including 6 grams of high-quality proteins, remain intact. 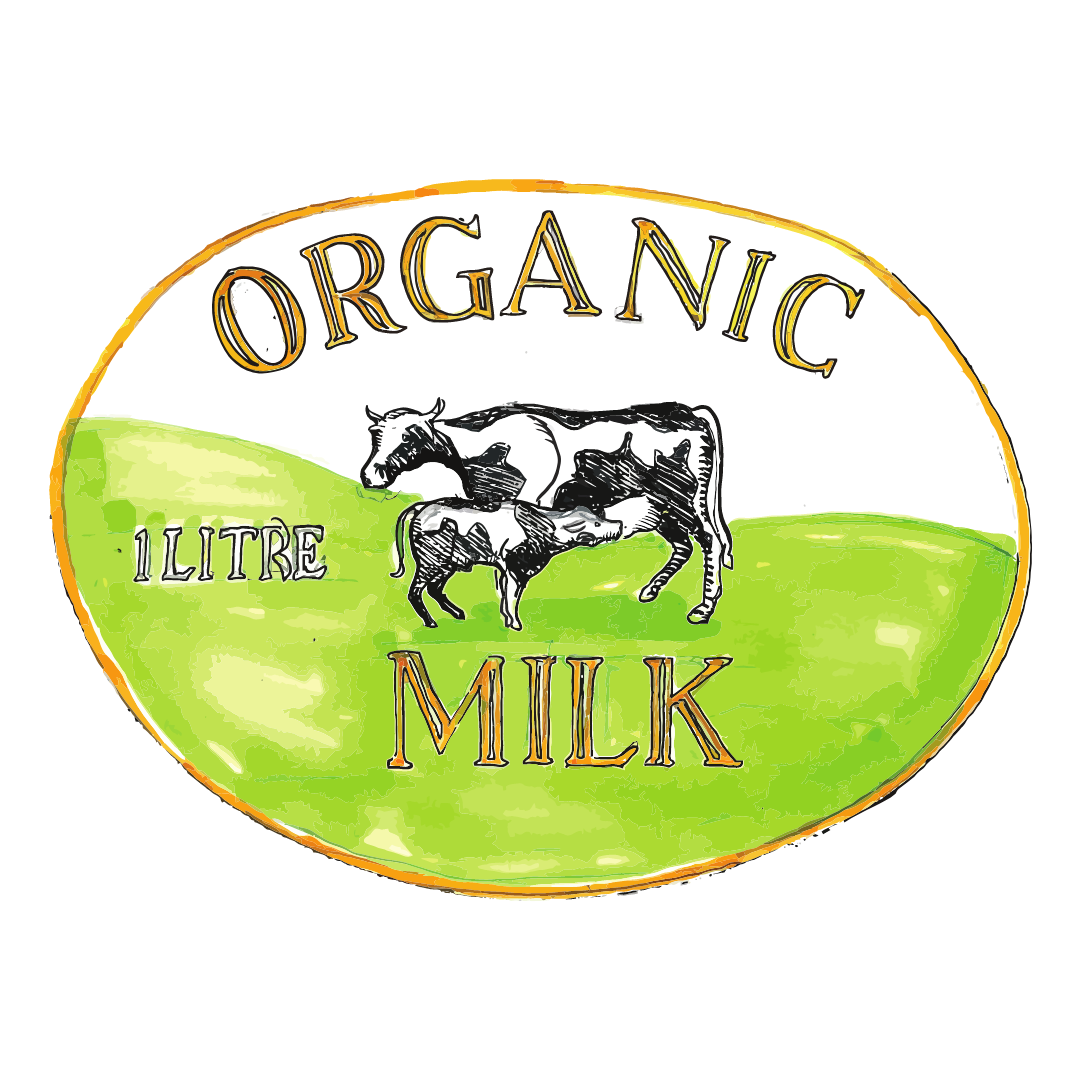 Organic agriculture is an agricultural system where no synthetic fertilizers, pesticides, or sewage sludge are used. What cows eat determines whether they produce organic milk. Farmers who raise grass-fed cows tend to be more environmentally conscious than dairy farmers who feed them corn.

Cows, whether they're raised on an organic or conventional farm, get the best care from their dairy farmers. Dairy farming is one of the most challenging aspects of a farmer's job because it requires constant attention to animal health.

You can drink any type of milk (cow’s milk, buffalo, sheep, or goat) This milk has at least 3.5 percent fat content which makes it healthy for you. 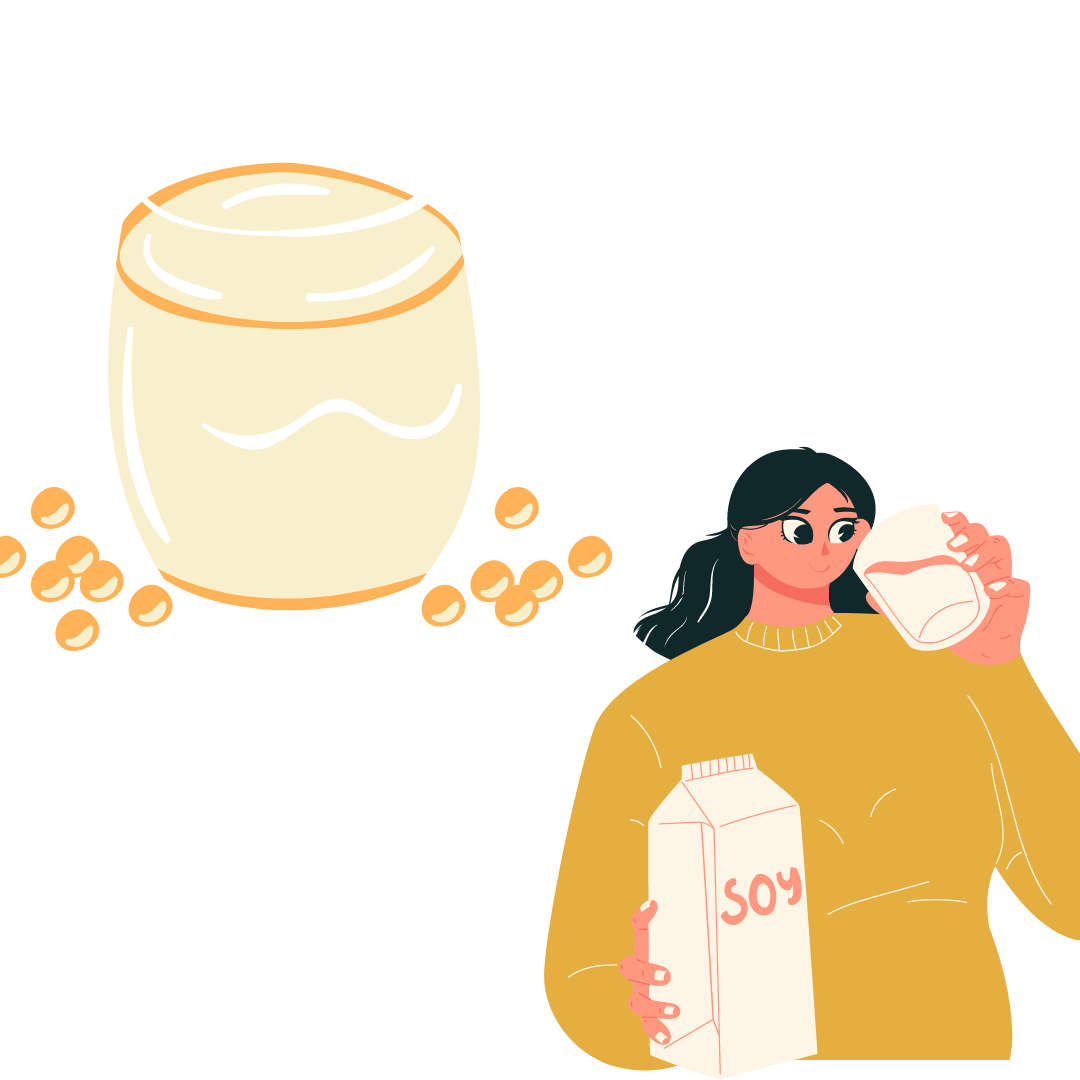 Soy milk is an emulsified mixture of oil, water, and proteins derived from the soybean. It contains no milk proteins.

Soy milk doesn't naturally contain calcium, so it needs to be fortified. All ingredients must be listed on the label.

It is whole and pasteurized milk. The milk is treated mechanically so there is no separation of fat from the milk.

This is the best milk to use for tea and coffee as the fat does not separate and float on top.

Fat from the whole milk is separated by a centrifugal force (centrifuging).

Add vitamin A and D to skimmed milk. It is also known as low-fat milk or fat-free milk. 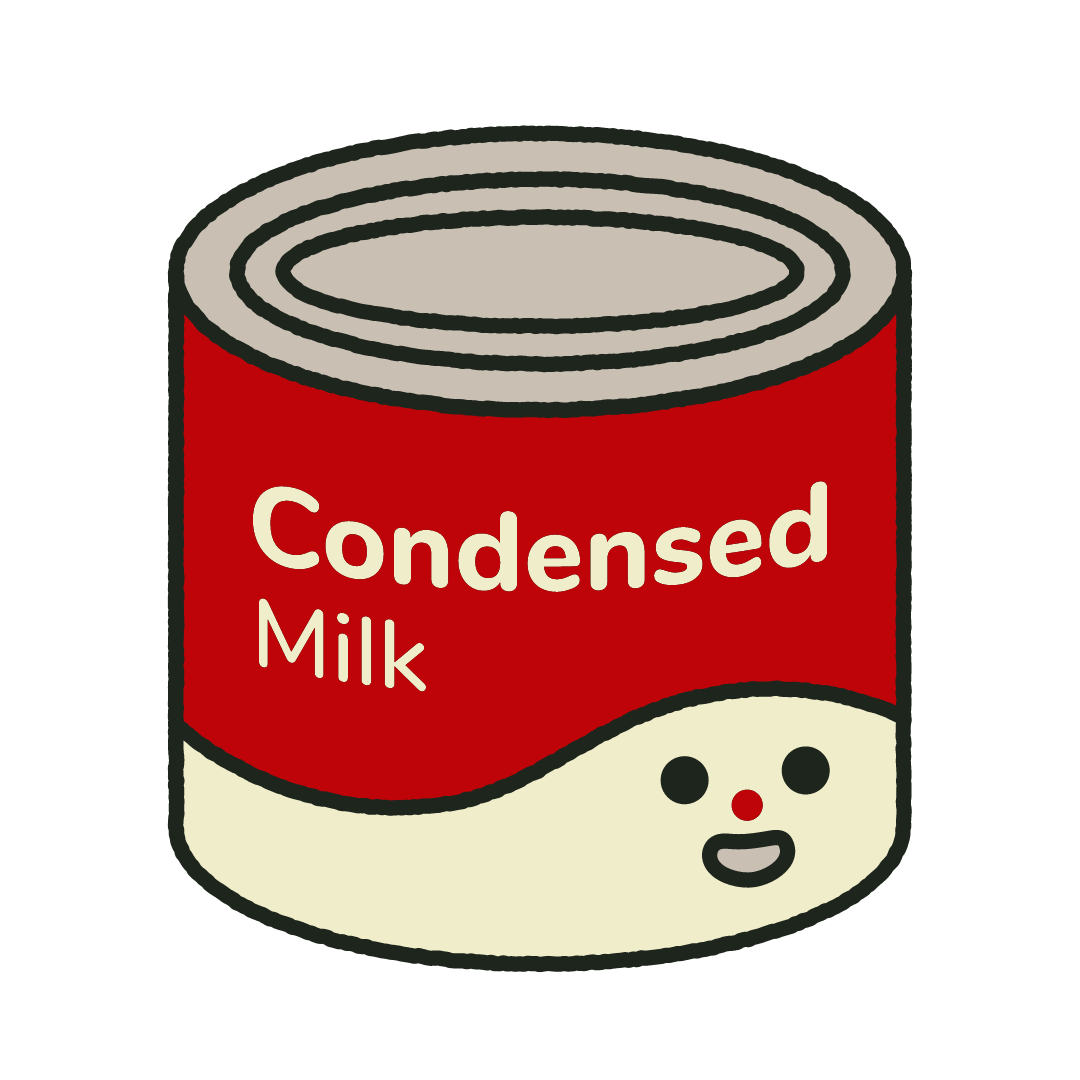 It can be made from low-fat milk or whole milk in which sugar and additives have been added to produce an opaque and creamy product.

Butter is the by-product produced when churning cream into butter. Buttermilk today is usually made by adding lactic acid bacteria to pasteurized milk.

This milk is used to make sorbets, ice creams, and other pastry recipes.

This is whole milk that has been processed so that the water content has been reduced.

The milk powder provides an enriching effect when added to bread or cookie dough. 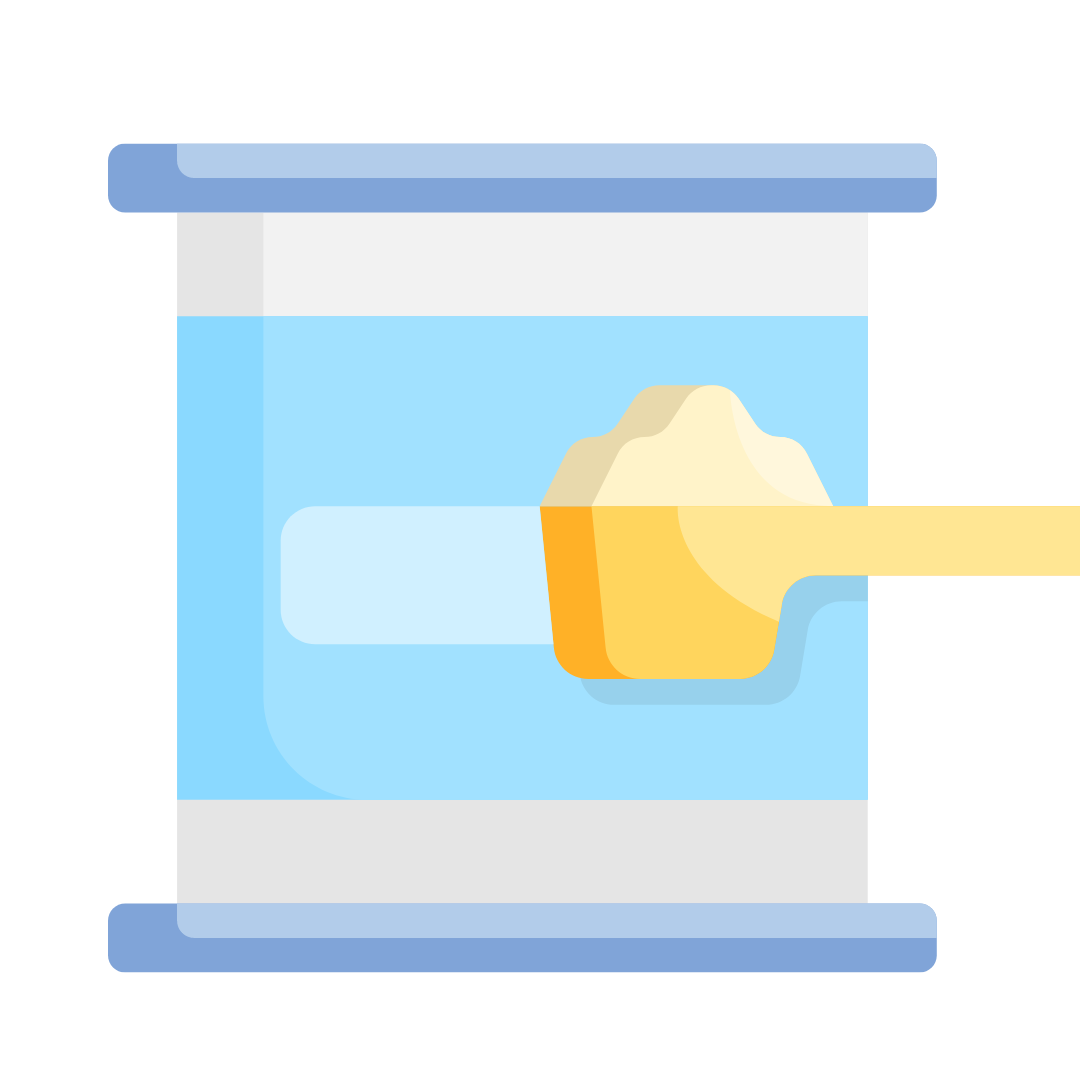 In Hindi, it is also known as khoya and it is extensively used in Indian desserts.

This is obtained by cooking the milk over slow heat till most of the liquid evaporates and the remaining solid mass is sold off as milk solid.

Unpasteurized milk is a raw milk that hasn't been pasteurized. This kind of milk isn't homogenized or pasteurized, which means it hasn't been heated to kill any disease-causing pathogens that may be present. Because of these risks, the FDA advises against consuming raw milk and prohibits its sale across most of the United States. Advocates would argue it contains beneficial nutrients, enzymes, and probiotics that are removed by pasteurization. There’s little to no science supporting these claims. If you’re unfazed by food safety concerns and curious about this strong-smelling and robustly flavored stuff, you can acquire some at a local dairy farm.

Lactose intolerance occurs when lactose triggers gastrointestinal symptoms such as nausea, diarrhea, bloating, and gas in people who consume dairy products. Luckily, there’s an option for people who don’t want to drink cow’s milk but still want its health benefits. Cow’s milk without lactase is called lactose-free milk. It is made by adding an enzyme to cow’s milk so that it doesn't contain any lactose. Best of all, the change to the lactose content doesn't affect the nutritional profile or taste of the cow's milk, so you really don't need to worry about drinking down an almost identical version of dairy. 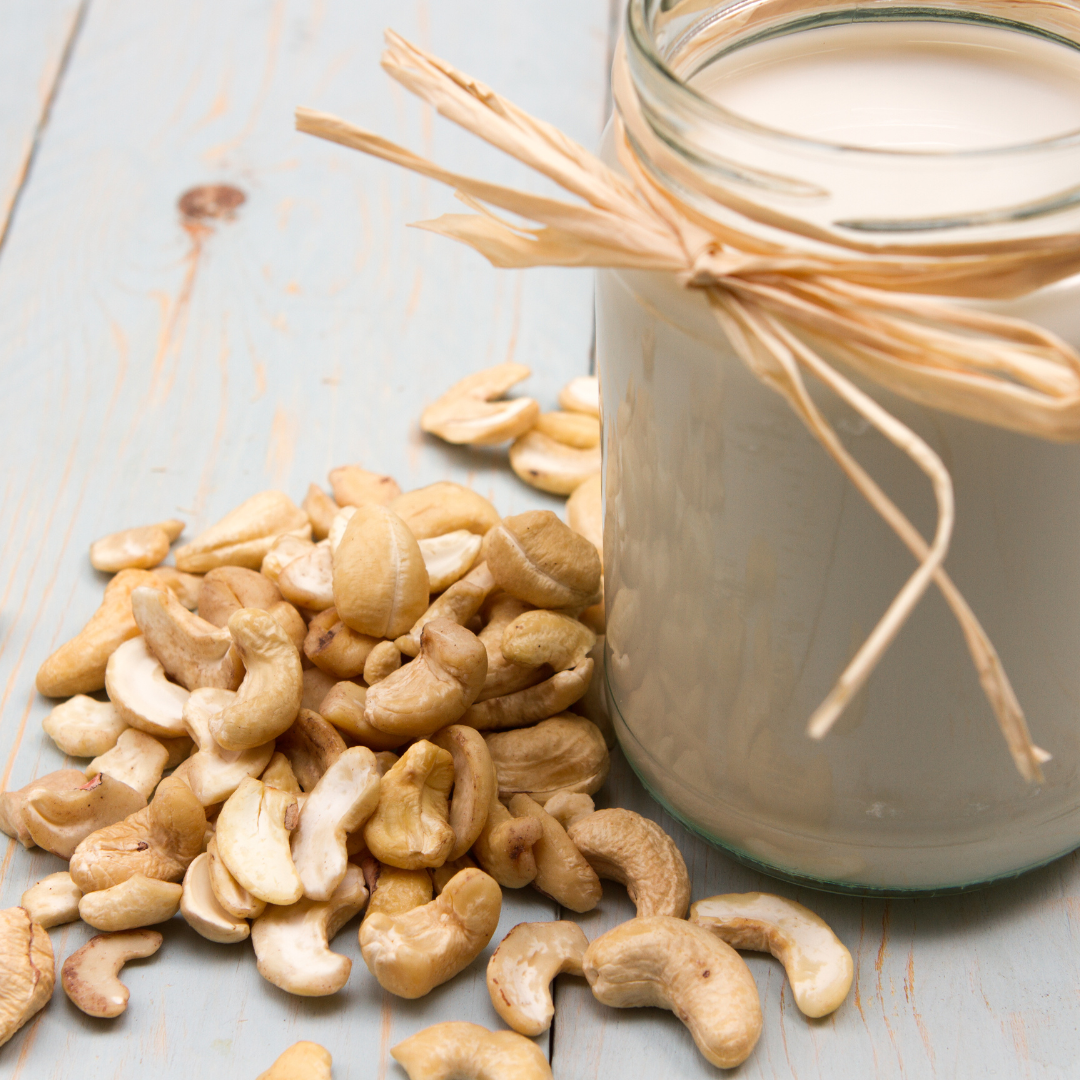 Made from cashews that have had their outer shells removed, this creamy, silky, and naturally sweet plant-based milk has no added sugar. Cashew milk is high in protein, fat, vitamins, minerals and healthful plant compounds. You can buy almond milk at the store in either sweetened or unsweetened varieties, but making it yourself is a good way to get a 1:1 alternative to cow mil­k that works well in most cases. 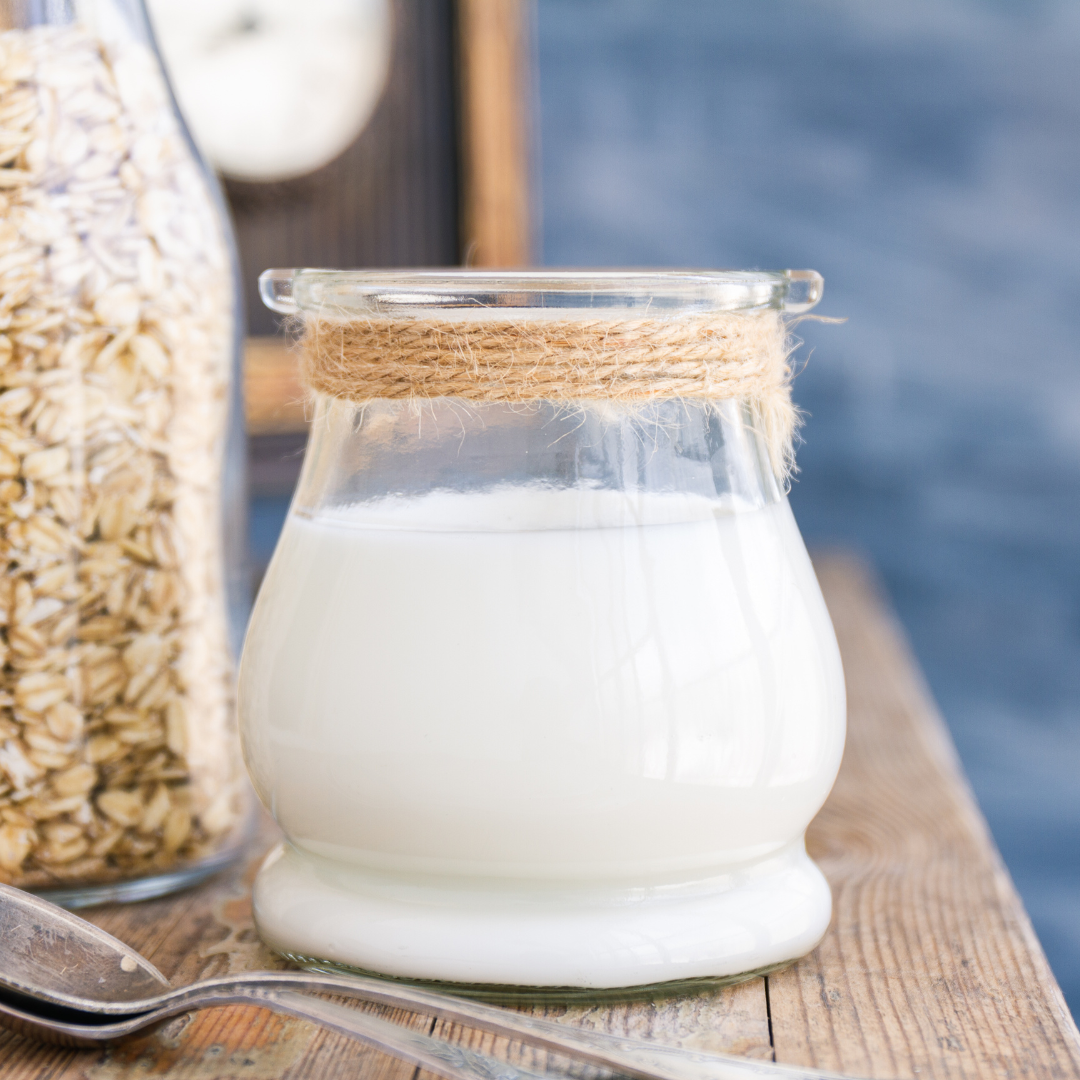 You've probably heard of adding milk to your oatmeal, but did know you could actually make milk from oats. Oat Milk is a dairy-free substitute for regular milk that’s convenient and free from most common allergens, such as gluten, nuts, and soy. You don't need anything fancy to make oatmeal at home. Just mix regular old rolled oats with enough water to get them going. Then just let them sit for a few minutes until they're thickened up. The resulting milk will be thick and slightly creamy, with a pleasant nutty smell that makes it suitable for baking, cooking, and drinking cold.

Toned milk, an Indian drink made from skimmed milk added to whole milk, reduces the fat contents of the cow’ s milk without diminishing its nutritional values. Don't be fooled into thinking that this kind of milk will help you achieve your dream body because it has significantly more saturated fat than regular cow's milk. Toned milk is creamy and rich, and makes an excellent base for other dairy products like butter or cream cheese. It's not as indulgent as straight-up, calorie-laden buffalo milk. 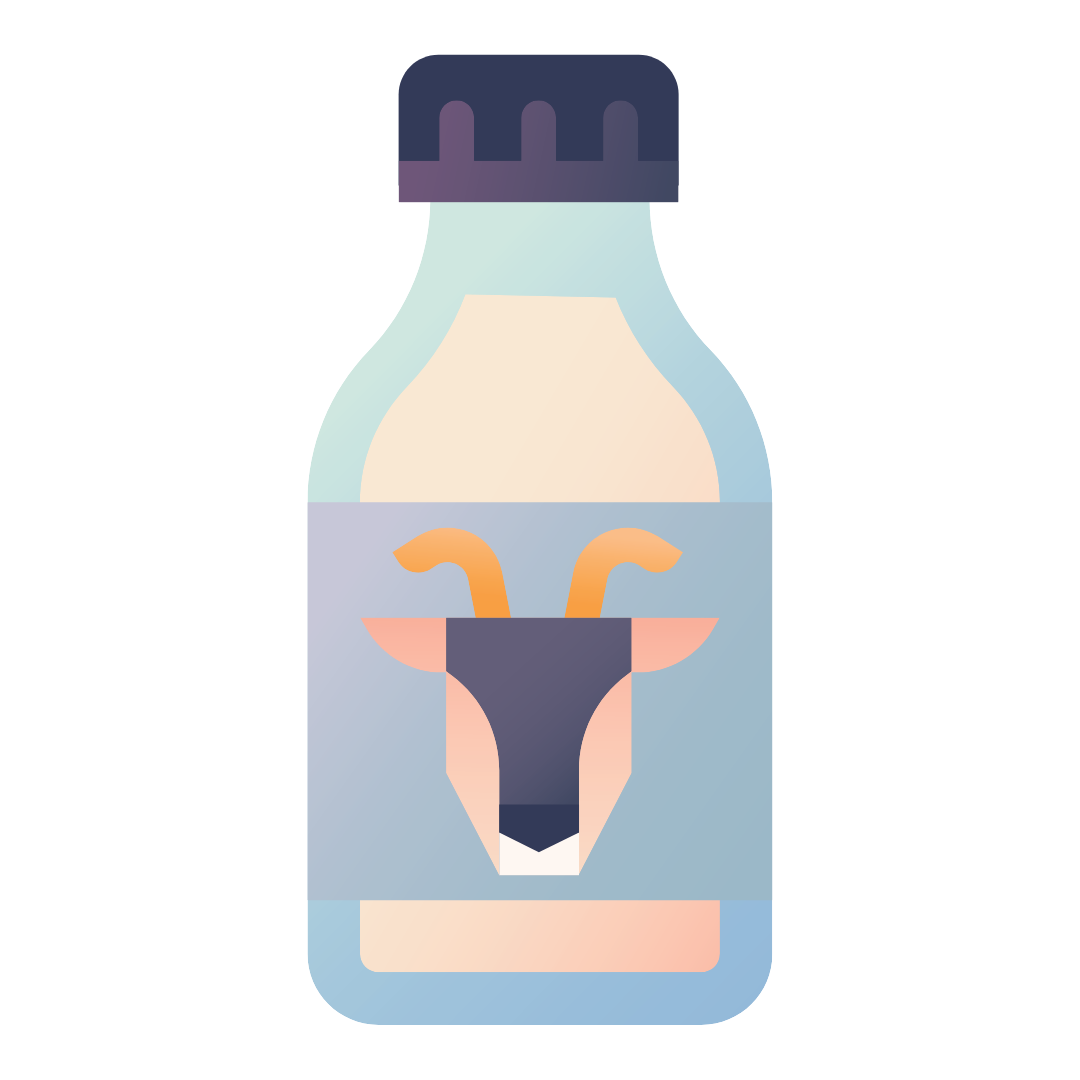 Goat Milk is one of the most popular types of milk. It has a similar macronutrient profile to cow’s milks, but with more protein and lower levels of saturated fats than cow’s milk. It also provides an impressive amount of nutrients, including calcium, potassium, vitamin A, and others. And because it has fewer calories than regular milk, it may be easier for some people to digest. You may want to note, however, that goat milk tastes slightly acidic and grassy, which makes it ideal for making cheeses. However, if you're accustomed to the mild flavor found in cow's milk, it may be difficult to get used to goat's milk. 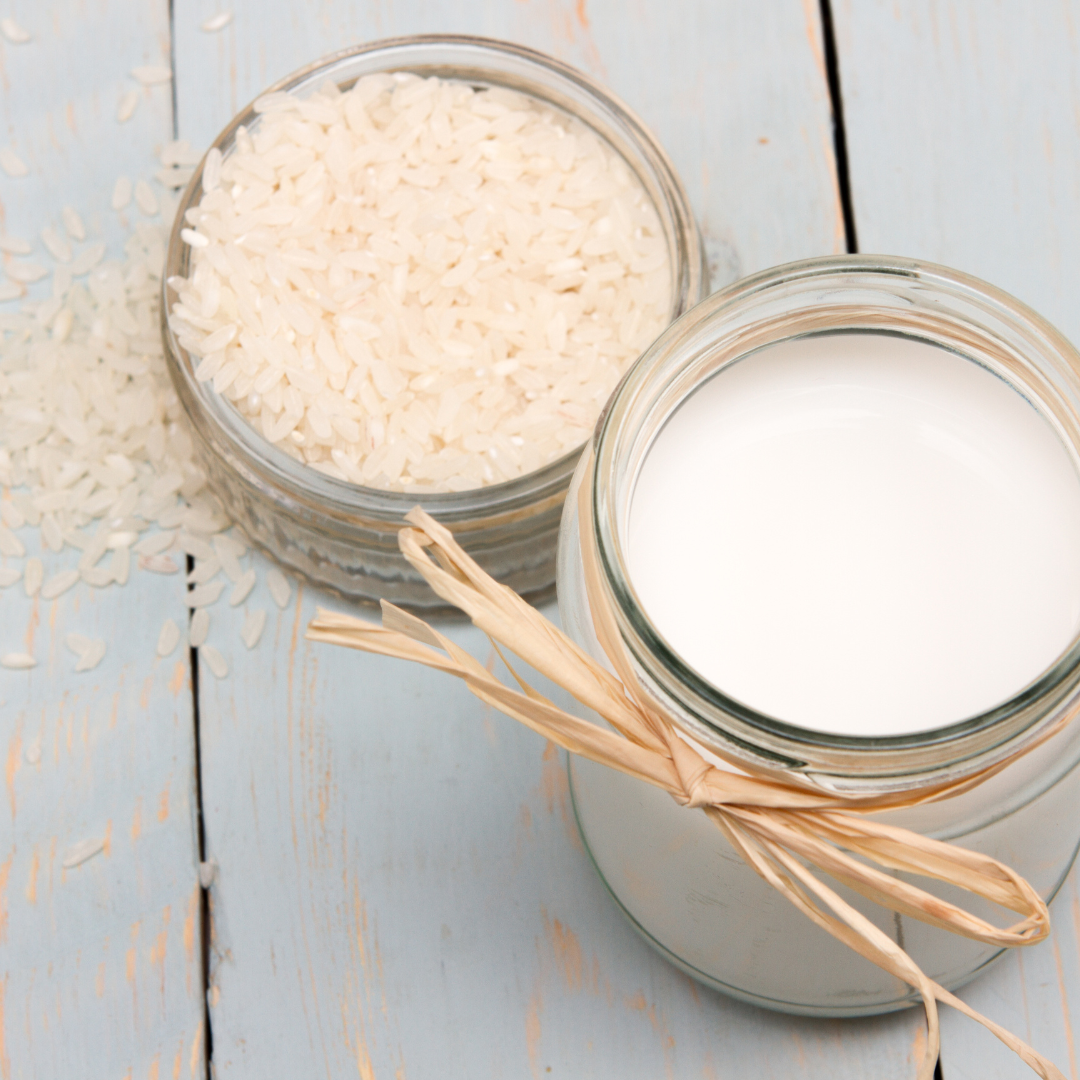 Like oat milk, rice milks are free from common allergens and well suited for people following a gluten-free and vegan diet. It has a natural sweetness that makes it a close match to cow's milk in terms of its taste profile, so it works well in both sweet and savory dishes. However, despite its high carbohydrate and calorie counts and low protein content, rice milk doesn't leave much to be desired when it comes to nutrition. 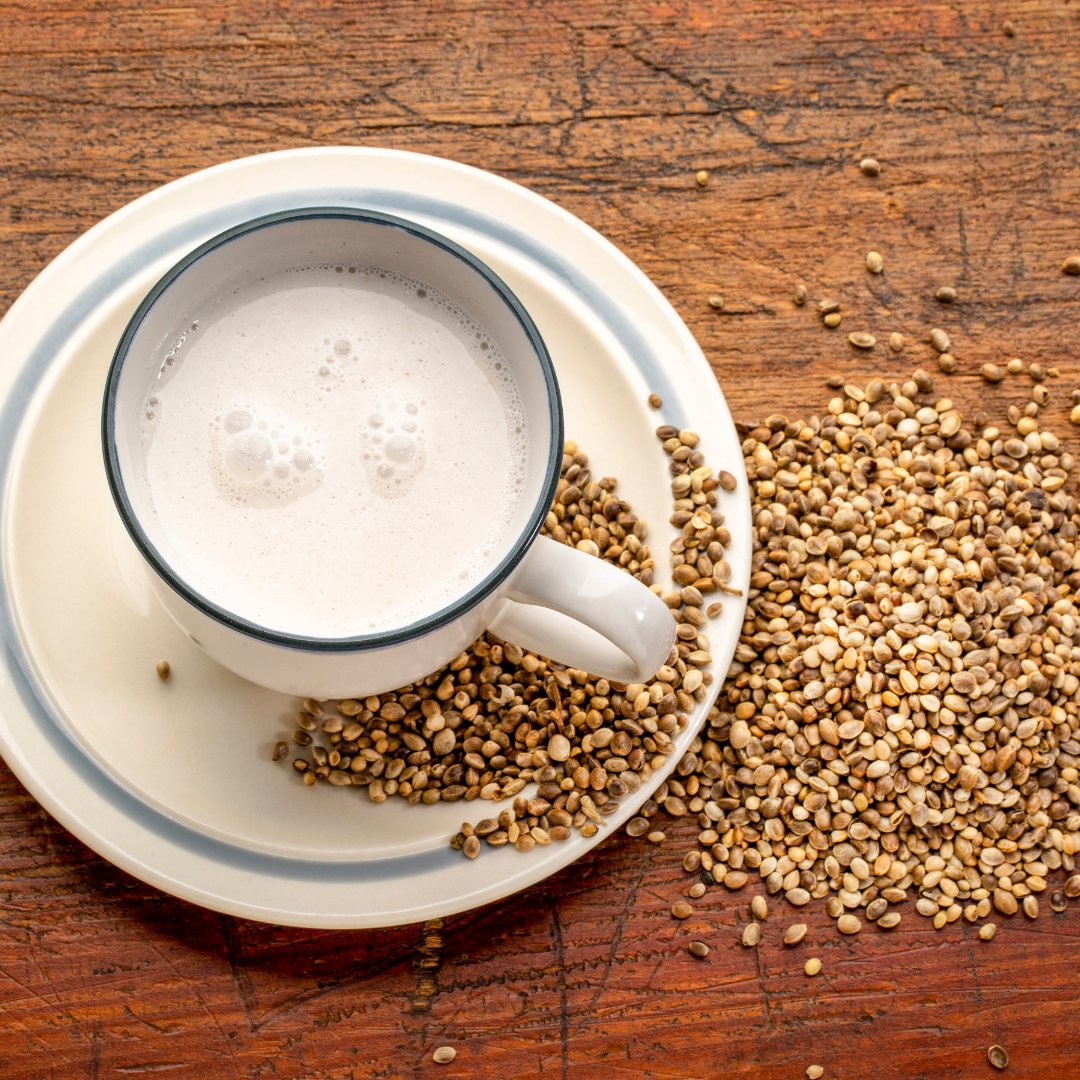 As far as plant-based milk alternatives go, hemp milk has managed to remain relatively unknown, but it’s definitely not an easy sell. For starters, hemp seed milk is made by crushing hemp seeds into a pulp, soaking them in water, then blending them together until smooth. Hemp seeds are a complete protein, meaning they contain all the essential nutrients our bodies need but cannot produce themselves. (Unlike other parts of the hemp plants, hemp seeds don't get you high; however, if you're looking for an alternative to dairy milk, you may want to give them a try!) Plus, hemp milk has a rich, nutty flavor and creamy texture that makes it a perfect replacement for regular milk in just about any recipe. 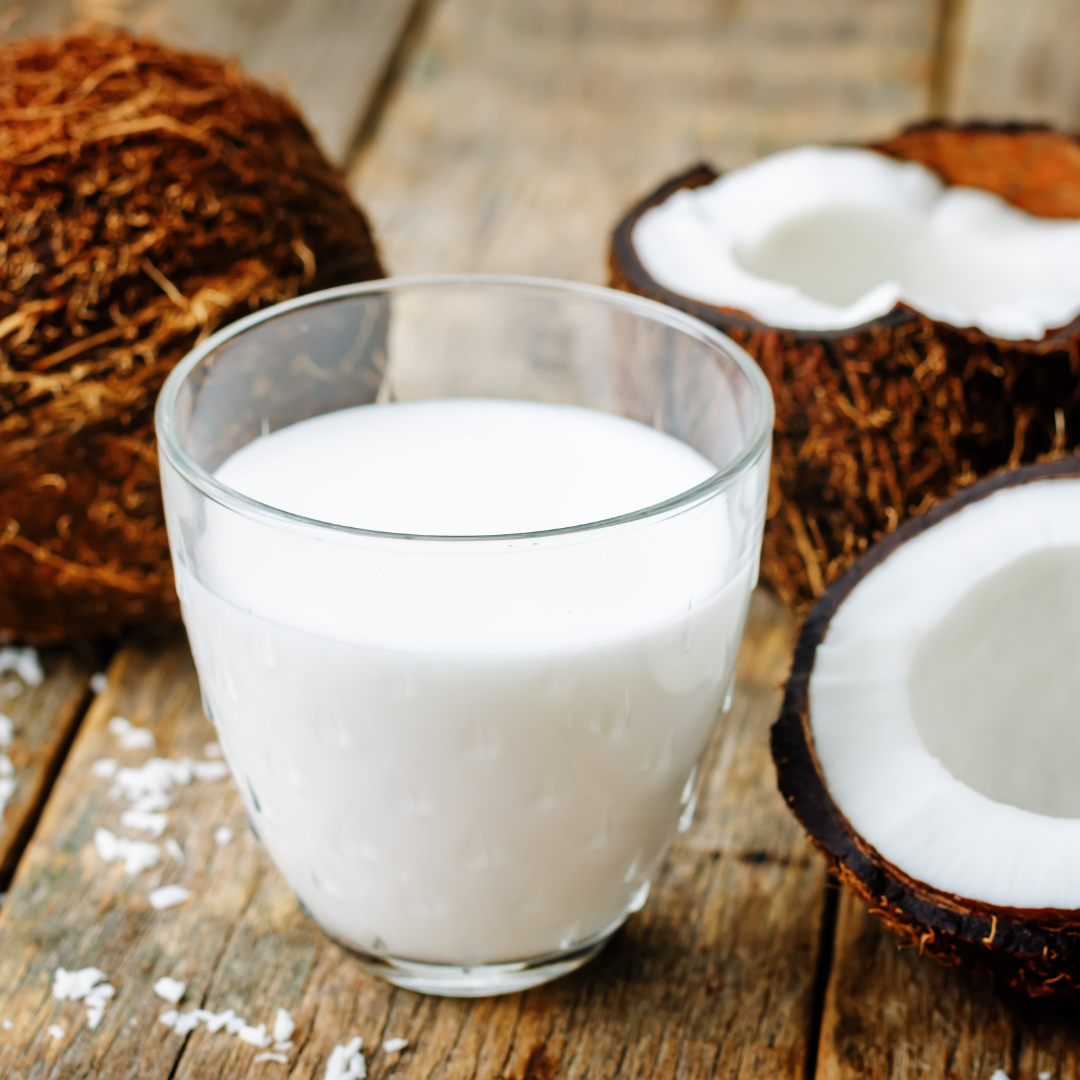 This ridiculously thick and cream cheese is made from the meat of coconuts. Coconut milk is delicious, and can be added to dishes ranging from spicy curries and soups to smoothies and decadence desserts (like coconut rice pudding with rhubbarpompote). Coconut milk contains lots of calcium, fiber, potassium, and a host of other important vitamins and minerals. We’ll just call that the cherry topping on your vegan ice cream sundaes.

Almond milk and soy milk are close competitors when it comes to dairy milk alternatives. For people who are lactose intolerant, almond milk is a safer option than soy milk. It has fewer calories and a taste that many prefer to soy. As for almond milk, it has no heart-healthy polyunsaturates, but it does have impressive protein content and rich taste. It’s kind of a toss up between almond milk and soy milk. 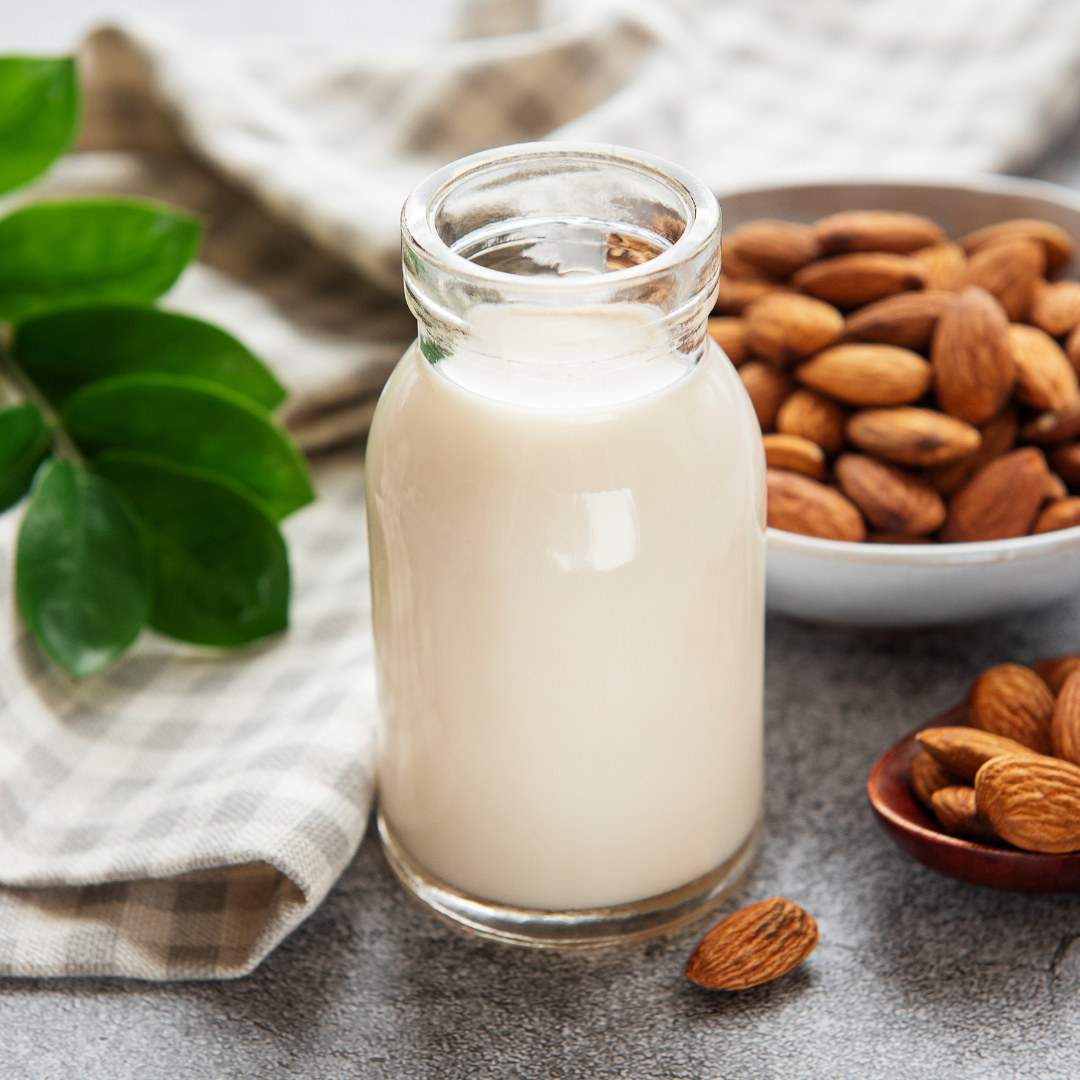 Ultra-filtered milk is usually made by filtering milk through a thin, porous membrane that lets the liquid pass through but keeps out bacteria. It was developed by using the same method used to remove impurities from water. Filtering removes excess water from milk so that the end result has more calcium and protein and fewer sugars and lactose.

Types of dairy in cooking

It contains at least 18 percent fat. They cannot be whipped because they contain too little fat. It is also called cooking cream and is often used in kitchens for making sauces.

It contains at least 45% fat. It can be whipped until it turns into buttery smoothness. Use it for the enrichment of sauces. 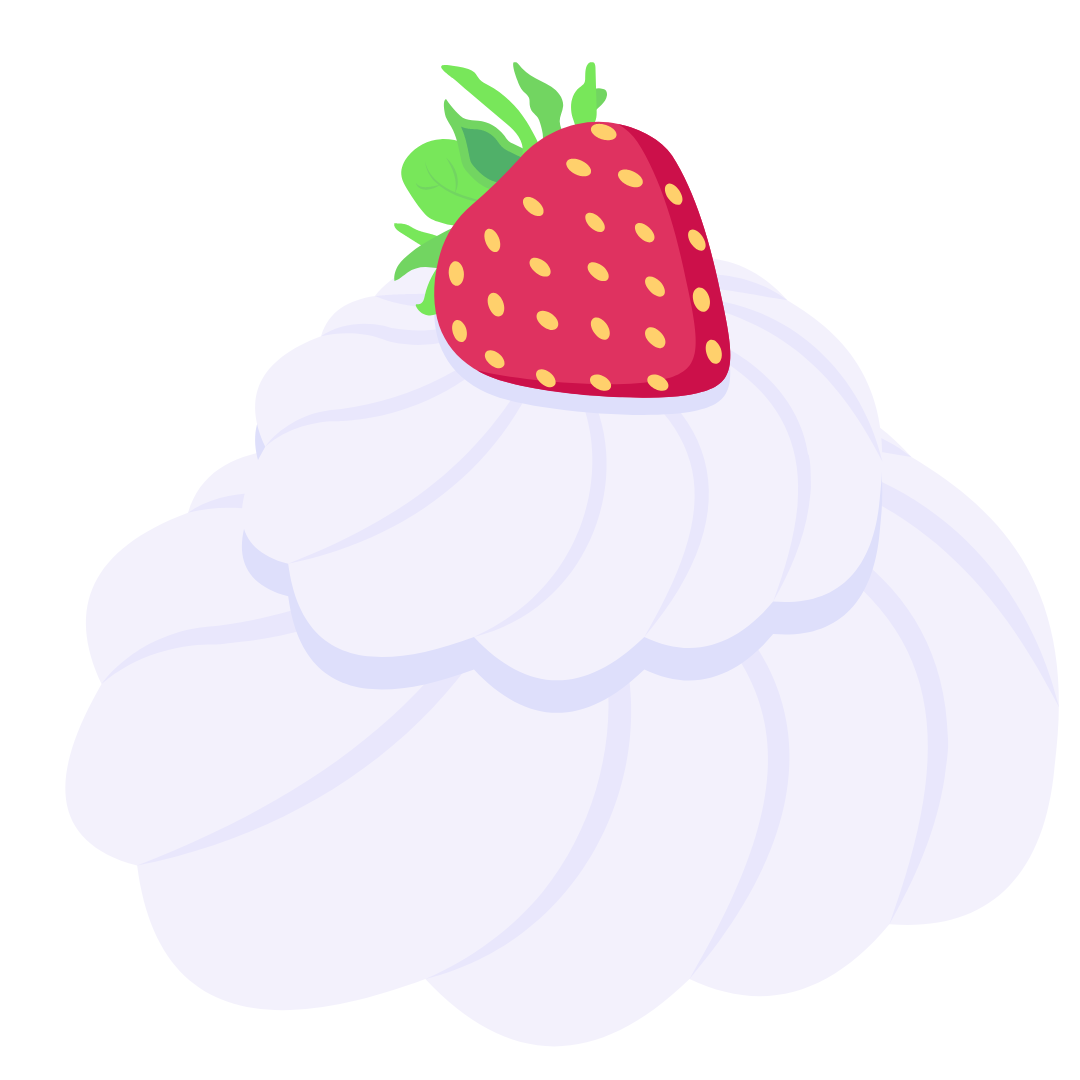 This cream contains at least 55% fat. It has enough thickness to use as it is and not whip. This cream is served with afternoon cookies called scones. 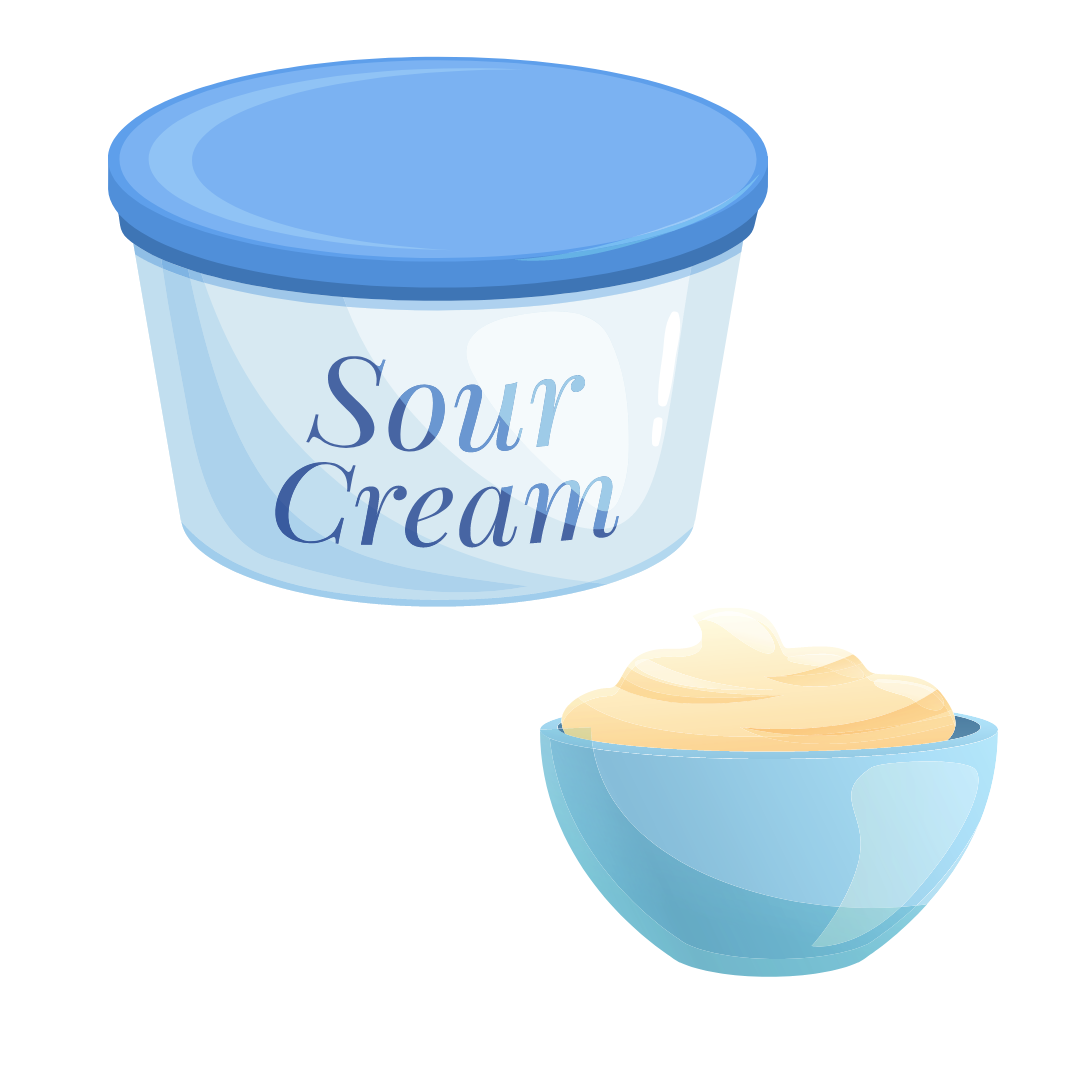 These are single Cream that contains about 20% butterfat but have a souring culture in them and they are matured in the same process as for setting curds. This cream can be shaped into Quenelles and served with soups or salads. It can also be served as the sauce in itself.

This is sour cream made by adding lime juice to regular cream. This cream is used to dress salads.

Kebab meat is usually marinated before cooking. You can temper it to make curd cheese also known as chonka dahi. Hung yogurt can be used for making creamy raitas.

Curds are made by adding lactic acid bacteria (Lactobacillus bulgaricus) to milk and allowing them to ferment for six to eight hours. You must use tinned brass utensils for making curd gravies because they tend to be curdled in steel or aluminum utensils.