Wondered what wasa­bi is and how to tell the genuine one from the fake kind? Let's go through sushi's best condiments, visit a wasabi farm in Japan, learn how it is grown, explore its health benefits, and discover some new ways to enjoy it!

That bright green paste next to your California rolls, or offered as an additional ingredient for your sushi or poke bowls, is called wasabi. However, there's a high probability that it isn't wasabi. Most people never consume real wasabi.

Its scientific name is Wasabia Japonica or Eutrema Japonicum, also known as Japanese horseradish. Wasabi is the hot horseradish condiment from Japan that's the best know as an accompaniment for Japanese cuisines such as udon, ramen, and of course, different types of sushi or sashimi.

Real wasabi is a plant belonging to the Brassicaceae family. This plant family includes other kinds of radishes, western horseradish, and mustards. Wasabi isn't really a spice; it's actually a root veg­etable, coming from the wasabi rhizome of the plant. The real wasabi paste is just the underground stem that is grated finely which, unlike ginger, is easier to ground. Ginger can be ground up into a paste, but wasabi is a little easier to grate than ginger because it is less fibrous.

Freshly grated wasabi has a bright taste with a hint of heat that fades quickly. It has a strong smell but is not too overpowering so that the fish's flavor shines through. The spice of the wasabi serves to highlight the taste of the fish, not hide its taste. 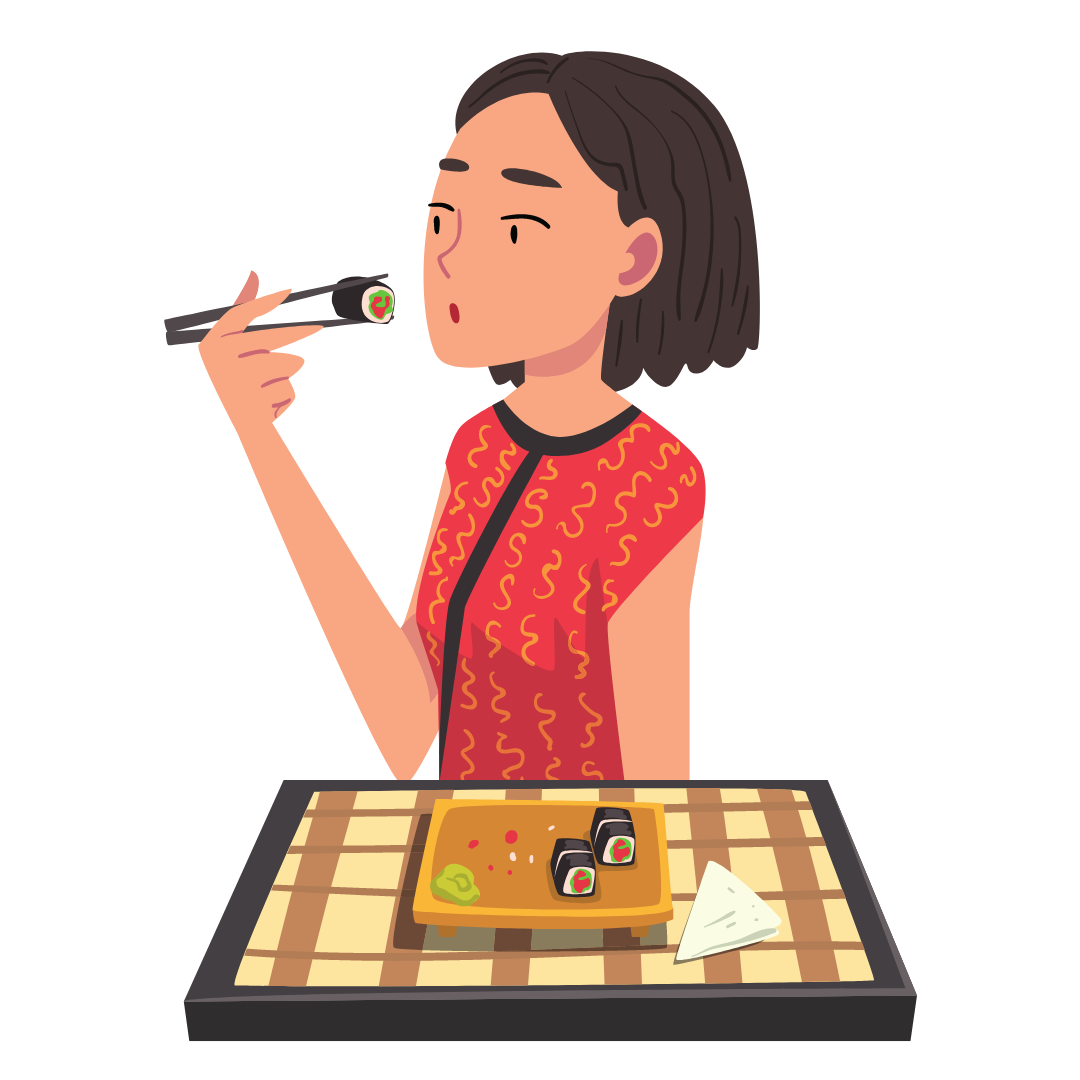 At the best sushi restaurants, chefs will place wasabi on top of each slice of sushi so that they're balanced by the taste of the fish.

The fake or imitation of wasabi would burn much hotter and longer. This is because most fake wasabi products are made from horseradish or sometimes mustard. Too much of this fake wasabi paste will completely mask the flavor of the dish.

Why Is Wasabi So Spicy? 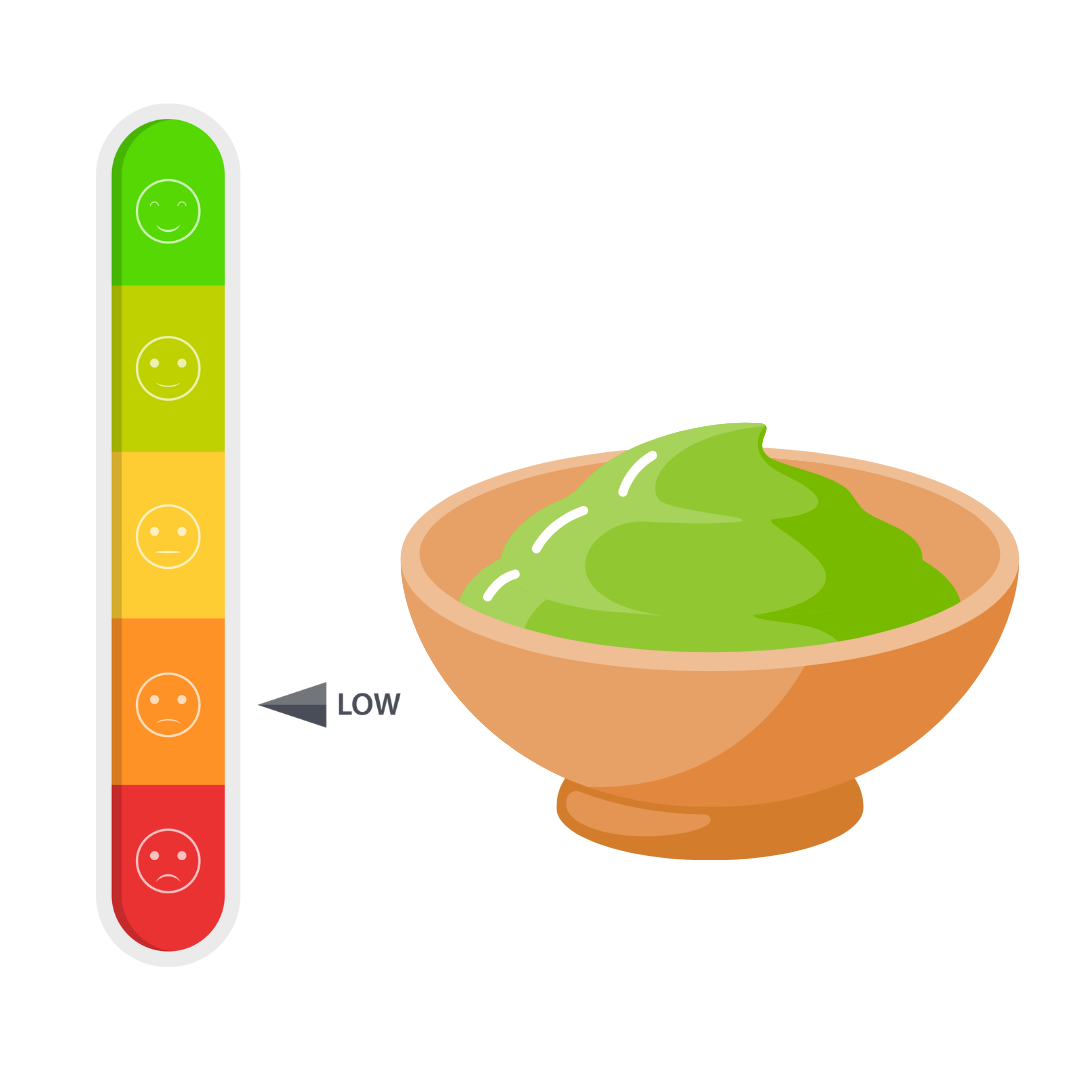 The chemical compound called allyl isothiocyanate is what makes the wasabi spicy! In Chili peppers, capsaicin is one of the chemicals responsible for the heat sensation we feel when eating spicy foods made from it. The difference is that the spiciness of wasabi tends to go up the nose while the spice of cayenne or chili pepper can be felt on our tongue when eating dishes with capsaicin.

It's not just a tasty accompaniment to sushi because hon-wasabi offers a wide variety of benefits! It is full of vitamins and antioxidants and contains the major class of active ingredients known as allyl isothiocyanate which gives wasabi its wide array of health benefits. These include: 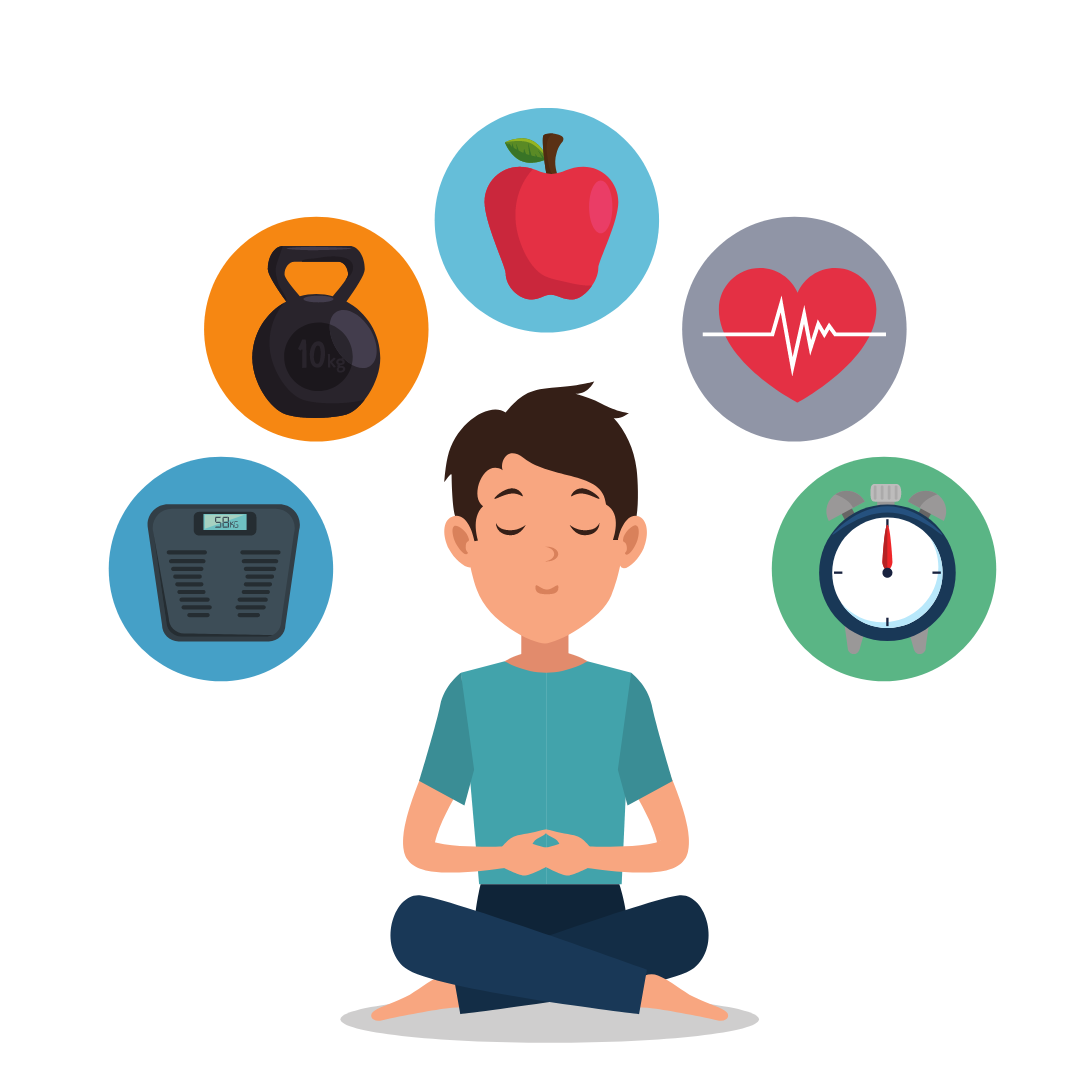 It's quite interesting, isn't it? You probably think, "What is wasa­bi?" But don't forget that it has a very high price tag! However, these health benefits only apply to true wasabi. Only a small quantity of hon-wasabis is used in imitation wasabis. Unfortunately, the health benefit is lost if you eat fake wasabis even if you consume a large quantity of them.

Wasabi is widely available in Japan or Japanese restaurants. If you think you are sure you have had real wasabi paste, the chances are that you haven't, especially if you have never consumed it in Japan. Most non-Japanese eaters of wasabi have probably only ever tasted imitation or fake wasabi before.

How to Tell the Difference? 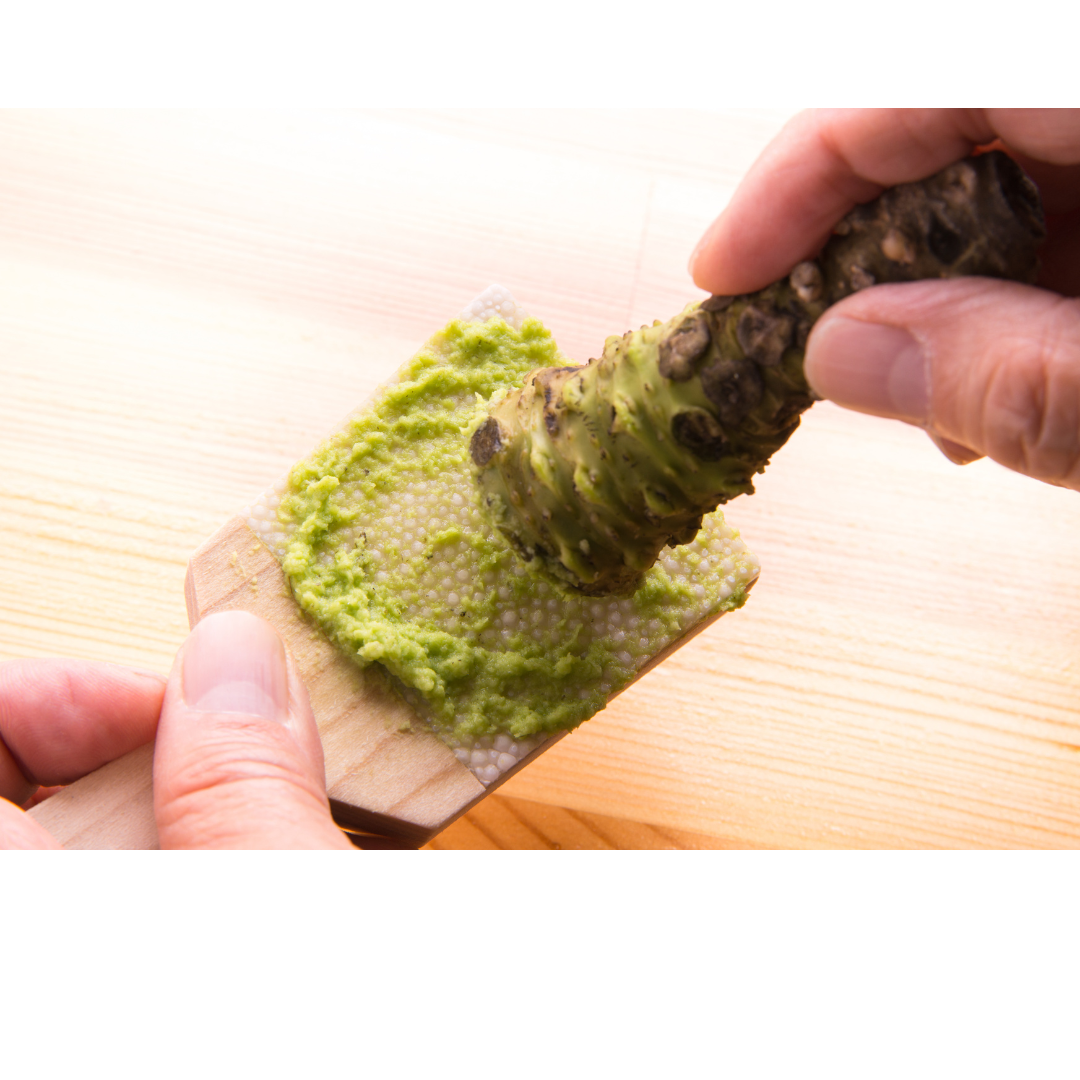 To determine whether the wasabi you're using is genuine or not, first look at its texture. If the wasabi is thick, pasty, and smooth, then it is probably not the real deal. It may be made out of horseradish instead. Check the consistency! If it is grainy (from having been freshly grated), then that means it is most likely wasabi from a wasabi stem.

Fresh wasabi is always served freshly made because it loses its flavor when grating and at a high-end Japanese restaurant, the chefs will do just that. They finely grate exactly the right quantity of wasabi to accompany each dish and is usually placed in between the rice and the nigiri sushi topping to preserve its spicy flavors as best as possible.

Wasabi is an extremely rare crop, so it's one of the most expensive plants in the world, which is why so many people outside of Japan haven't ever had real wasabi before. 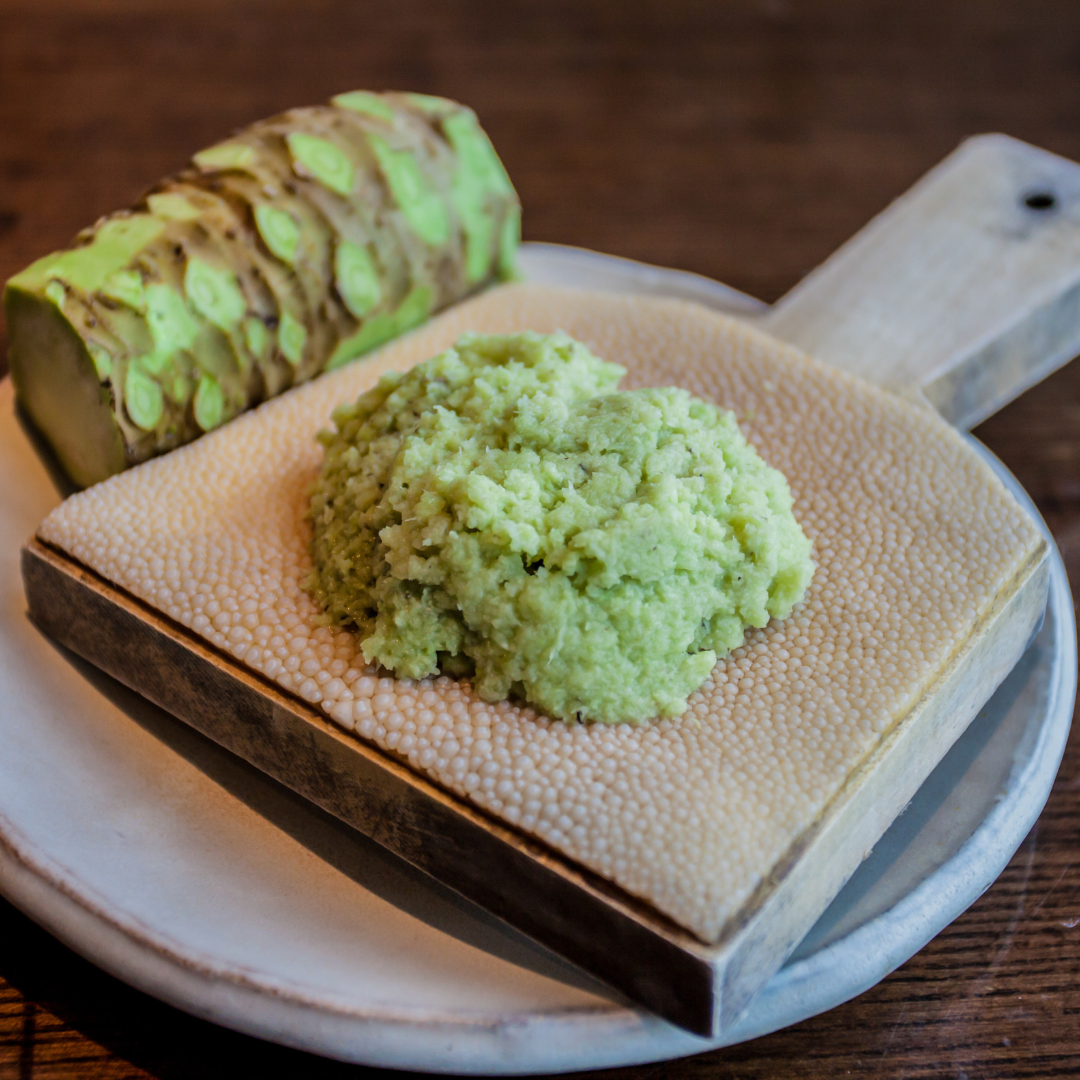 Wasabi is extremely expensive because wasabi plants take an incredible amount of time and effort to grow and need very specific growing environments. Wasabi is naturally grown in mountainous regions where these wasabi plants can grow naturally along rivers. It's extremely difficult to grow wasabi in an ideal growing environment, so they require even more care than most houseplants. Cultivation of wasabi requires special conditions, so growing them commercially is difficult. Thus, they're expensive to buy.

In Japan, the main wasabi cultivation player is the Izu Peninsula region. This can be found in Shizuoka Prefecture. They are responsible for 70% of Japan's wasabi but these prefectures are also known for their local production of wasabi. 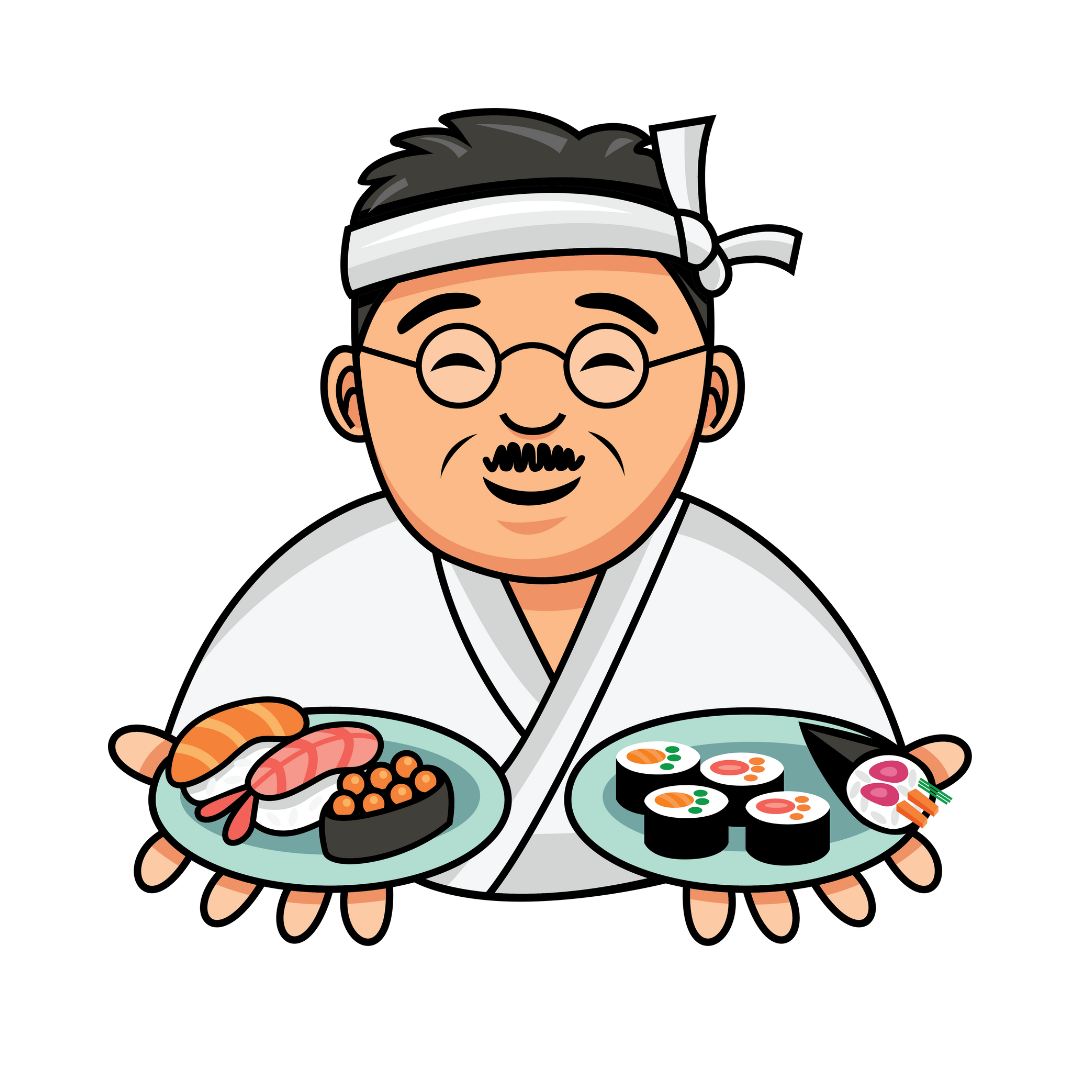 Want to learn more about Japanese Sake? Check this out!

What Is Wasabi Made Of? 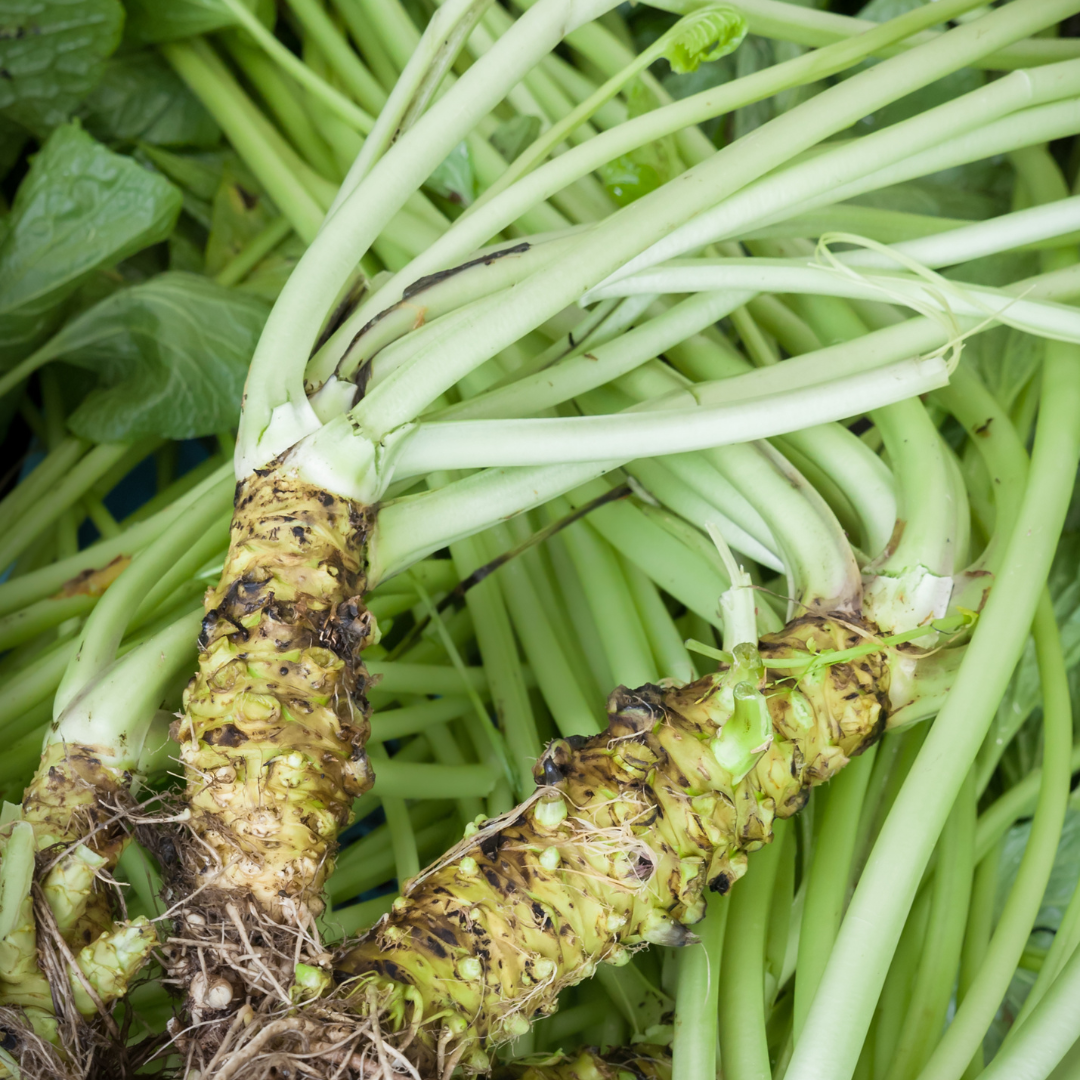 Fake wasabi is basically regular seiyo-wasabi in disguise. You can find cheaper, more accessible versions of this condi­ment. The imitation versions are widely available in the supermarket or at your local Japanese restaurants, made from European hors­eradish.

You can buy imitation wasabi in either a paste or powdered format. These fake wasabis usually contain just a small amount of actual wasabis, around 1 to 3 percent, and this small quantity of Hon-Wasabi is combined with colored European horseradish instead to make it more accessible.

If you plan to serve this healthy, convenient, and popular dish, you might want to consider investing in good restaurant equipment. Here at Culinary Depot, we help you decide which equipment or dishware is suitable. Get in touch with us today!