What is a torta? Everything you need to know about this renowned Mexican sandwich, including its fascinating history, is right here. Read on to know about these delectable tortas!

What Is A Torta? 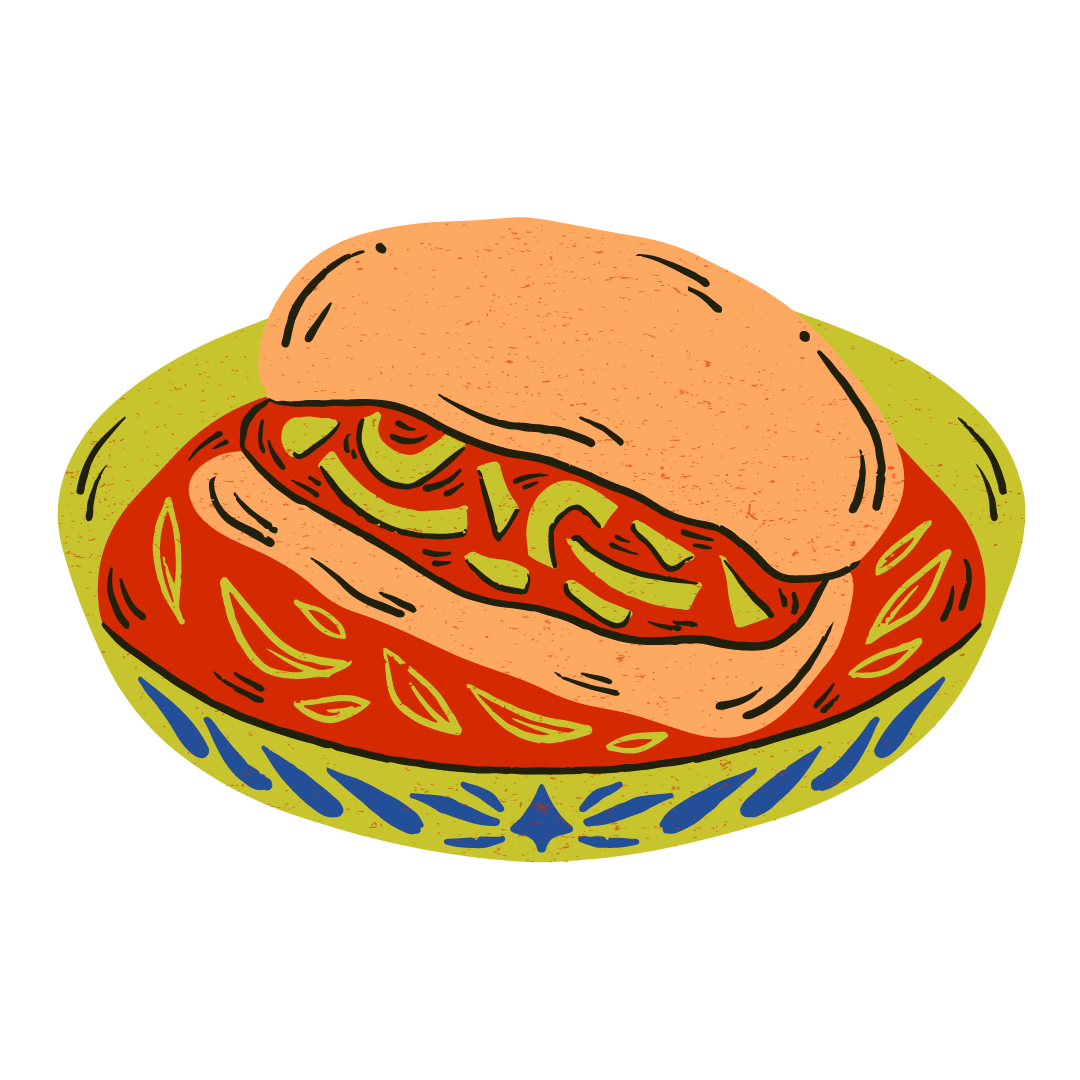 A torta is a type of Mexican sandwich that is popular throughout the country because, over the last few years, many Mexican immigrants have brought this delectable street dish to the United States.

A fluffy bun, similar to a hoagie roll, is used to make the torta it is soft on the inside and wonderfully crusty on the exterior, and it is cut lengthwise and smeared with butter.

Tortas can be topped with refried beans, fried meats, sliced or shredded cheese, pickled onions, or tender avocado but you can stuff your torta with nearly any ingredients you want! They're entirely personalized and tasty when you fill your torta with a variety of toppings to make it sloppy, or simply a few simple toppings!

A torta tastes like a cross between a soft taco and a hoagie and since the bold Mexican tastes of a taco are frequently utilized as fillings for a torta, the soft and crunchy bread allows it to taste like a hoagie!

The torta's flavor will vary dramatically depending on what you stuff it with and you can even add well-seasoned fillings seasoned with popular Mexican spices for a burst of real flavor.

What Is a Torta Made Of? 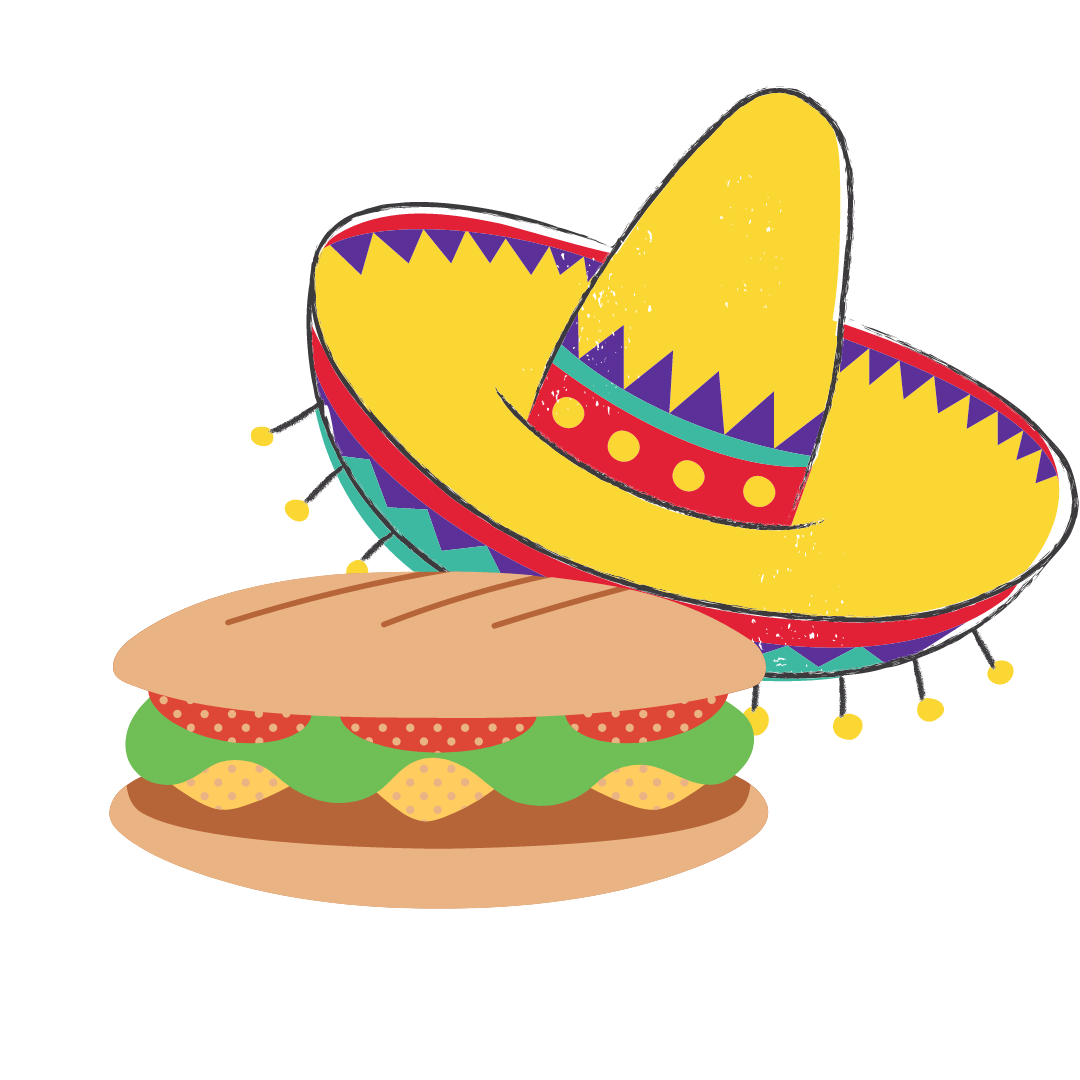 Mexican tortas are fashioned using one of several breads that are thought to be inspired by French baguettes and they are usually stuffed with meat and topped with vegetables, sauces, and other garnishes. Torta shops in Mexico and the United States, on the other hand, are constantly innovating with new types of tortas and breaking with traditions. Some would even add non-traditional ingredients or even stuff tortas with tortilla dishes, as in the tortope - a chicken sope (similar to a tostada but on a thicker tortilla) inside a torta. Some of the main components of a torta are listed below.

How To Cook A Torta

The ingredients you use to fill a torta will determine how long it takes to cook and since it is a sandwich, the torta does not need to be cooked but if you choose to make your own bun, meat, or fillings, you will need to cook those items first 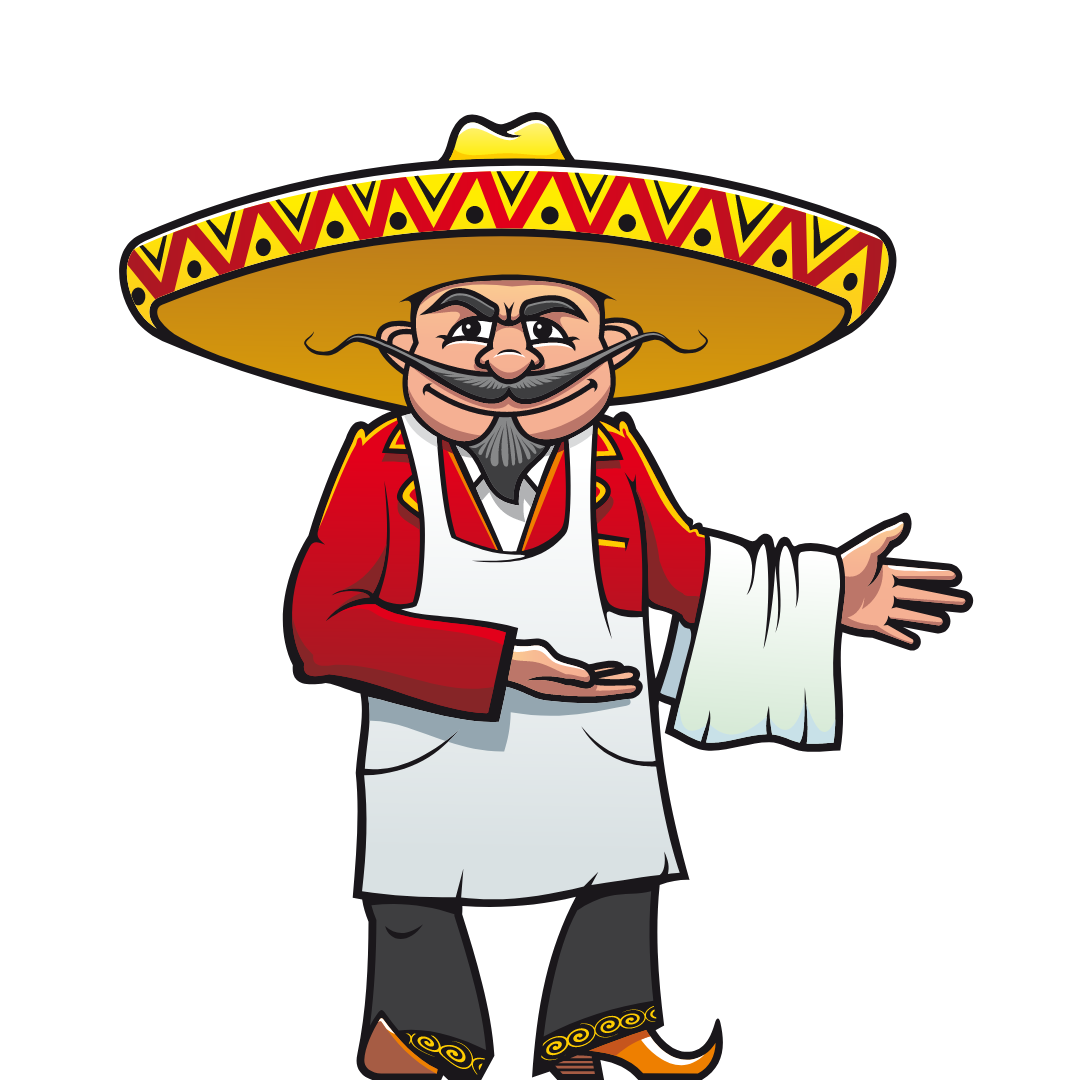 Pound the chicken breast pieces until they are very thin. A tip is to place the chicken between two pieces of plastic wrap. Then, carefully pound it thin with a meat mallet or a rolling pin. Dip the chicken in the beaten egg, then in the breadcrumbs.

In a skillet with hot oil, cook the breaded chicken. Wait until gently browned on both sides and cooked through.

Toast the ciabatta roll in half. On the top piece of the roll, spread a thin layer of mayonnaise, refried beans, and mashed avocado, and then add the layer of the cooked chicken, cheese, and peppers on the bottom half of the roll.

Toppings like guacamole, salsa, pico de gallo, queso fresco, and Baja sauce can be added to your torta and you can then enjoy the roll sandwiched together!

Tips on How to Make the Best Torta

Depending on the location in Mexico, the bread used to make a torta may have different names. 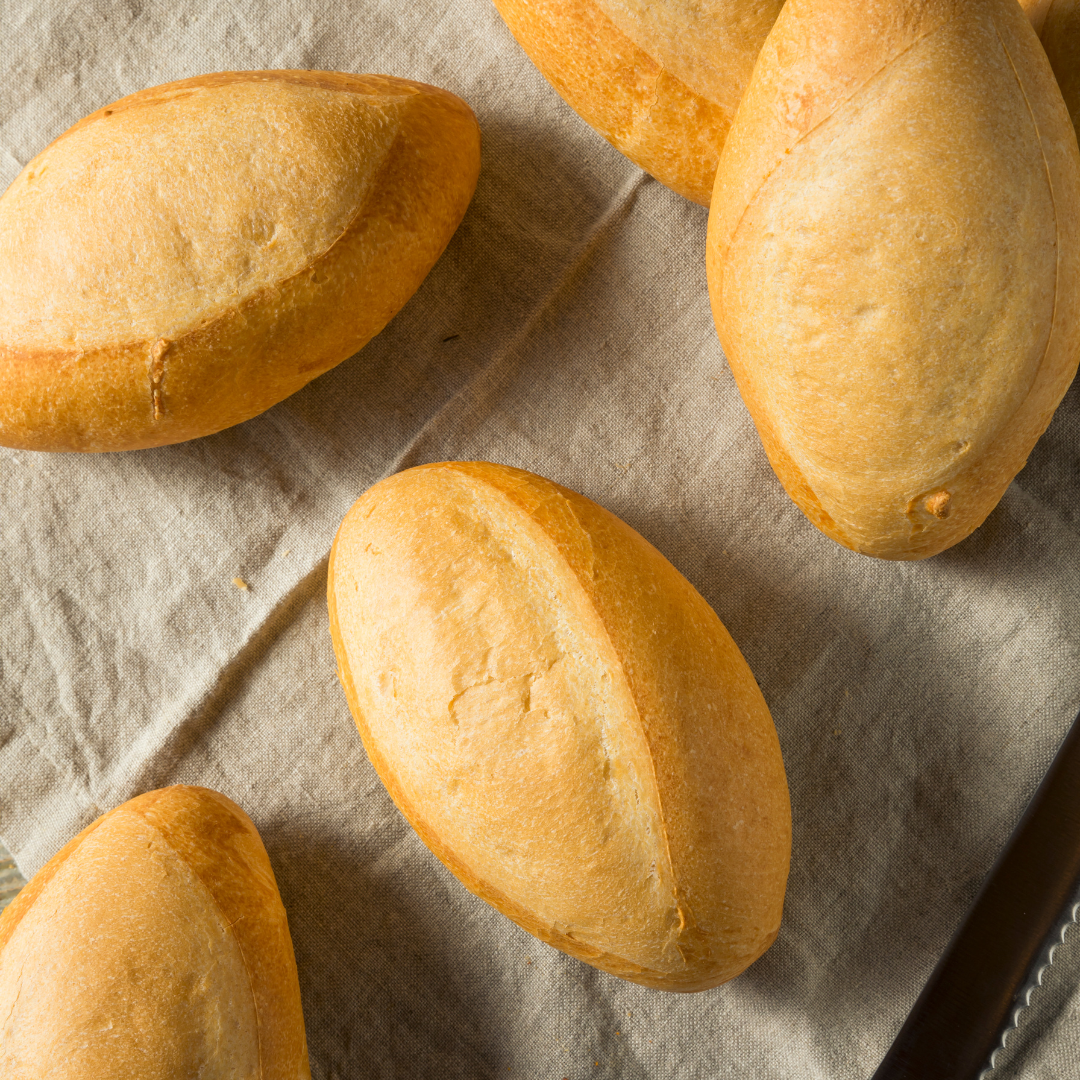 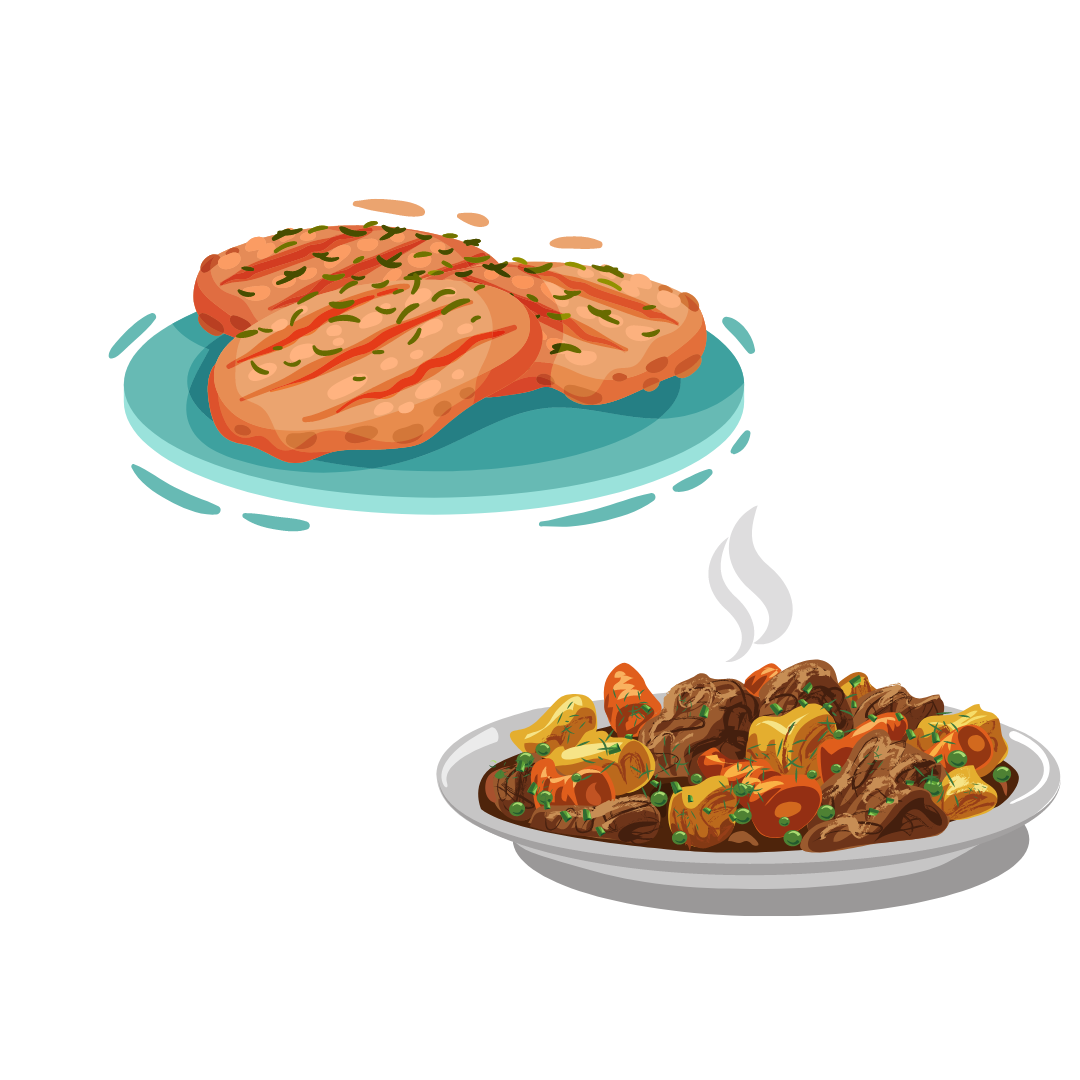 Tortas, as previously said, can be filled with almost anything. The most basic tortas can be made with simply a slice of ham or perhaps some sliced avocado. However, one of the most popular tortas features Milanese, a breaded and fried beef or chicken cutlet. The richness of the fried beef serves as an excellent vehicle for the various garnishes that are commonly used.

Traditional taco ingredients can often be used as torta fillings, especially in the United States. As a result, a torta can contain anything from carne asada and carnitas to al pastor hog and chorizo. If you're throwing a party, you may even have a taco and torta bar for individuals who want to mix it up.

More sophisticated tortas may include a fried egg, cheese, and/or a smear of refried beans in addition to the meat. A torta's cheese can range from acidic Monterrey Jack and gouda to mild and stringy Oaxaca cheese. Modern tortas may also incorporate frankfurters and other globally inspired ingredients. With a torta, you can truly let your imagination go wild!

When compared to other Latin American cuisines, the Mexican culinary credo appears to be "more is more," and tortas are no exception. There is no such thing as overdoing it with a torta, and you don't have to worry about it becoming soggy because there is even a torta that is drowning in a sauce (more on that later). Consider the types of toppings that go on tacos or nachos to get a sense of what could go on a torta. 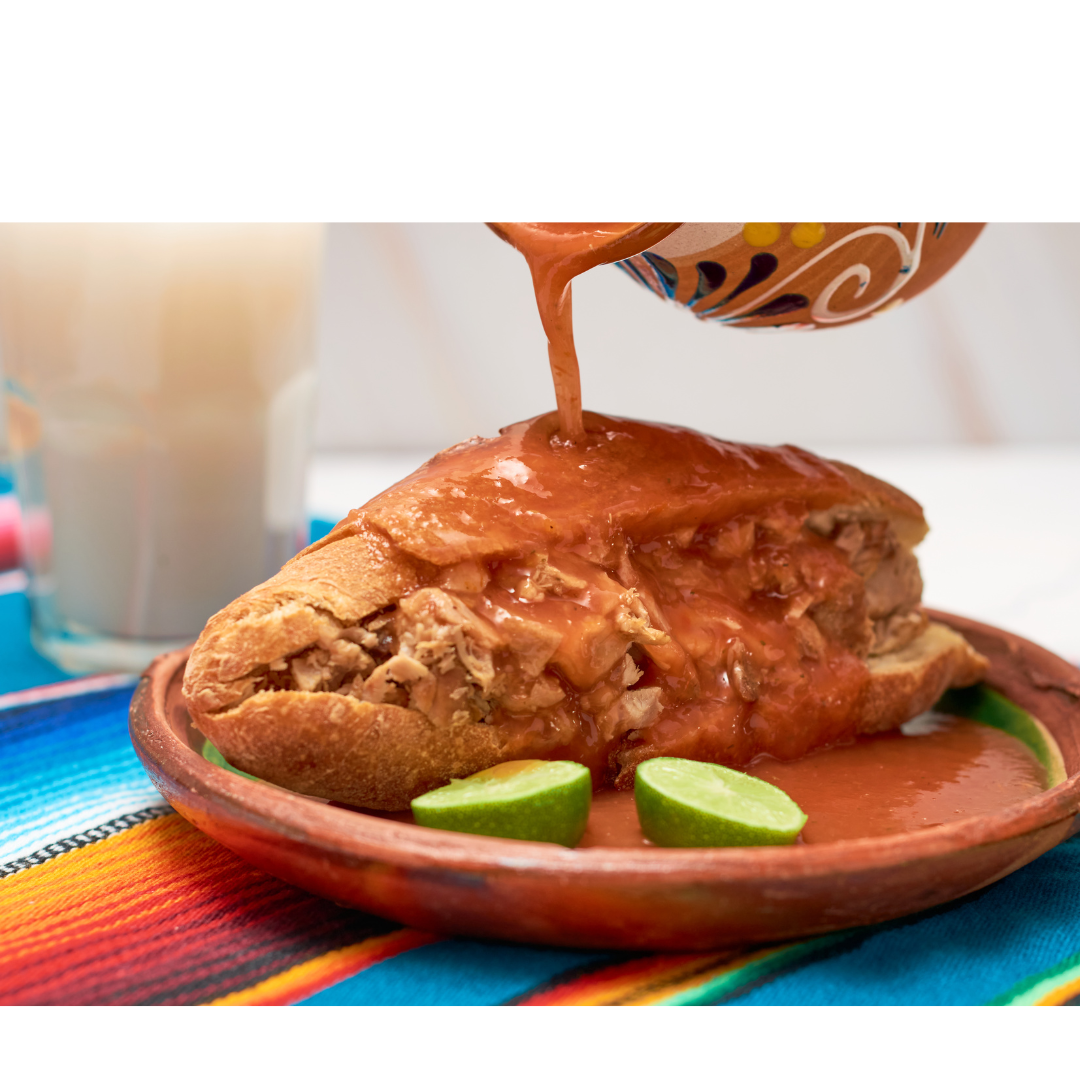 Veggies are essential for filling a torta. A mixture of shredded lettuce or cabbage, diced tomatoes, and chopped onions is frequently required. Pickled jalapenos are also popular among individuals who enjoy a little heat. Regardless of the other contents you pick, some creamy avocado slices are always a pleasant addition, and freshly-made guacamole is naturally just as tasty in a torta. Pickled onions, cilantro, and even pineapple are common garnishes. If you want to make your torta a little saucier, drizzle on your favorite salsas. Before topping your top bun, top everything with either Mexican crema or American-style sour cream for a little more creaminess.

A torta ahogada, which literally translates to a drowned torta, is a unique regional style of torta found in Guadalajara. This torta is eaten with a knife and fork after being dipped or coated in a spicy crimson sauce. It's like the Mexican version of a French dip sandwich, but spicier.

This traditional torta can be made with beef, chicken, or hog cutlets. The handmade smokey chipotle mayo adds a creamy and spicy flavor to the crispy fried cutlet.

When to Eat Them

If you want to impress someone on a first date, don't order a torta. They are large and extremely messy, so save your experience for when you're with your pals. They are also really simple to create.

You're in for a life-changing experience wherever you decide to sample a torta. Please, tacos and sandwiches, stay married and have children because tortas are simply enticing.