Cucumbers, which were once only accessible at the best-stocked farmer's markets, are now more readily available in co-ops, grocery shops, and garden patches than ever before and you may come across a variety of cucumber kinds, including Armenian, English, lemon, and Persian. Read on to learn more about them, as well as the quick and easy ways to enjoy cucumbers of all kinds. 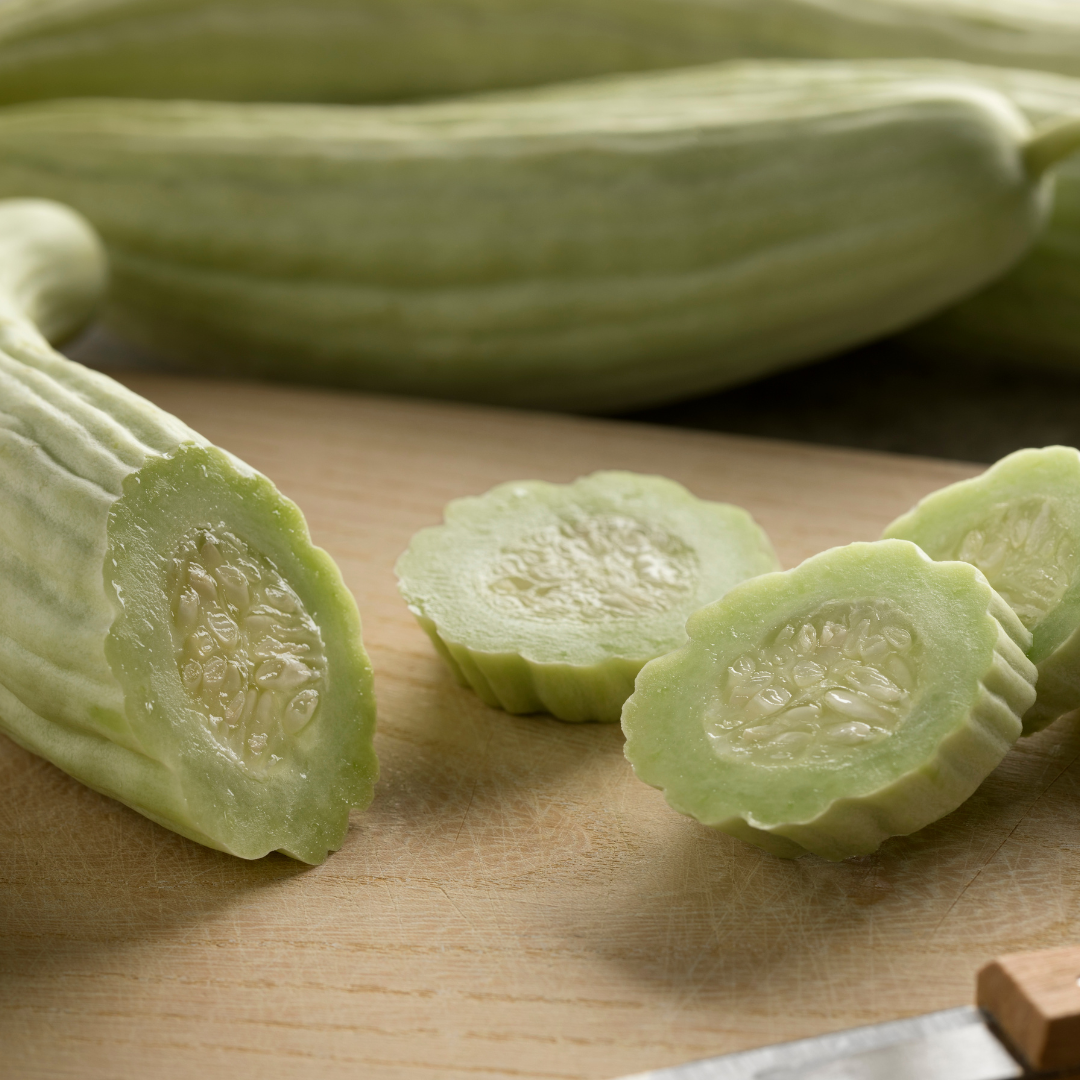 Armenian cucumbers are long and thin, with darker and lighter light green or yellowish-green colors and they are wonderful when simply sliced and eaten raw and are pleasantly crisp.

The seeds in these cucumbers are exceptionally tender, and the skin is very thin. They do not need to be seeded or peeled before eating and they are not suitable for pickling due to their softer texture, which causes them to turn to mush. 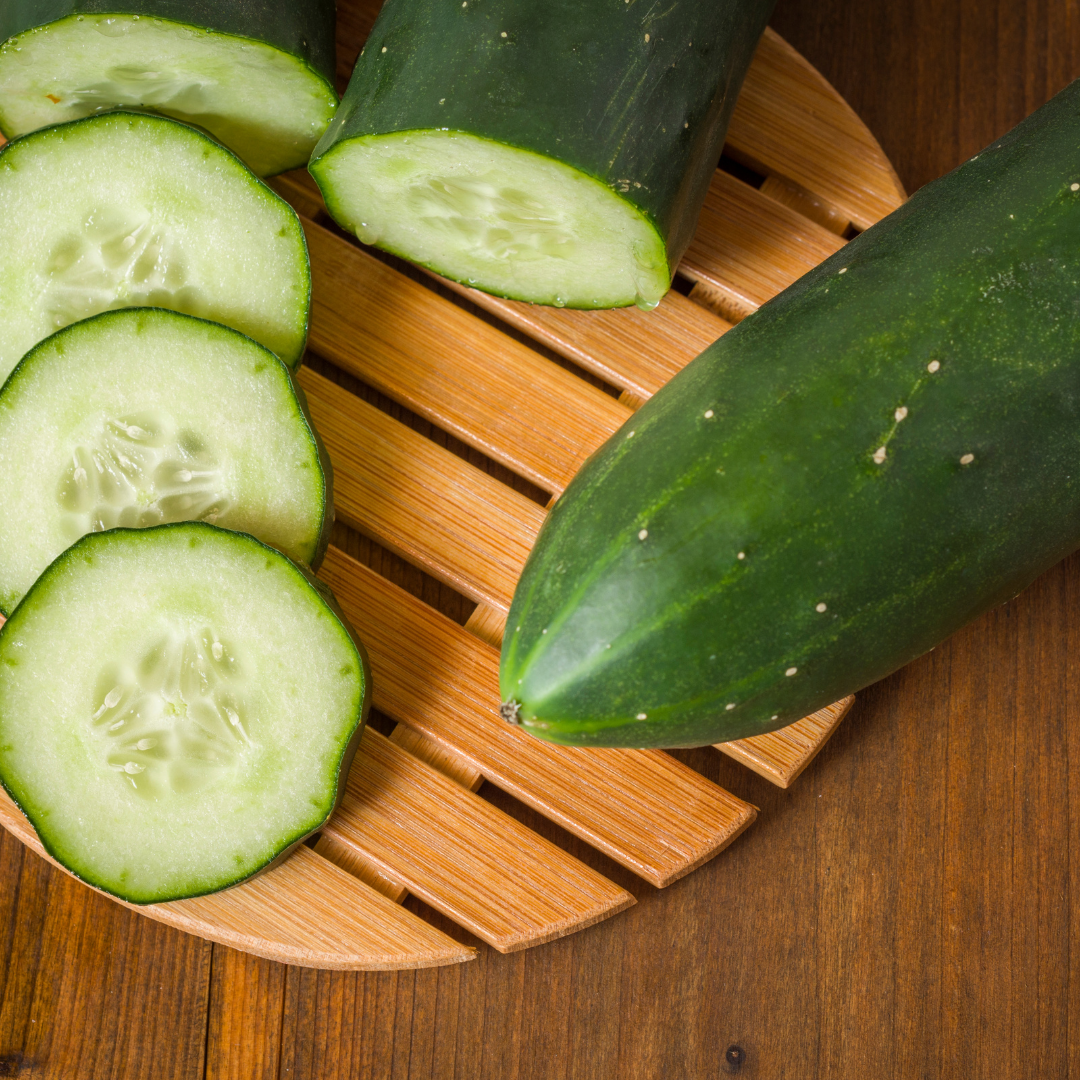 This type is frequently found wrapped in plastic at supermarkets. The unwrapped versions can be found at farmers' markets and these cucumbers, despite their name, do not require a hothouse or plastic wrap to flourish.

The flavor of this cucumber is faint, virtually non-existent. It is valued for its thin skin and few seeds. English cucumbers, like Armenian cucumbers, are best eaten raw and should not be pickled and they perform admirably in drinks so when it's hot outside, try adding a slice or two to a glass of sake, or make a cucumber martini. 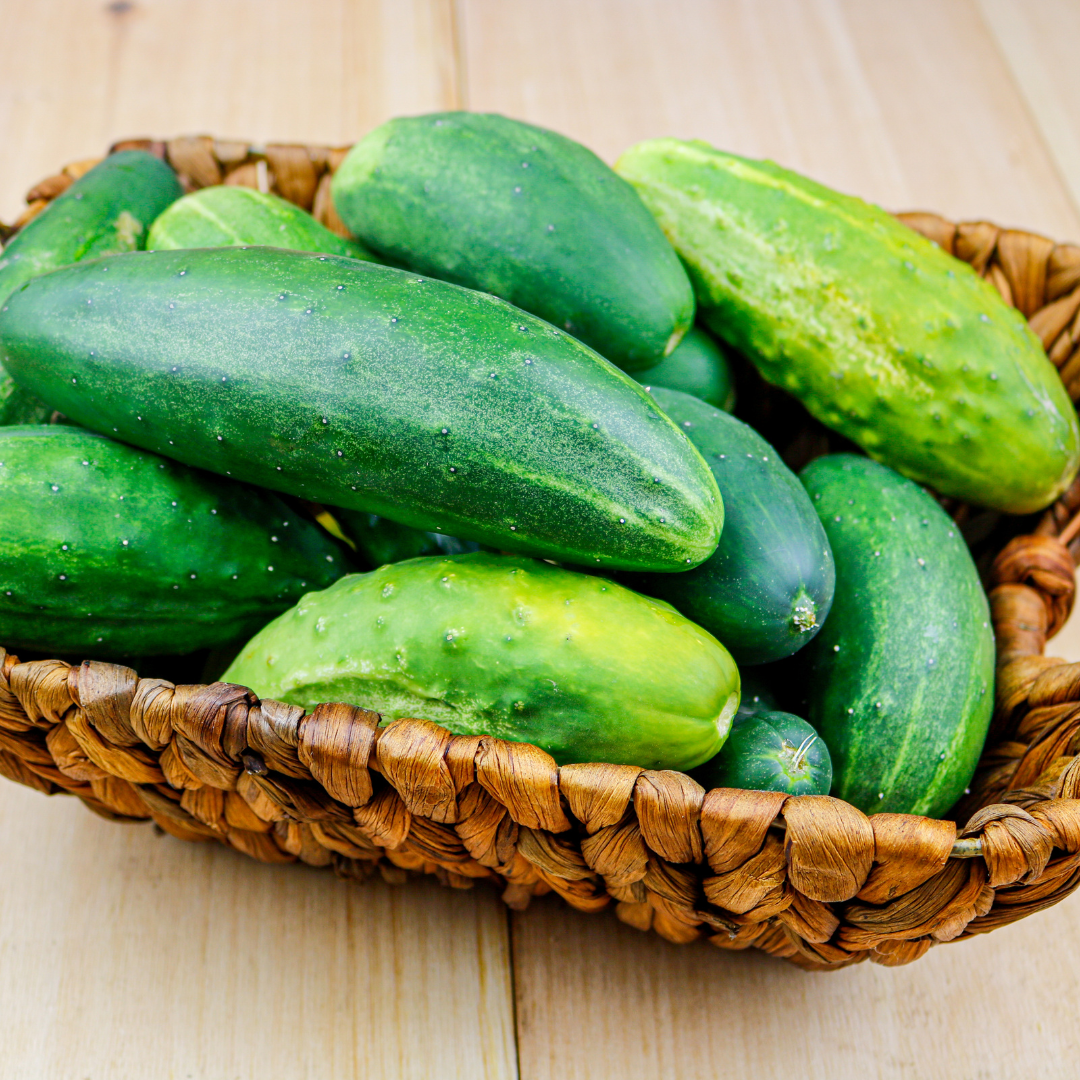 Cucumbers grown in gardens are the most common in North America. They have dark green skin and relatively smooth skin.

Cucumbers sold in supermarkets are usually waxed to assist them to keep moisture. As a result, you'll want to peel these cucumbers. Unwaxed types are available (especially at farmers' markets). You may wish to peel them if the skin is thick or bitter and because of the large seeds in these typical garden cucumbers, many recipes call for seeding (or, rather, de-seeding) them before using them. However, once the seeds are removed, they can be used in any dish. 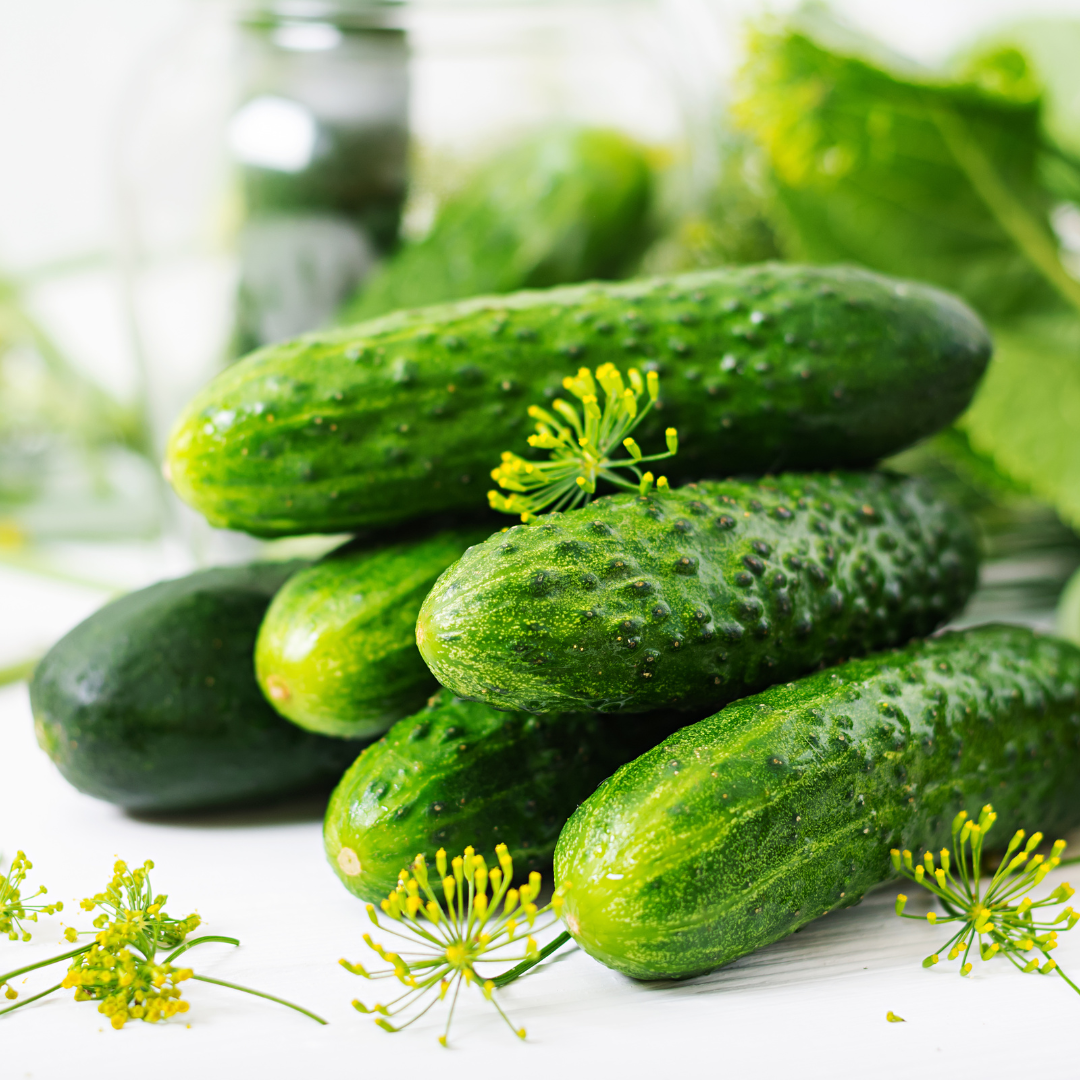 Gherkins are often less than two inches long and if you want to pickle a cucumber, this is a good option because it will fit in a jar easily. Pickled gherkins, often known as cornichons, are a favorite addition to p'té in France. 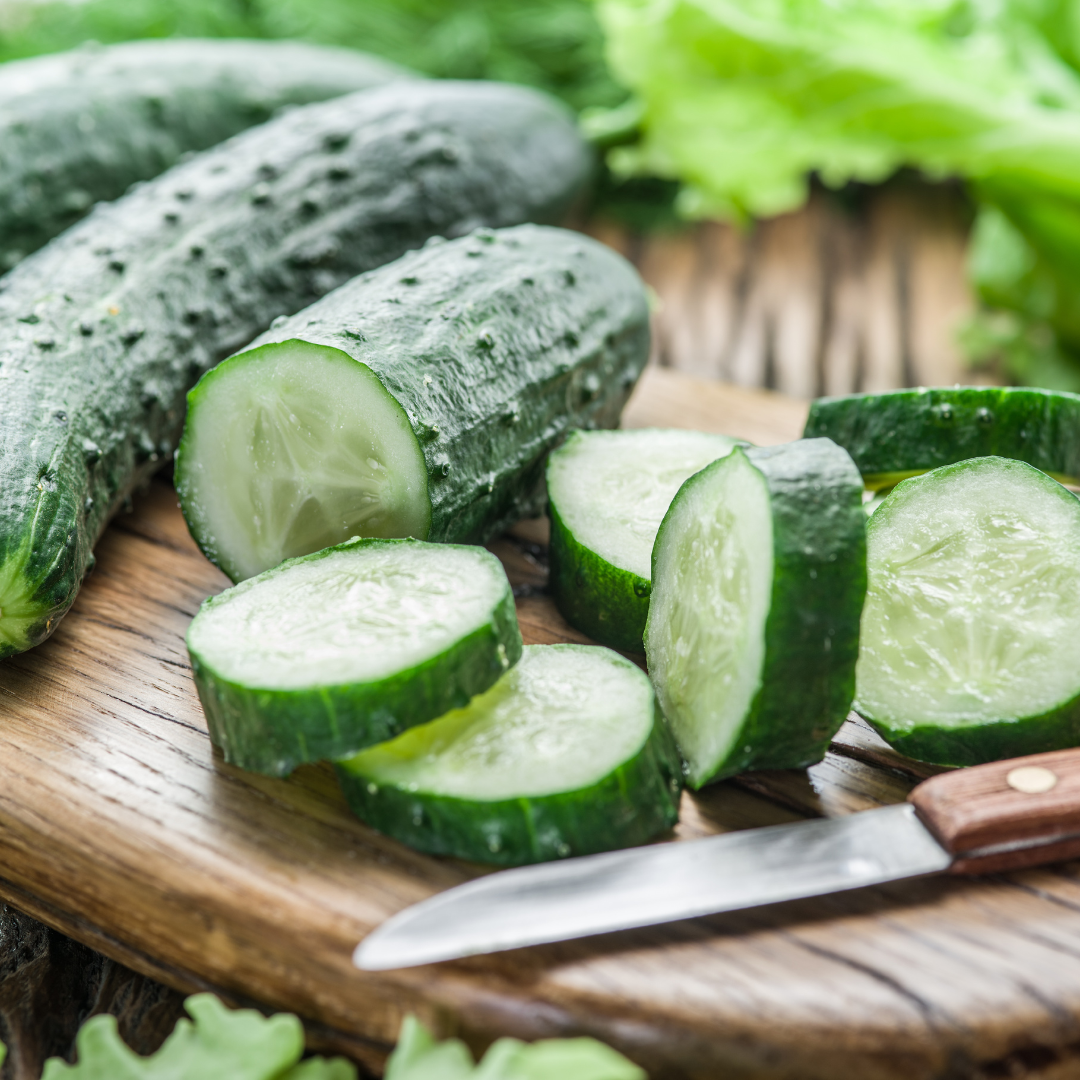 Kirby cucumbers are often short and rough in shape. They have skin that ranges from yellow to dark green.

Kirbys are delicious when eaten raw, but they're also savory enough to pickle. They're even marketed as "pickling cucumbers" at times. 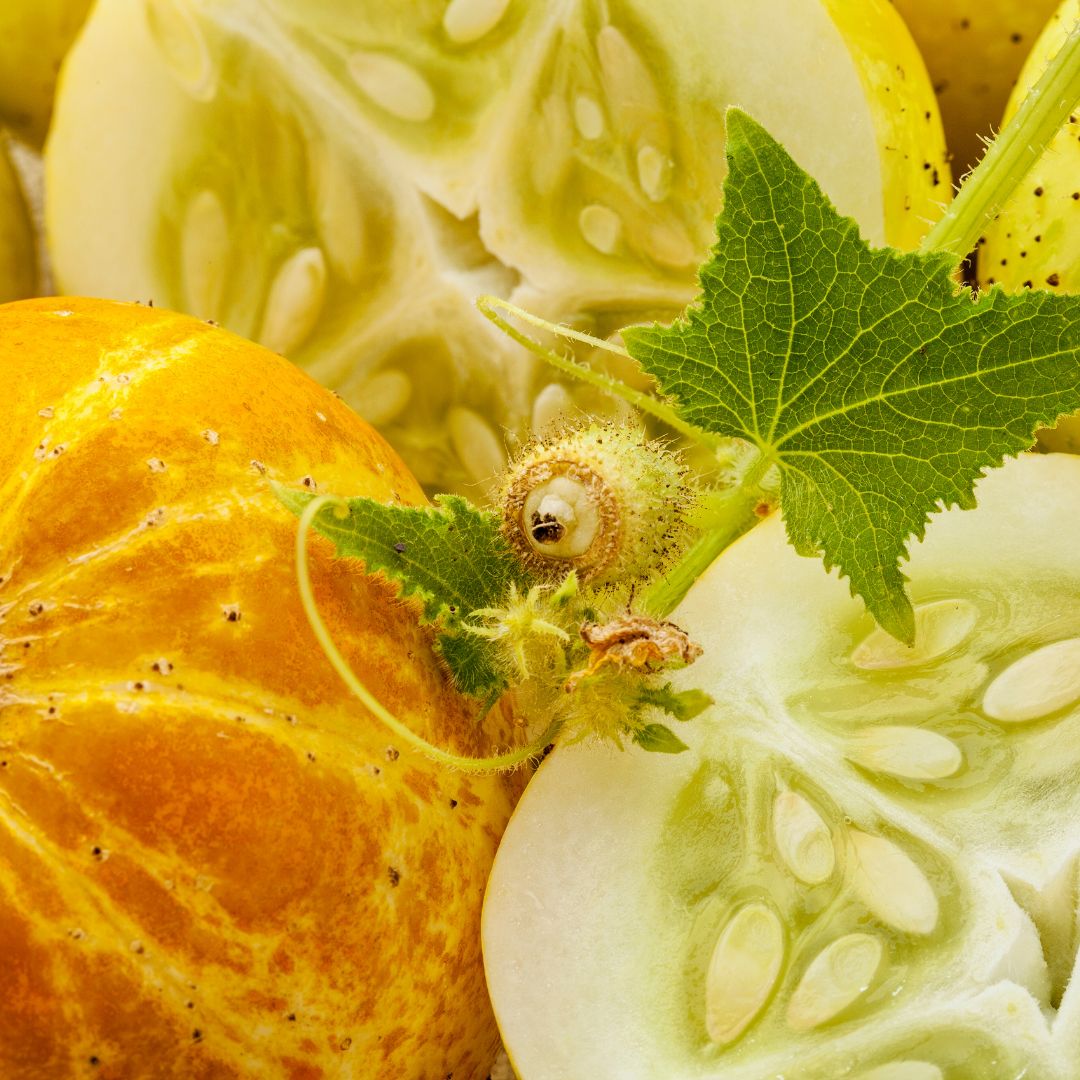 These cucumbers are yellow, spherical, and the size of a generous fist. They resemble lemons, which explains their name. Lemon cucumbers are sweet and do not have the bitter edge that most cucumbers do and they have thin skins, few soft seeds, and a pleasant flavor. 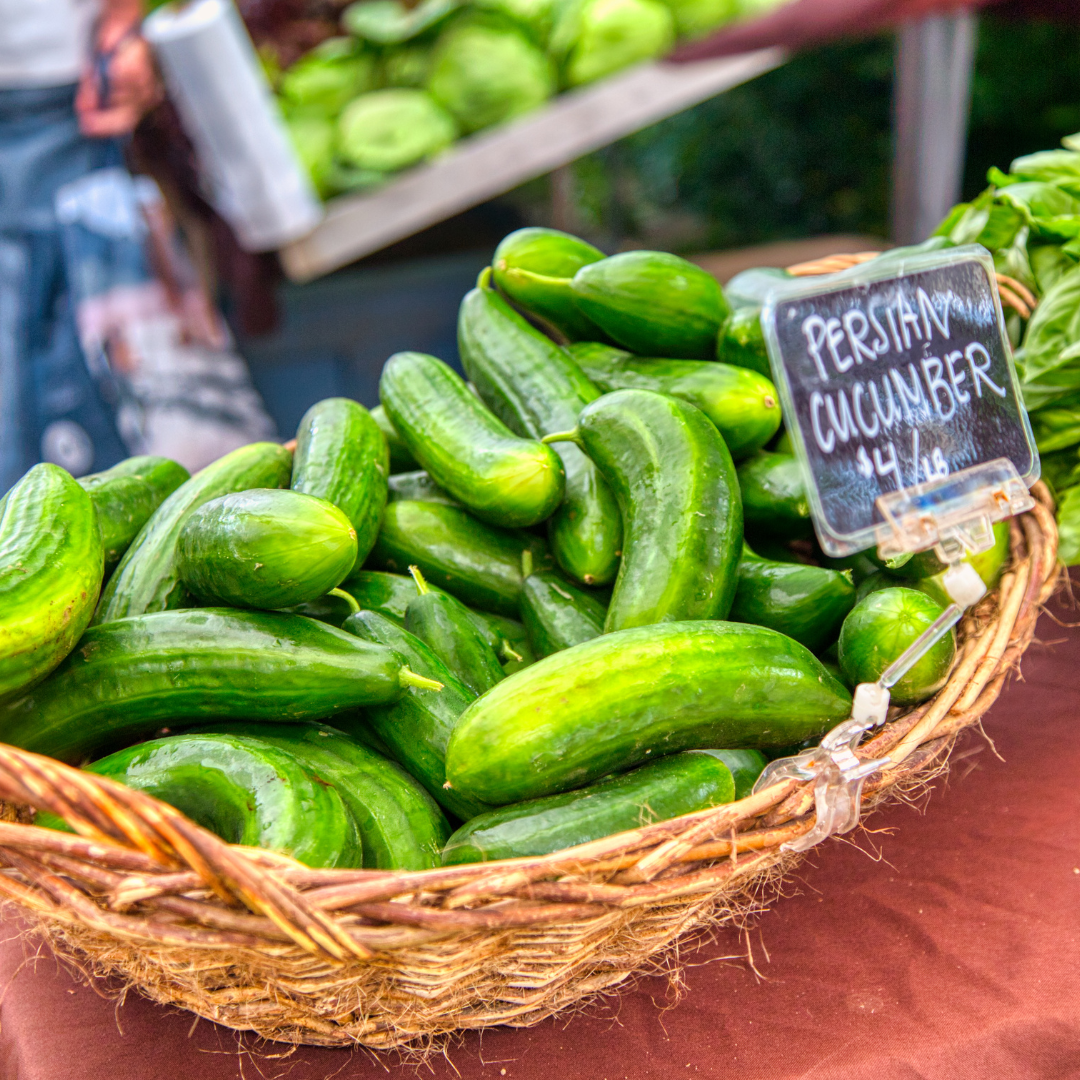 Persian cucumbers are closely related to English cucumbers and they're so identical that they're virtually indistinguishable from fresh, unwrapped English cucumbers. The Persians, on the other hand, come in a wider range of lengths. Some shorter, some longer, and sometimes with somewhat bumpy skin like a Kirby.

Persian cukes have thin skins and a mild flavor and this makes them ideal for salads or dip scoops. They're also crunchy and hard enough to withstand a little cooking. This makes them perfect in a stir-fry! 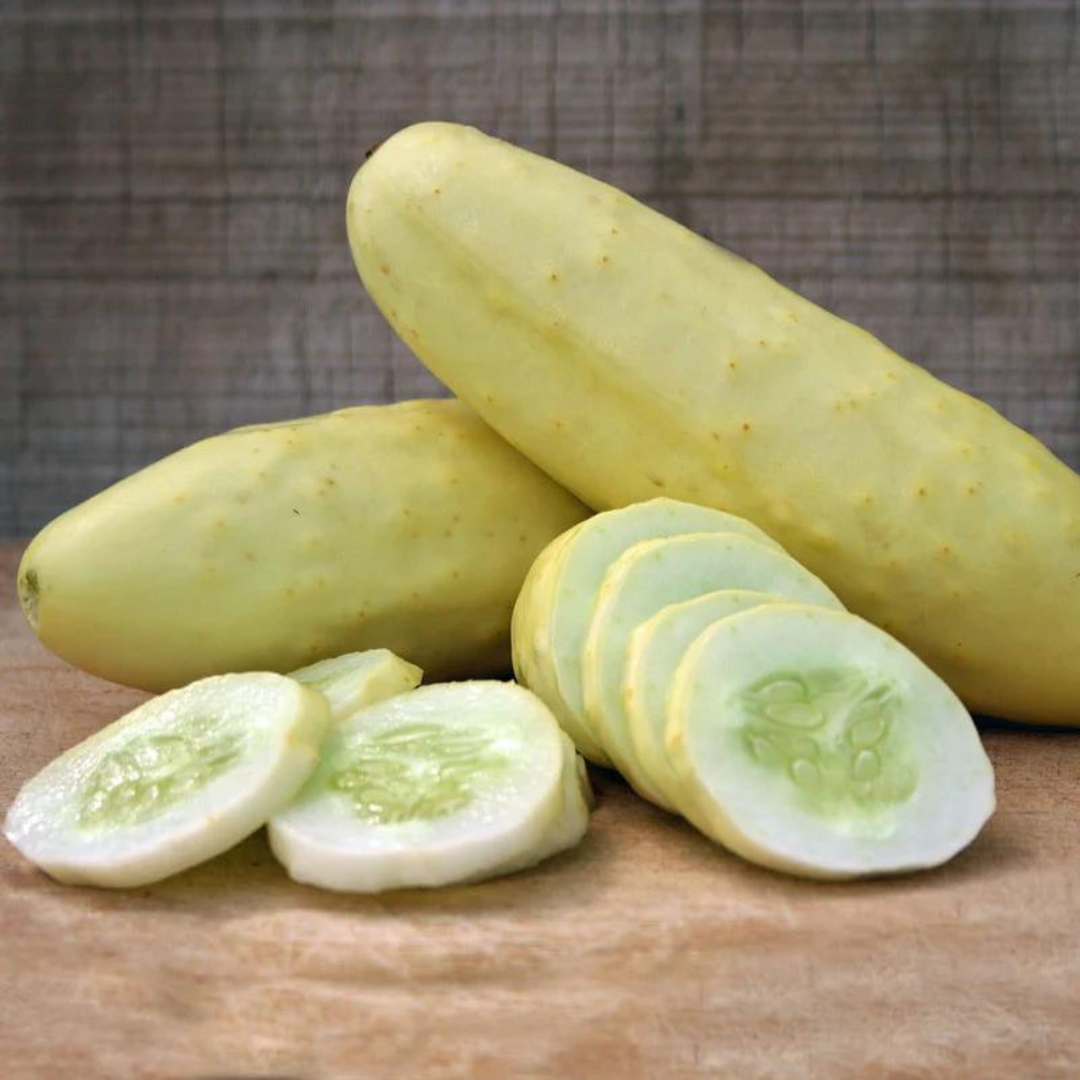 Apparently, as one of the best-eating cucumbers of all, this pale yellow-to-white crisp crispy cucumber was produced at Cornell University. The fruits are slender and 7-8" long, with creamy white sensitive skin. They have a buttery crisp flavor and are never harsh or watery and with considerable resistance to powdery mildew, the plants yield heavy sets of cukes till late September.

Which type of cucumber is best?

The best cucumber is a question of taste and growing region, but the greatest all-around cucumber is usually considered to be one of the 'Corinto' or 'Katrina' varieties.

The most popular cucumber to grow?

The burpless English cucumber is the most common cucumber kind in the United States and they have thin skins and a mild flavor and are spineless and practically seedless. 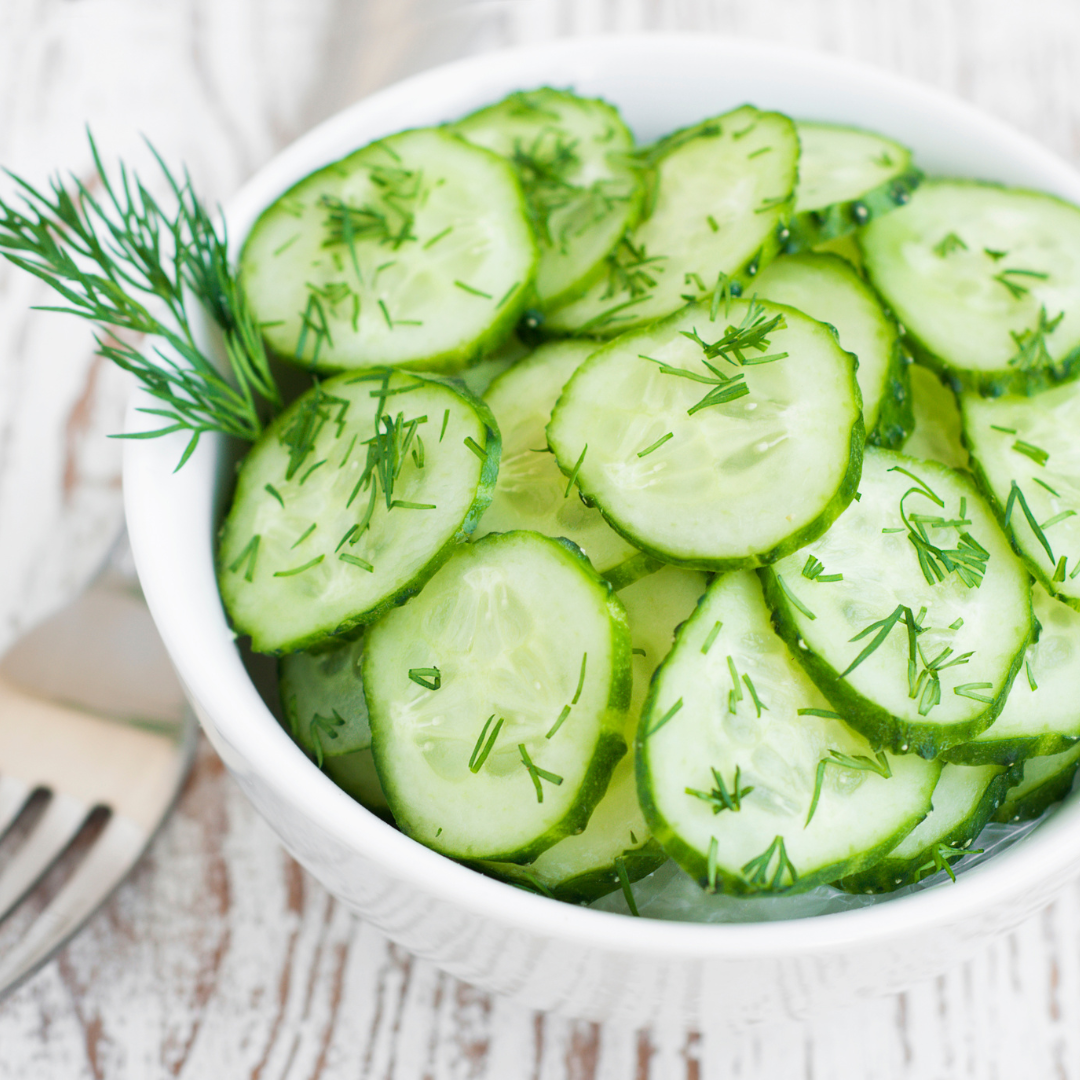 The sweetest cucumber kinds are

Burpless cucumbers lack spines and have thinner skin. This is in contrast to the spined, thick-skinned cultivars commonly found in supermarkets.

The most disease-resistant cucumber?

'Lagos Slicing Cucumber' is the most disease-resistant cucumber cultivar and they were developed for disease resistance and can withstand powdery mildew, downy mildew, cucumber mosaic virus, and papaya ringspot virus.

How many types of cucumbers are there? 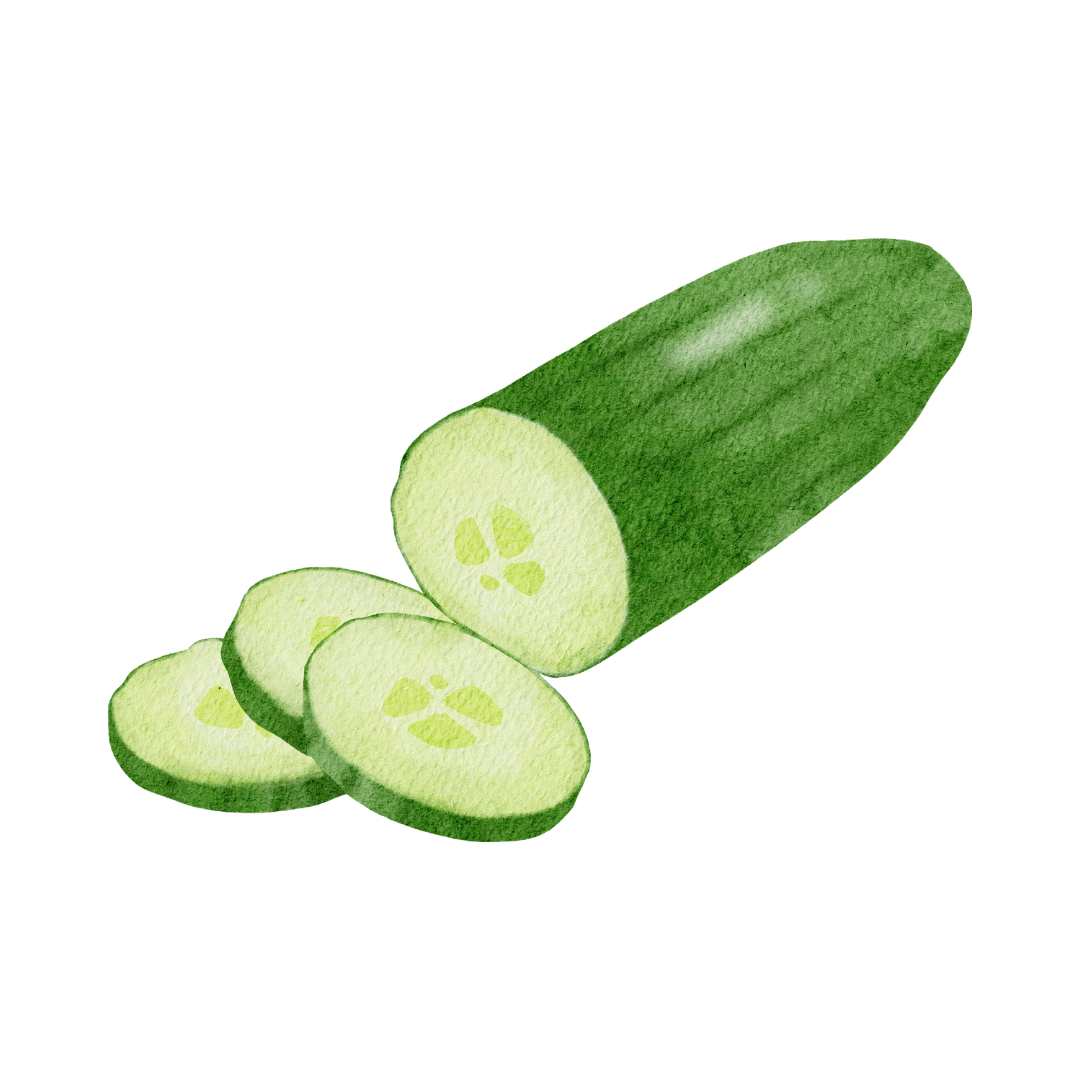 Cucumbers are grown in hundreds (if not thousands) of different kinds around the world and they come in many shapes and sizes: short, fat, thin, long, yellow and spherical, curled and striped, sour, sweet, crisp, juicy, spun, spineless, dark green, white, and everything in between!

Consider how you intend to use the cucumber in the kitchen. How much area do you have in your garden? Consider the climate you reside in when selecting the finest cucumber variety for your garden.

Can you grow different types of cucumbers together?

When open-pollinated cucumbers are grown in close proximity, they can cross and produce unusual plants but if you grow unusual cucumber kinds like lemon cucumbers next to Armenians (which are technically melon), they will not cross and will produce true-to-type cucumbers. 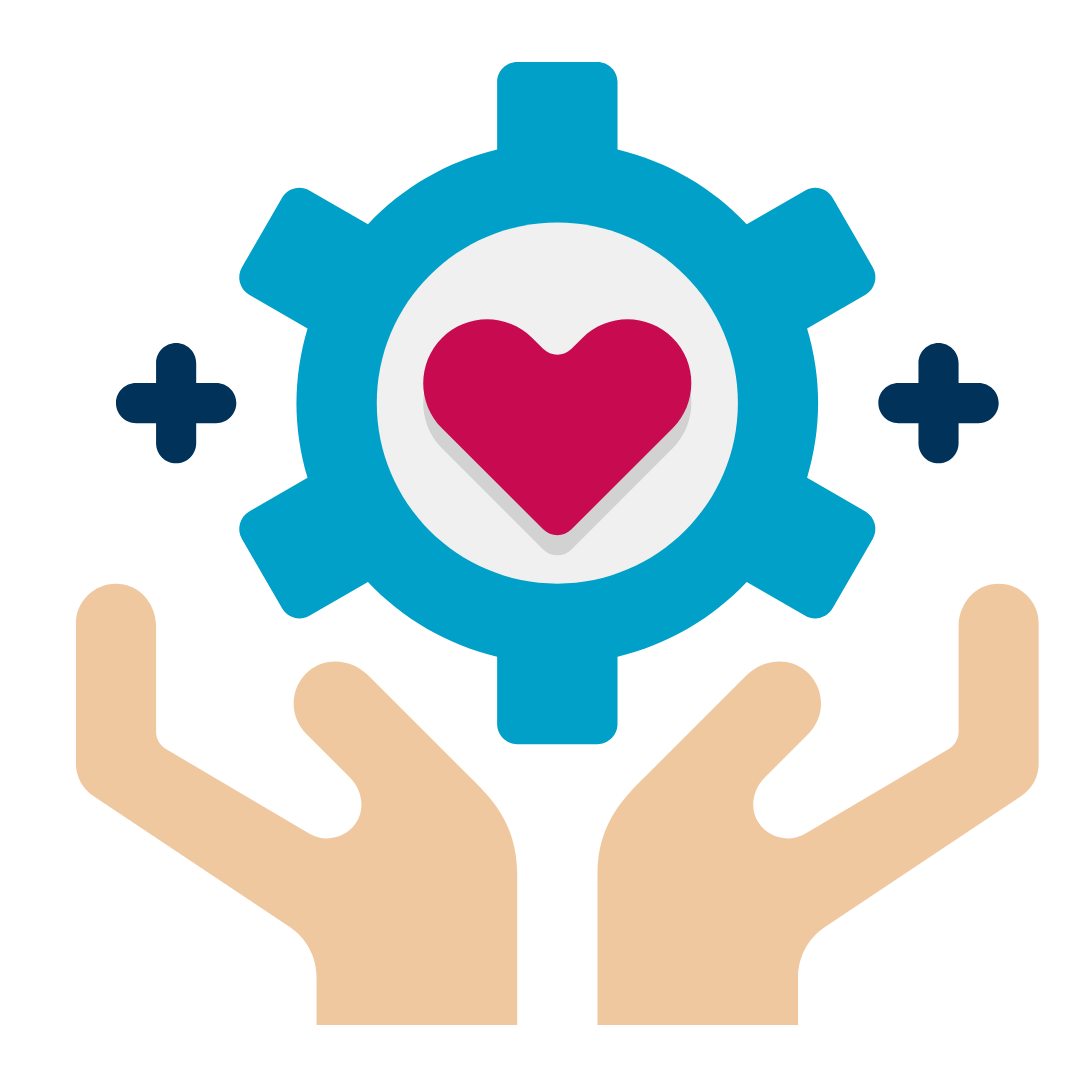 Gardening is all about living a healthy lifestyle and connecting with nature. It also all saves money on groceries and increases food resiliency and cucumbers are one of the most nutritious garden plants you can raise for your household.

Cucumbers are 95% water. However, they are high in vitamins B, C, and K, as well as potassium, copper, and manganese. They include anti-inflammatory flavonoids, which can aid memory and safeguard brain health as well as polyphenols, which can enhance your immune system and lower your risk of cancer. 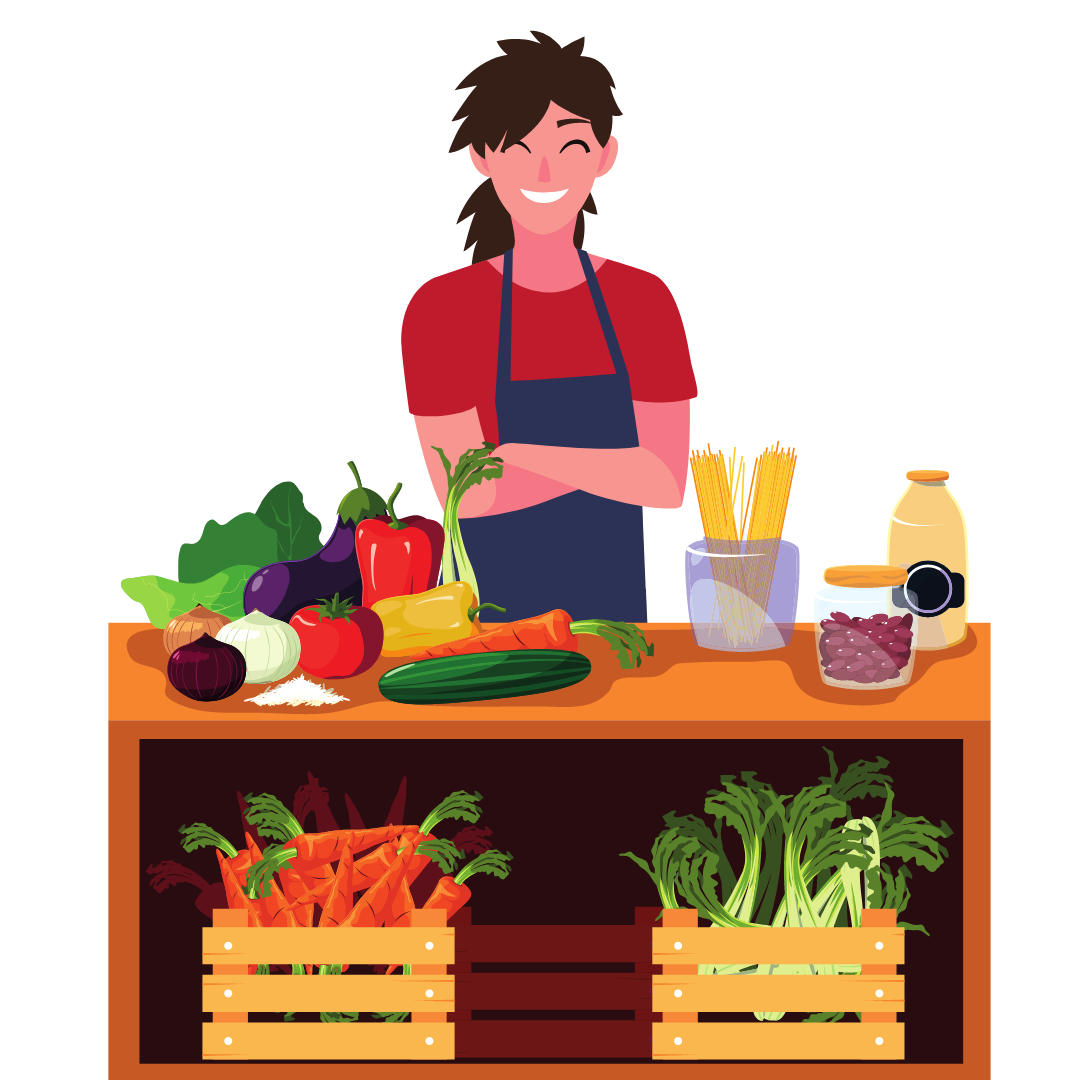 Cucumbers (Cucumis sativus) are a warm-weather annual that is related to pumpkins, squash, zucchini, and melons. Cucumbers are thought to have originated on the Indian subcontinent and have been grown in India for at least 3,000 years before being transported to the Americas by early explorers.

Cucumbers are currently grown all over the world. China produces the most gherkin and pickling cucumbers and Turkey produces the most slicer cucumbers. Cucumbers, on the other hand, maybe grow much closer to home. They thrive in practically every summer climate in the United States and produce abundantly in even the most modest backyard gardens.

Cucumbers have been cultivated for hundreds, if not thousands, of years. 'China Jade' was developed in the Han period in the year 216! Cucumber cultivars such as 'Painted Serpent' date back to the 15th century, while 'Russian' cucumbers were introduced to the United States in the 1800s and humans have clearly been eating these crisp, refreshing fruits for a very long time.