Tequila can only come from blue Weber agave grown in five Mexican states: Jalisco, Guanajuato, Michoacán, Nayarit and Tamaulipas. This makes the process relatively simple when compared to other agaves that have looser varietals restrictions. After the juice is extracted, the true distinctions between different types of tequila happen during the aging process. If you want to learn more about tequila, check out our handy guide.

Tequila is a distilled beverage made from blue agave plants grown mainly in the state of Jalisca and in selected municipalities in the states of Guanajuato, Michoacan, Nayarit, Tamaulipas, and Zacatecas. It is a type of Mezcal, a spirit made from agave plants. 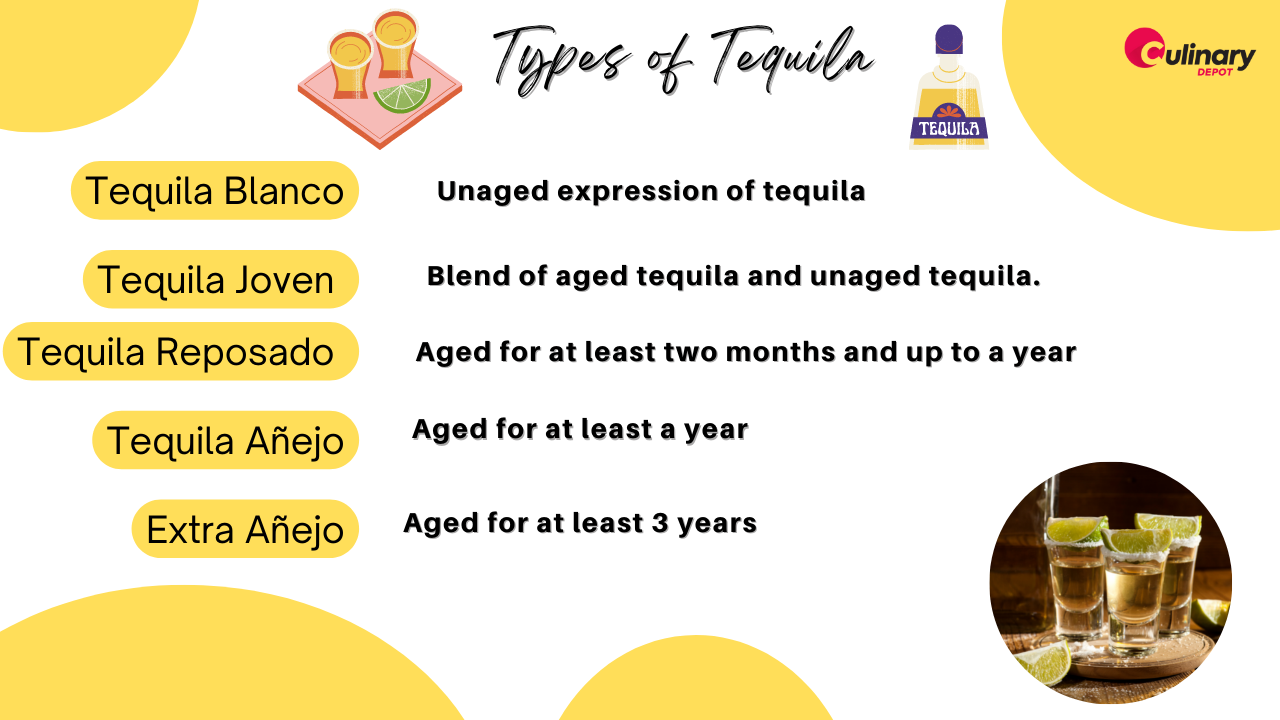 The Difference between Highland and Lowland Tequila

Agave spirits, like wine, gain much of their character by the terroir, environment, in which they're produced. Highland tequila, made at higher elevations, displays a softer sweetness and a floral aroma. Lowland tequila, made in lower valleys, has a more herbaceous character, and a distinct earthy minerality.

The Types of Tequila

Duration of Aging: None

Blanco tequila doesn't see the inside of an oak barrel for aging. Without the influence of wood, blanco tequilas provide the purest expression of agave's natural flavors. They capture the terroir of their regions where they were grown. Some producers choose to store their tequila in steel tanks less than two months to allow the flavors to settle a bit across batches. However, even this slight delay leaves the majority of the vibrant, youthful, fiery flavors intact.

Blanco tequila has a strong flavor profile, which includes agave, herbs, citrus, and spices. It's usually hotter than its aged peers and blasts the palette with raw vegetal agaves, grassy herbal notes and other spices, and sometimes even natural sweetness from the agaves themselves. It has a strong profile making it great for cocktails as its bold flavor goes toe to toe with any mixers you throw at it. Blancos are often too strong for some palates. If you're considering a straight shot, choose an extra smooth tequila for complex taste without the harsh burning. 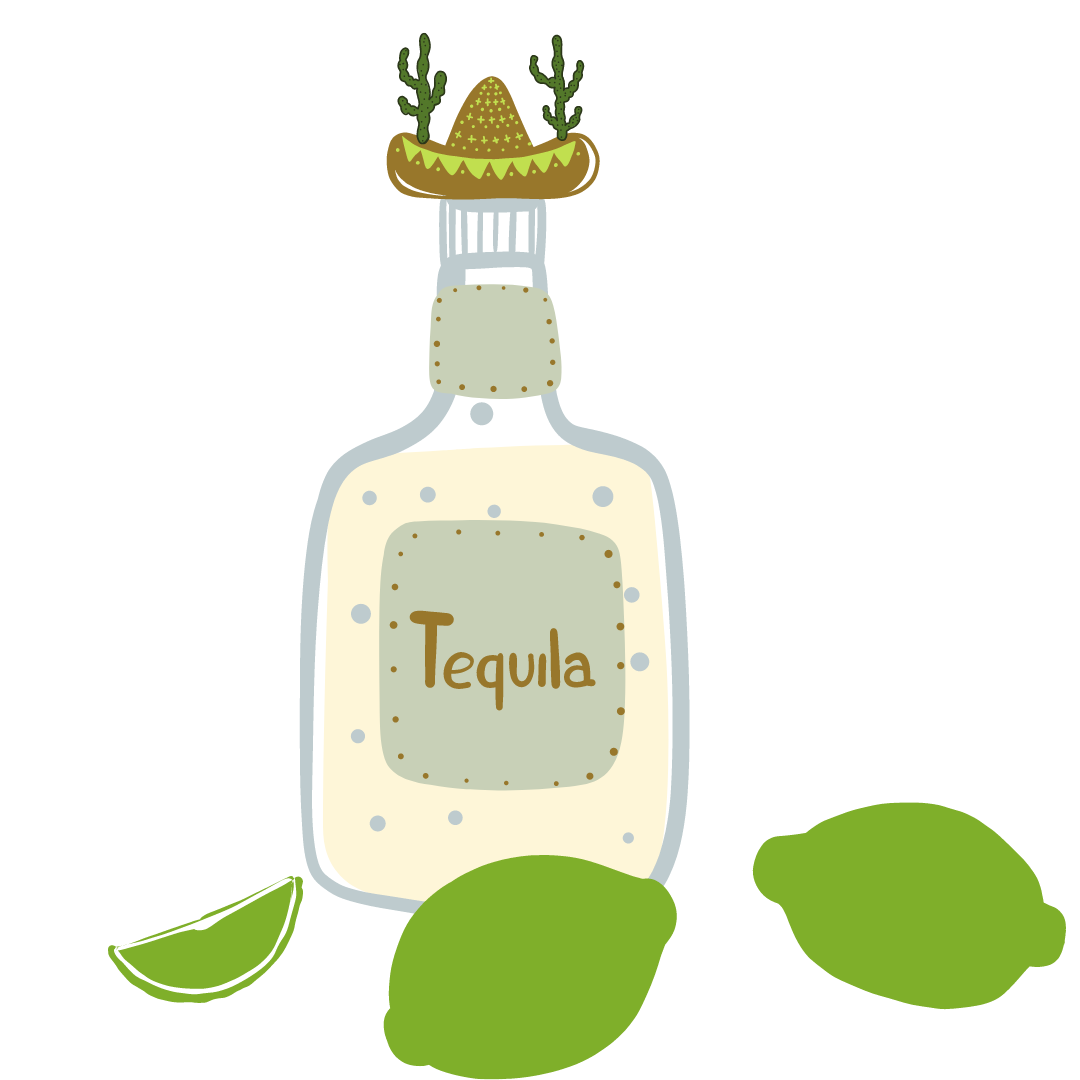 Duration of Aging: Aged for at least two months and up to a year

To make Reposado, distillists take blanco tequila (fresh from the still) and store it in American or French oak barrels. Reposado tequila has a unique flavor profile because it rests in barrels for between two months and a year, giving it just enough time to mature without losing younger notes from its original agave juice.

As it sits in the barrel, the agave tequila darkens to an amber color as it pulls tannin from the wood to create flavors of caramel and honey Tequila's natural citrus and spicy flavors don't diminish but rather tend to round out as they age, creating complex notes of dry chocolate and spices. Some producers choose to use used barrels that were previously used to store bourbon, Cognac, or wine, which add even more flavor to the tequila's development. Some are strong enough to support cocktails while more subtle expressions are best served neat or over ice. 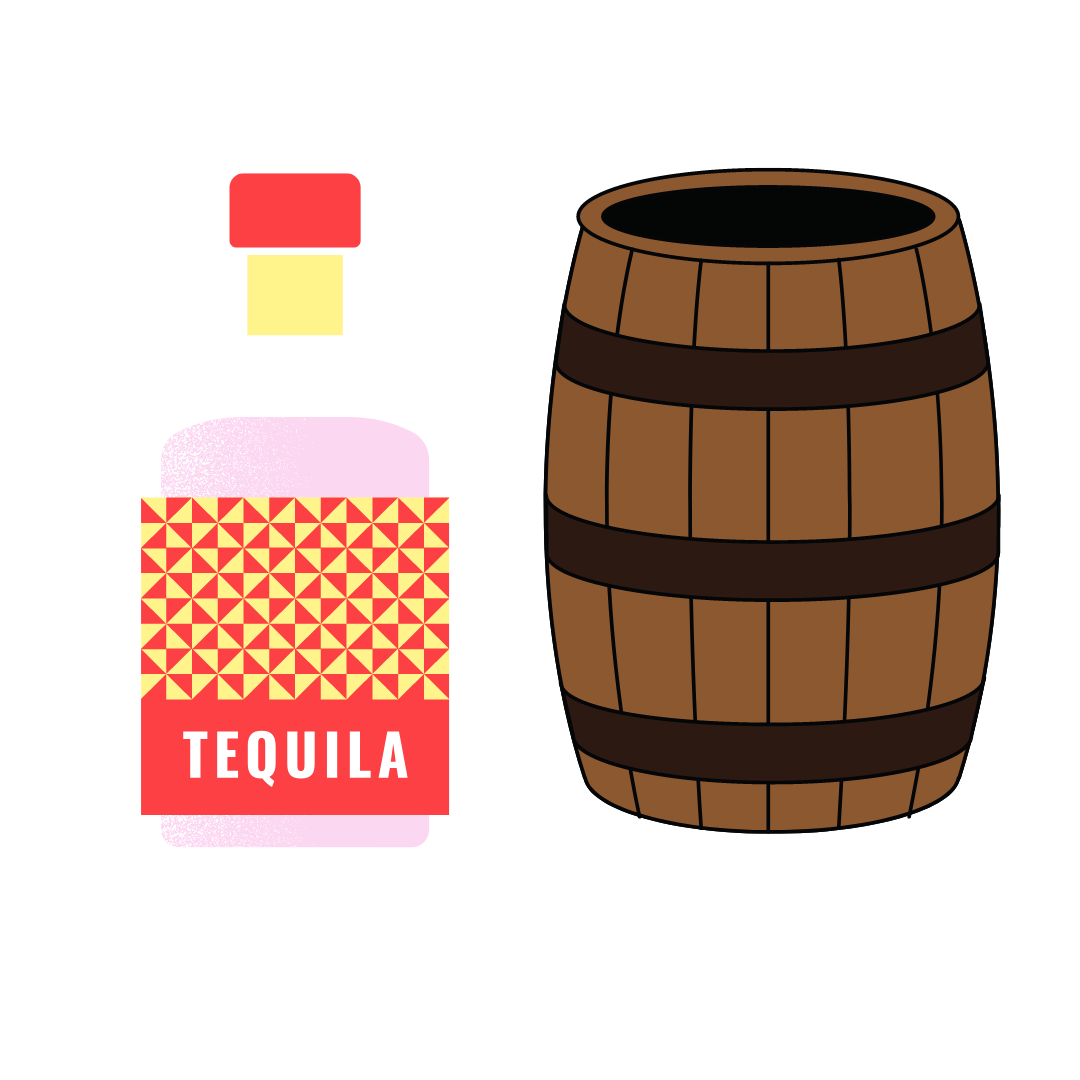 Duration of Aging: Aged for 1-3 years

If you leave tequilas in the barrels for longer than a reposo­de, they become aged. Tequila aged one to three years has a stronger flavor than younger varieties. It proves that true distinction comes with time. Anejo tequila barrels are limited to 600 liters; therefore, every drop gets a good amount of contact with the wood.

That extra time intensifes the color and notes of a Reposado, darkens Tequila even further, and produces a richer taste Añejo tequilas often become sweeter and less tart when they're aged for longer periods of time. Some would even spike their horchata with Añejo because it compliments its distinct notes of nuts, coffee and honey. 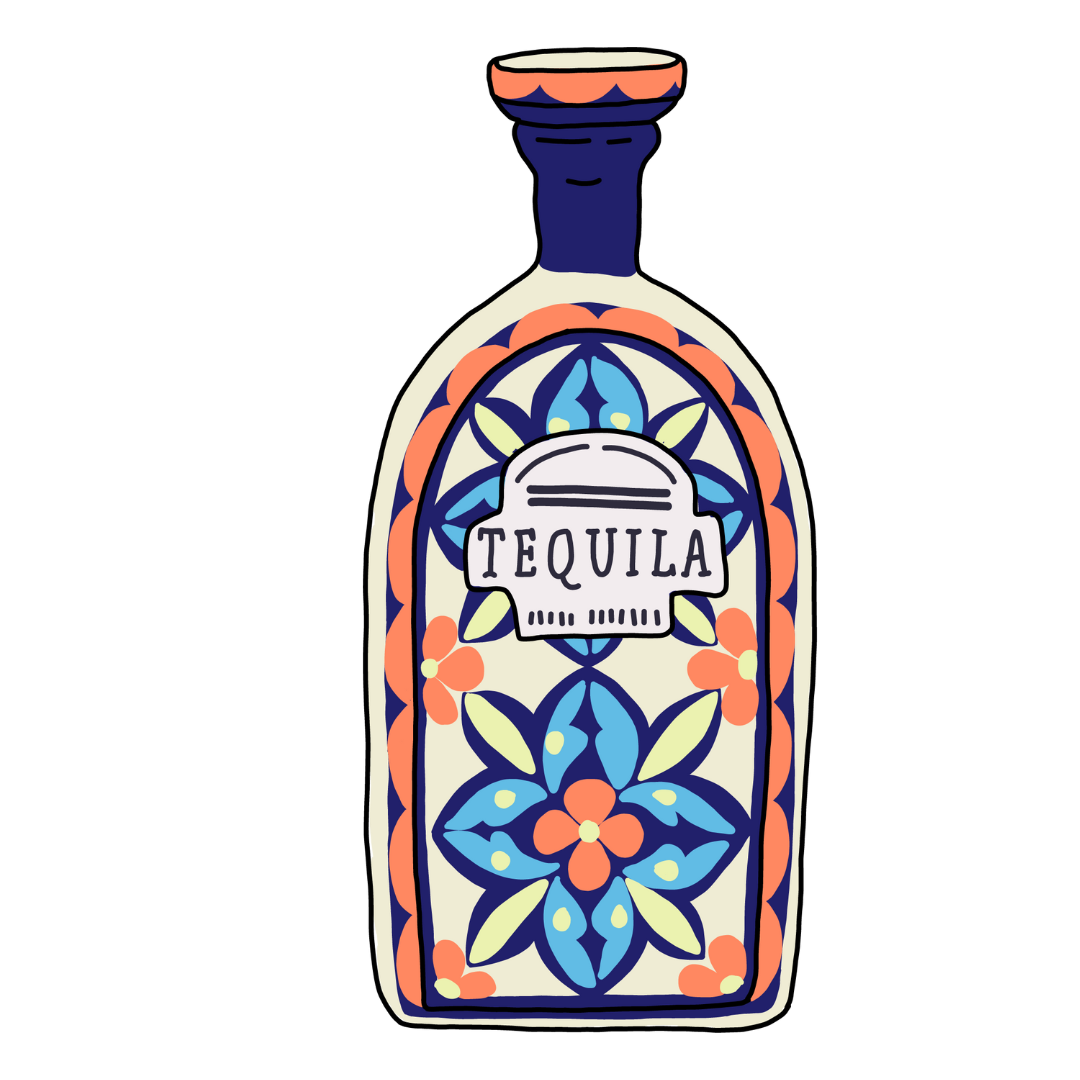 Duration of Aging: Aged for at least 3 years

If the producers leave their tequila in the barrels for three years, they qualify as extra aged. Ultra-Aged Tequilas were first introduced in 2006, making them a relatively new addition to the long history of tequilas. It must be cut with water before adding it to the mix, which smooths out the final product even further. While the extensive aging of the agave may elicit comparisons to well-aged Scotch, there is no age statement required on aged agave. With the added prestige that comes from having longer barrel time, many premium barrels fetch high prices.

An amber color doesn't always mean that a tequila is old. Stay away from gold tequilas, which are usually tequila mixed with caramel coloring and artificial flavorings. 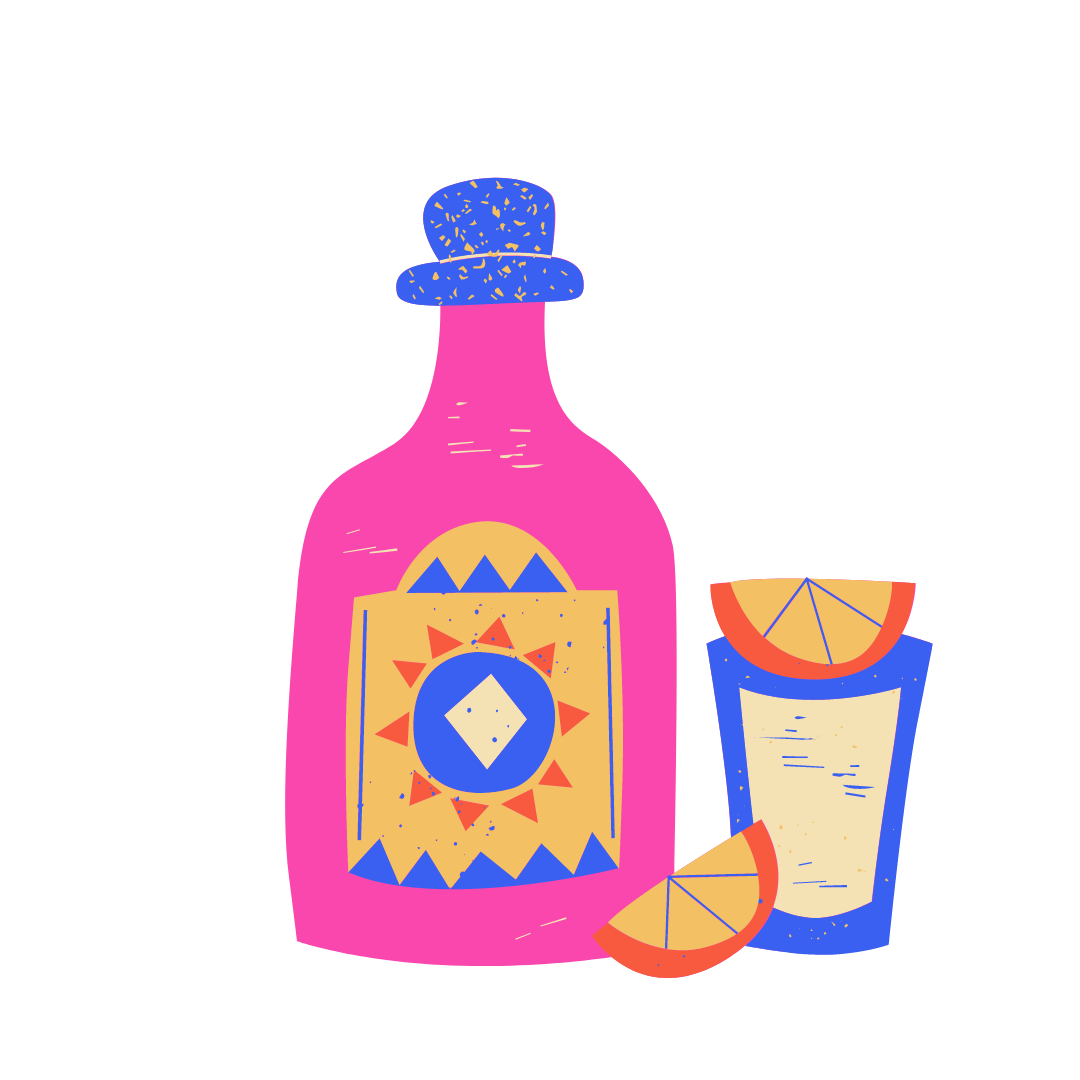 Tequila is a small category of spirits that can be difficult to navigate at your local liquor store. Mixto tequila is usually made by adding sugar, coloring, flavoring, oak extracts or glyerin in order to imitate aged reposados and anejos. Because these aren't made with 100% agave, the entire tequila category tends to demand lower price points than honest aged tequila.

On the one hand, joven tequilas are made by blending a majority (usually 80%) of blanco tequila with a smaller cut (usually 20%) of aged tequila without any added sugars and flavorings. Blending different kinds of tequila creates a nuanced product reminiscent of Scotch. Joven is particularly good for cocktails because it provides the bright citrus flavors of blanco and the lively character of rested tequila in one neat package. If you happen upon a bottle of joven, give it a try, but chances are slim you'll be able to find it at your local corner store.

Tequila vs Mezcal: The Differences

Mezcal is a spirit made from the agavaceae family of plants, which are native to Central Mexico while Tequila is a type of Mezcal. There are approximately 30 different kinds of agave plants and Tequila is made exclusively from the blue Weber agave plant, also known as blue agave or agave tequila.

The state of Oaxaca is its home. Tequila has been associated with the state of Jalisco and the town of Santiago de Tequila since its earliest days when it was first produced there. Both tequila and mezcal must be produced in Mexico for them to be legally labeled as such.

Mezcal is America's oldest distilled spirit. Agave has been used for centuries by various cultures in Mexico, dating back at least 400 years.

There are some differences between Tequila and Mezcal due to farming techniques, governmental regulations, distillation processes, and finance, so we’ll go into them one by one. 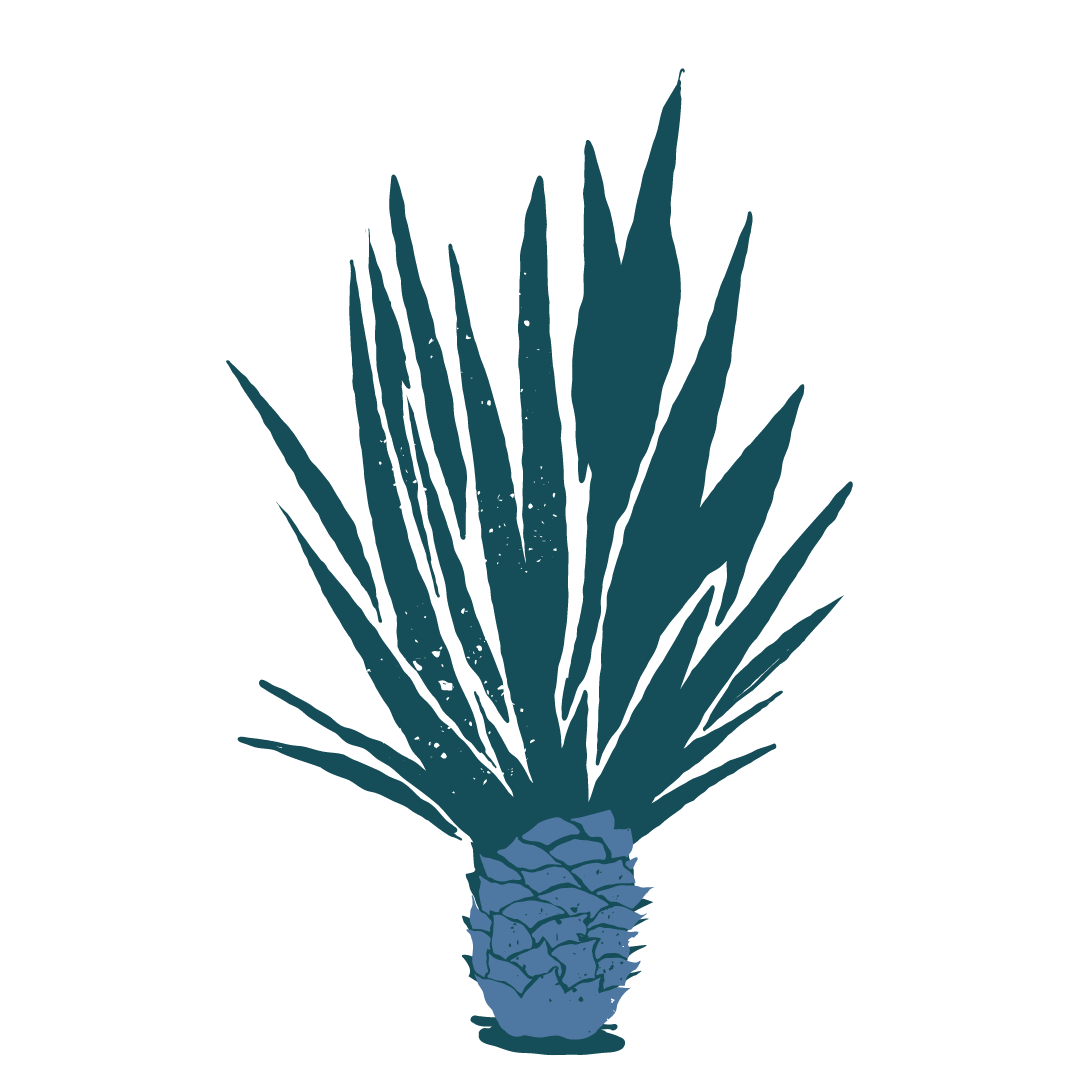 Agave grows naturally in the wild and on farmlands. It takes five to 25 years for the plant to mature. The blue agave plants used for tequila are fully grown in six years.

Agave is harvested using a tool called a “cao de jima”. The coa, a cross between a hoe and a machete, is used to slice the leaves off the agave plant and separate the core from its leaves. The core, or pina, is the crop. It looks like a gigantic prehistoric pineapple. It can weigh anywhere from 40–300 pounds depending on the variety. 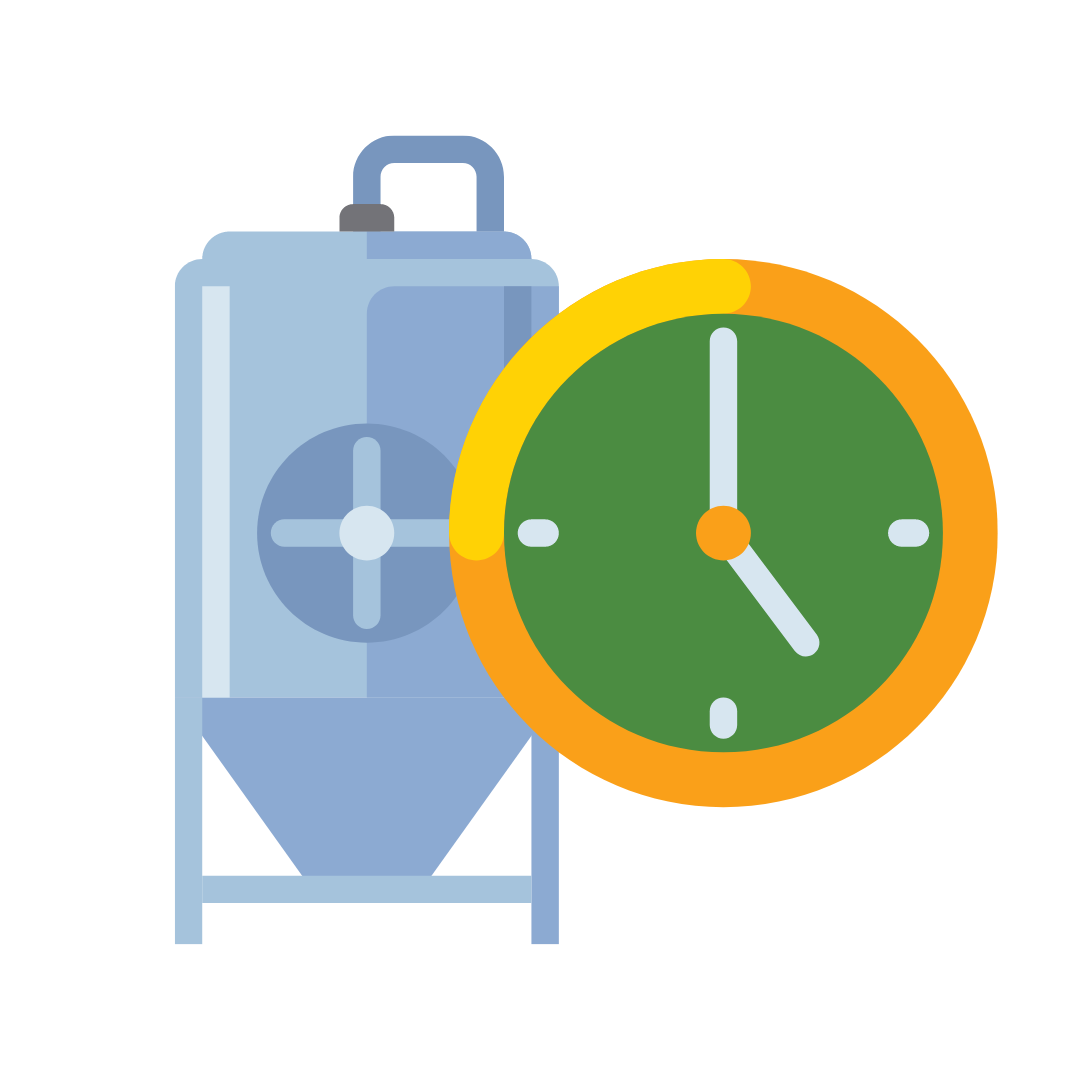 Mezcal gets a signature smoky flavor from roasted agaves in a covered fire pit filled with wood and stones. It's similar to how Scotch gets its smokiness from burning peat to cook barley. However, when tequila was industrialized in the late 1800s, smoke pits were replaced with the brick oven. There are some tequila distilleries that still use them, but there are two machines — the autoclave and diffuser — that can do the job quicker.

Diffusers are more efficient because they strip more sugars from the agave plant, which means fewer plants are needed to make tequila. Traditionalists argue that automating the process would lead to a lower-quality final product and jeopardize the plant species by encouraging overproduction to meet the increased demand.

After being cooked, they're shredded to produce a juice known as mosto. This goes in a fermenter with yeast and water. When yeast meets sugar (or any fermentable carbohydrate), it producces amore which will be combined with ethyl alcohol.

Distillation is used to create most spirits, including tequila. This concentrates and removes impurities from the alcohol so you can safely drink it.

Mezcaleros do most if not all of their labor-intensive work by hand. They're still made from local materials like clay and copper and are a lot smaller than traditional stills, so they can be moved anywhere they're needed. Mezcal has a special name: Ancestral. It’s made from 100% agave plants by hand. 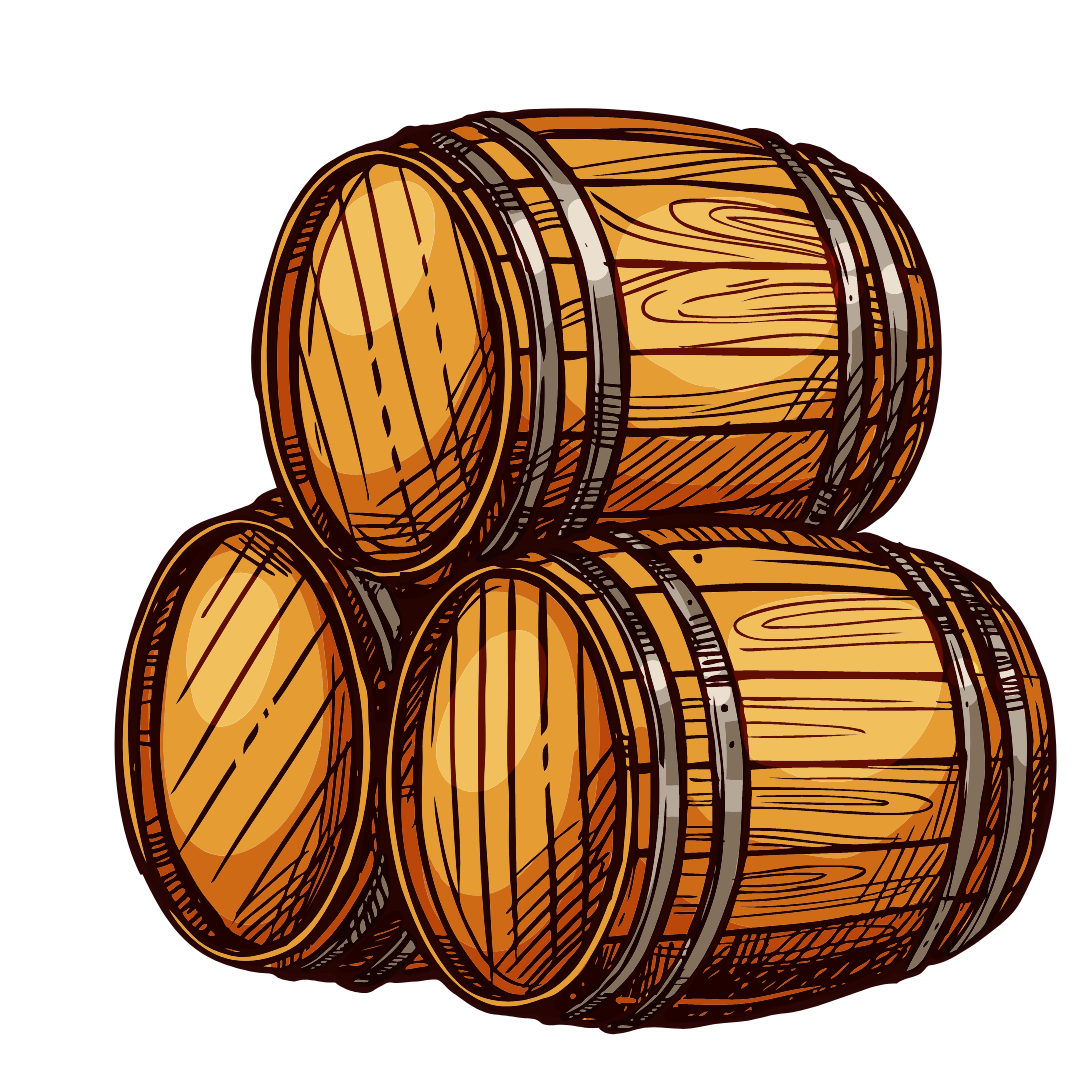 After distillation, all spirits, including tequila are clear. Dark spirits develop their dark color by aging in a wooden vessel such a barrel (or casket). This process removes tannins from the drink, and adds barrel notes which are often linked to baking spices like vanilla, caramels, and brown sugar.

Mezcal aging is not a traditional Mexican process, so mezcals usually don't go through a barrel. They're stored in glass, clay jars, or non-solubilizing plastic containers. That’s one reason why mezcal is clear 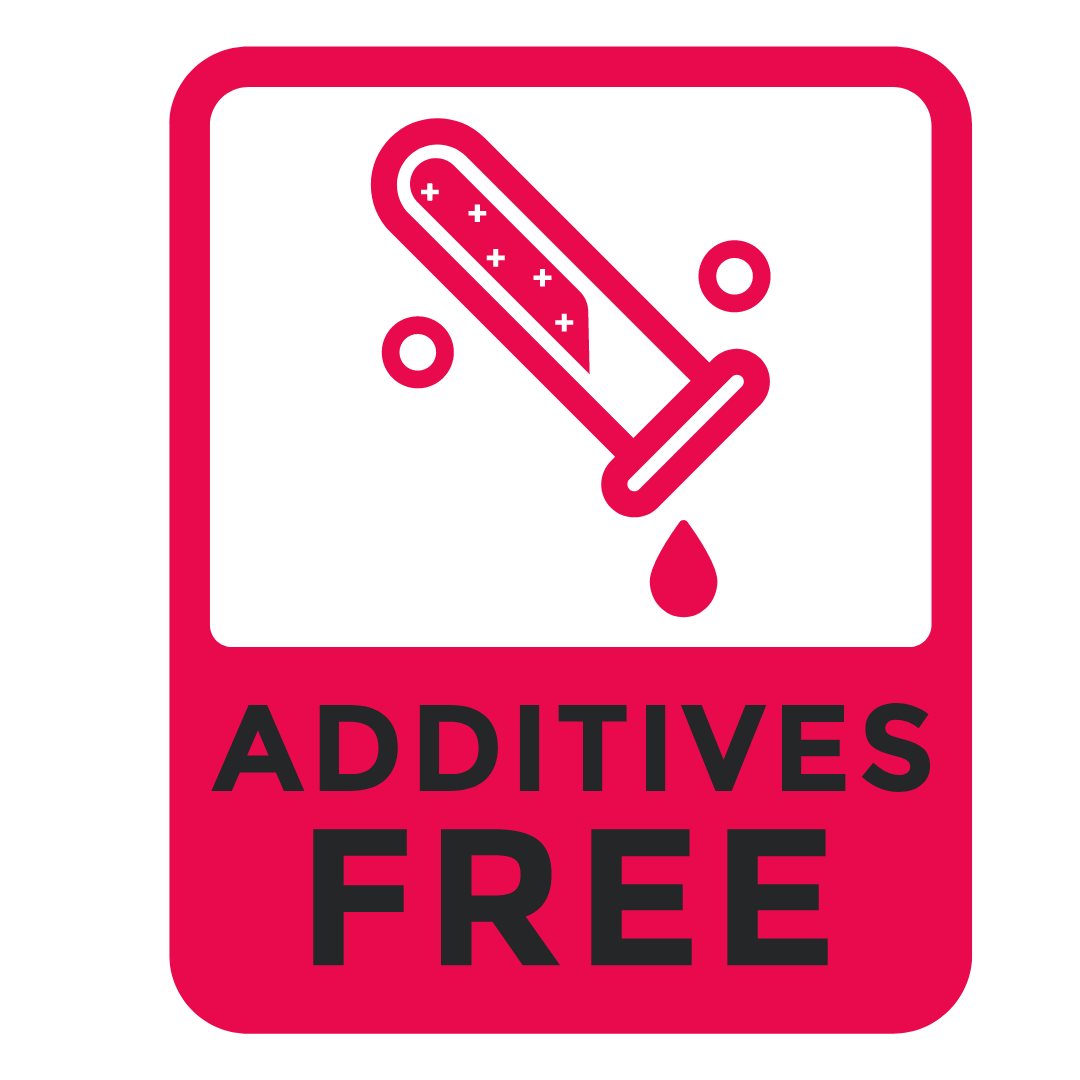 Mexico regulates its native spirits so that they're clear on what makes a Tequila a Tequila and a Mezcal a Mezcal. Without turning this into a legal brief, any Tequila or Mezcal worth drinking must contain "100% agave" written on the label. If you don't see that label, it means that it's considered a liquor and can contain anything from grain alcohol to additives.

By law, a blanco cannot contain additives; however, by law, aged tequila may contain up to 1% undisclosed ingredients and still be considered 100 percent agave.

The process of incorporating ingredients, known as “melting” or “reconstitution,” allows four kinds: caramel coloring, wood extract, glycine, and sugar-based syrups. Coloring makes it appear darker, wood extract makes its smell stronger, glycerin gives its mouthfeel a thicker texture, and syrup adds flavors. Agave has a naturally sweet flavor that doesn't taste like sugar, vanilla, or caramel, so if you taste flavors that remind you of candy or sweets, chances are, your agave has additives.

Want to know more about Bartending?

Check out this blog to find out more about bartending in this blog. Learn more about cocktail-making tools and bartending tools for professional and home bartenders. Get in touch, and we'll help you get all the restaurant equipment you need to run your business!