Yes, there are different kinds of kale leaves. Knowing what they're made from will help you know which foods you should use them for. The many benefits of kale are one of the reasons why it has become one of the most popular vegetables for people who want to eat healthily. In this article, we talk about the different types of kale that you need to try!

Types of Kale You Need to Try! 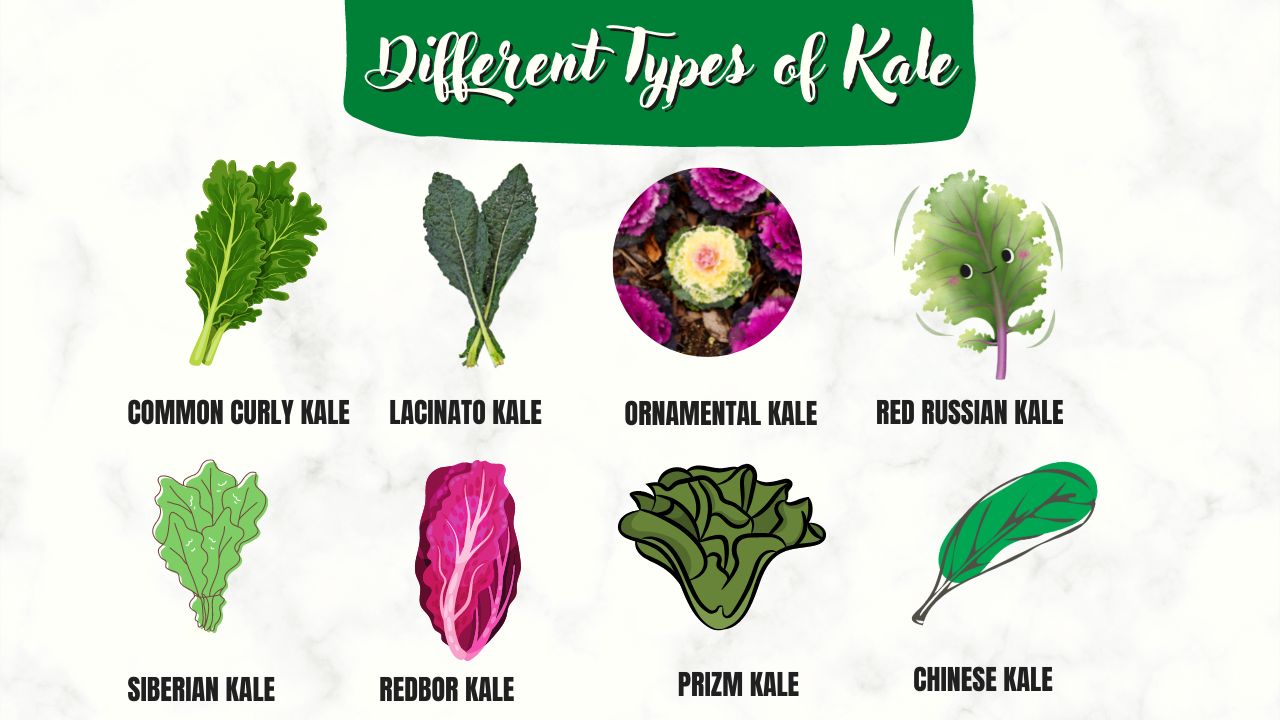 (See More: Different types of cabbages and how to prepare them) 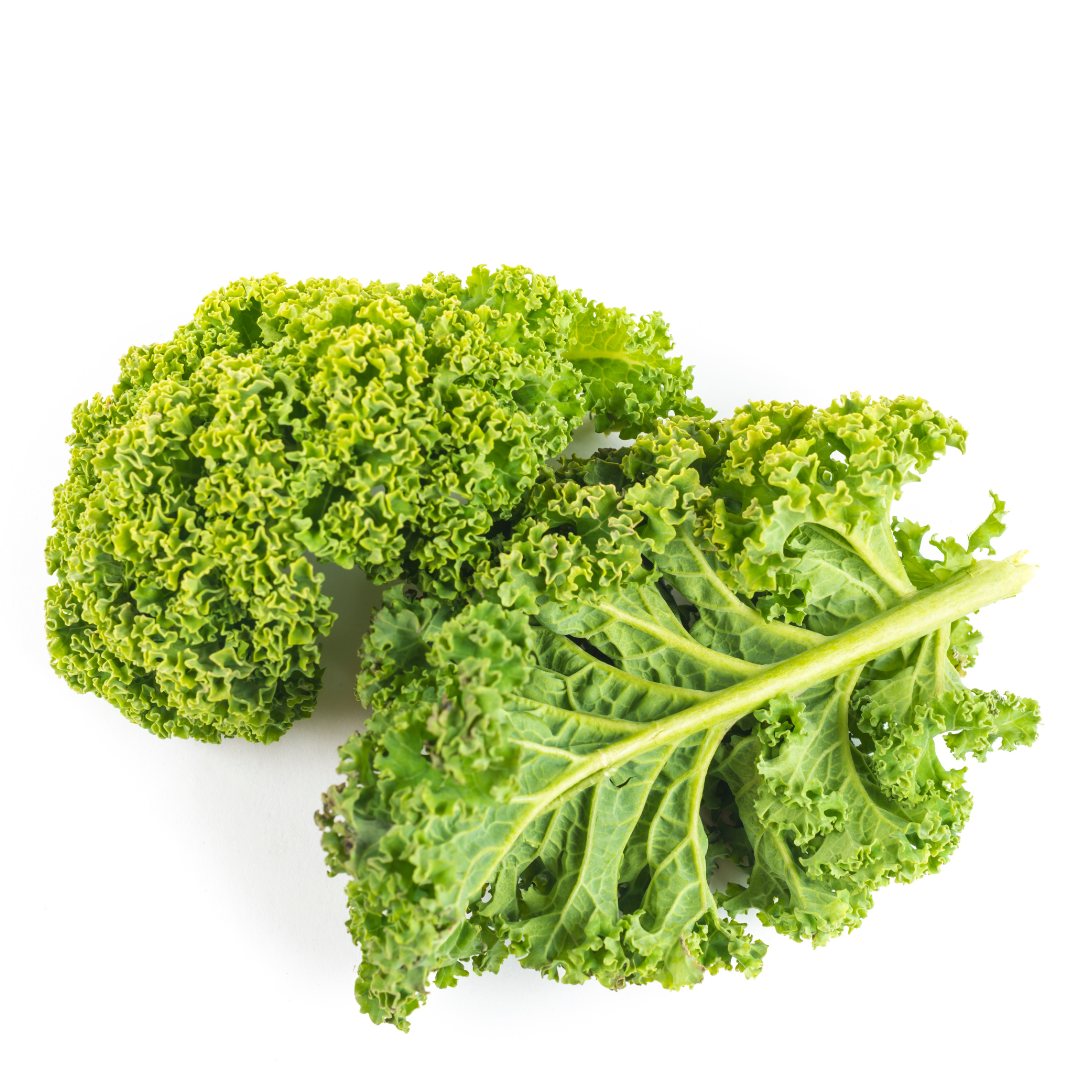 This is the kind of green leafy vegetable you normally buy at the supermarket. This popular kale variety has large, frilly-shaped leaves and long stems. It's usually sold as loose leaves bound together but actually grows as a loose head (like lettuce). They are best used in salads, soups, stews, or smoothies. 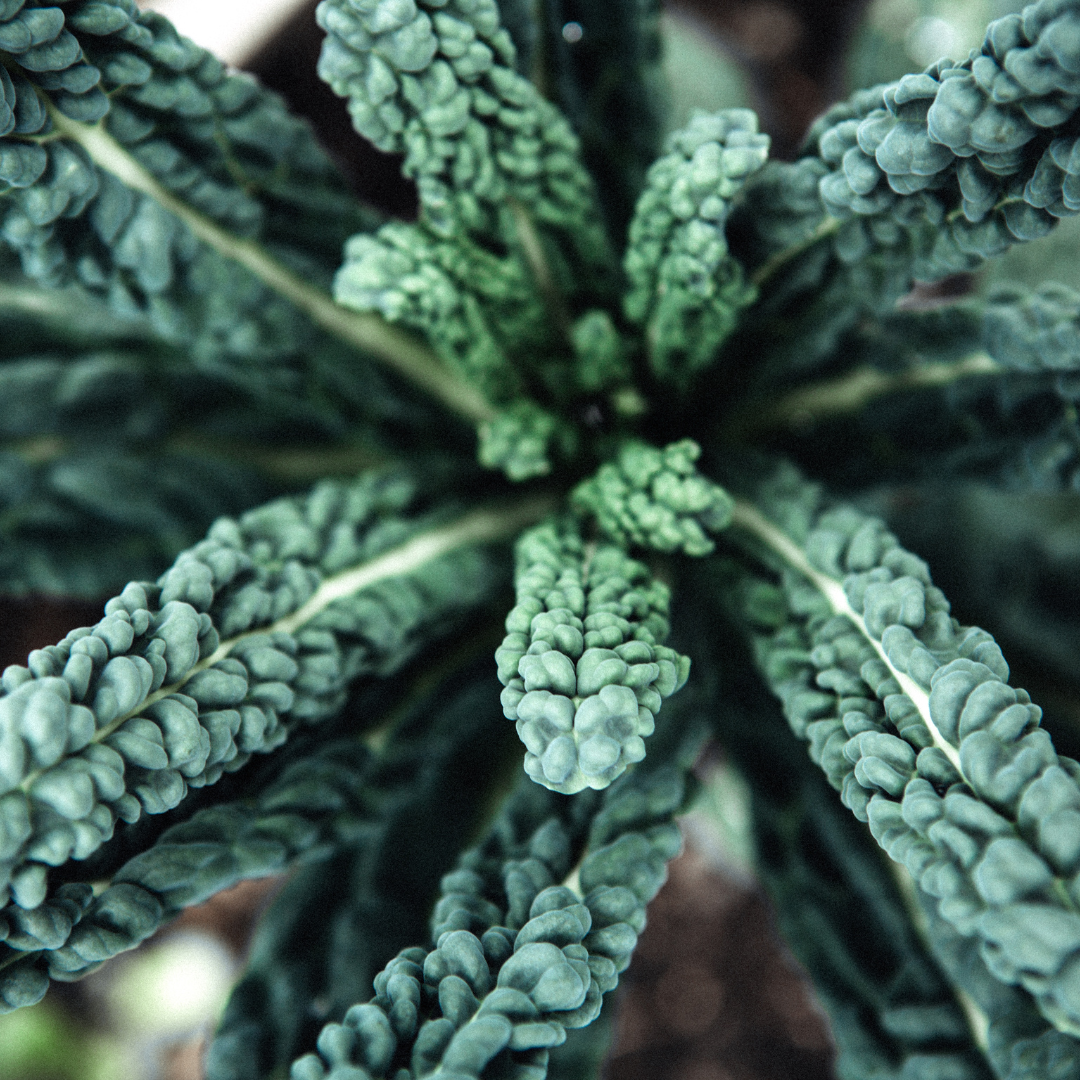 According to Berkeley Wellness, this Italian common variety of kale was cultivated by Thomas Jefferson in his gardens at Monticello. The dark blue-green, slender, long-leaf kale has no frilly or curly edges. Instead, the leaves are wrinkled and folded like Savoy cabbage and curl under at the edges. The leaf texture also has a bit of a reptilian look, so the coolest name for this type of green vegetable is "dinosaur." Lacinato is often used for Tuscan soups and stews. You could use these kale types in salads too. 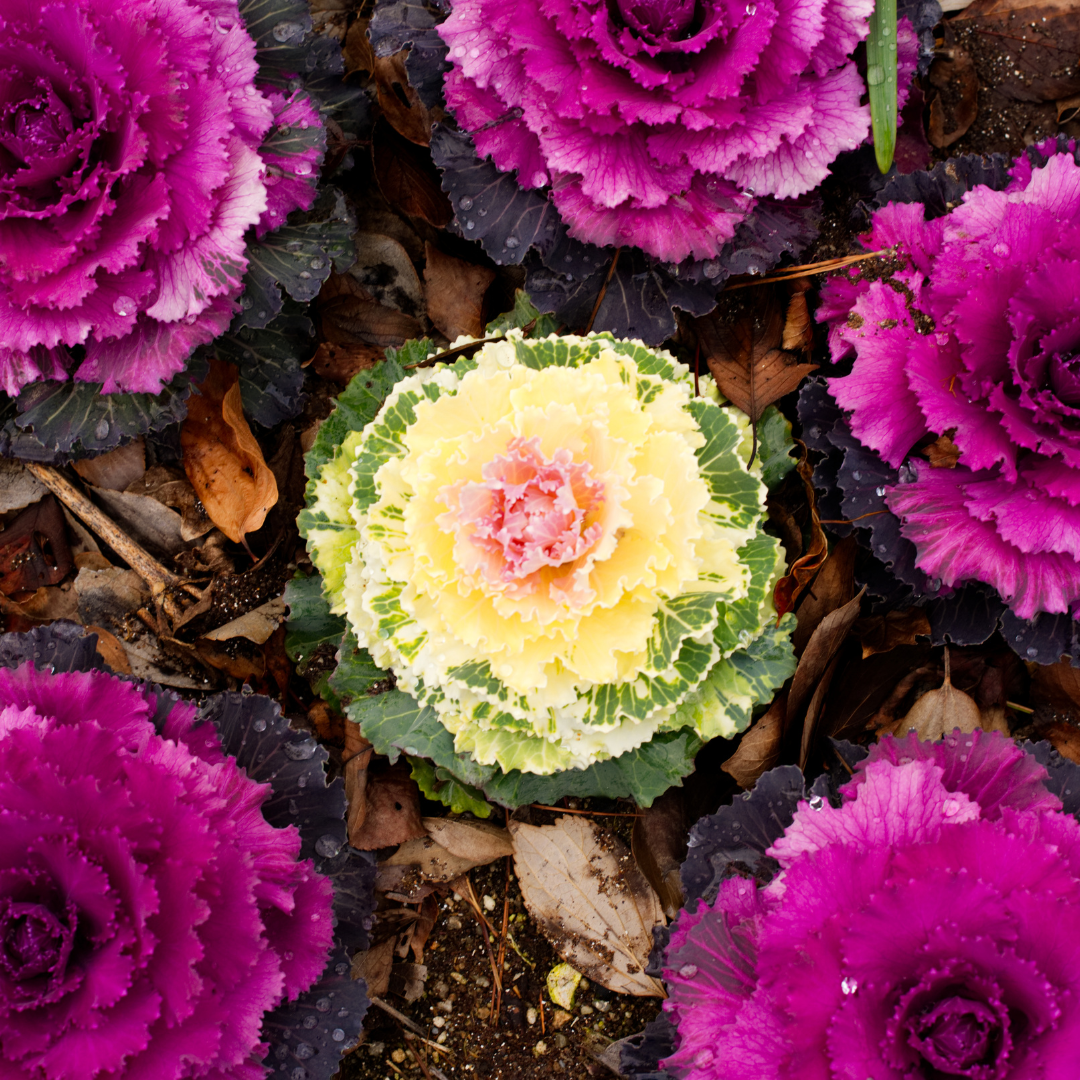 This brightly colored, ornamental varieties of kale range in colors from white to pink to purple leaves to magentas. They're often used at buffets for display purposes. It forms a rosebud, which resembles an open flower bud. Its leaves are not particularly fine but they're edible. It's good for adding color and frilly texture to your meals. If you're having guests for dinner, consider serving them as a garnish to give them something extra. 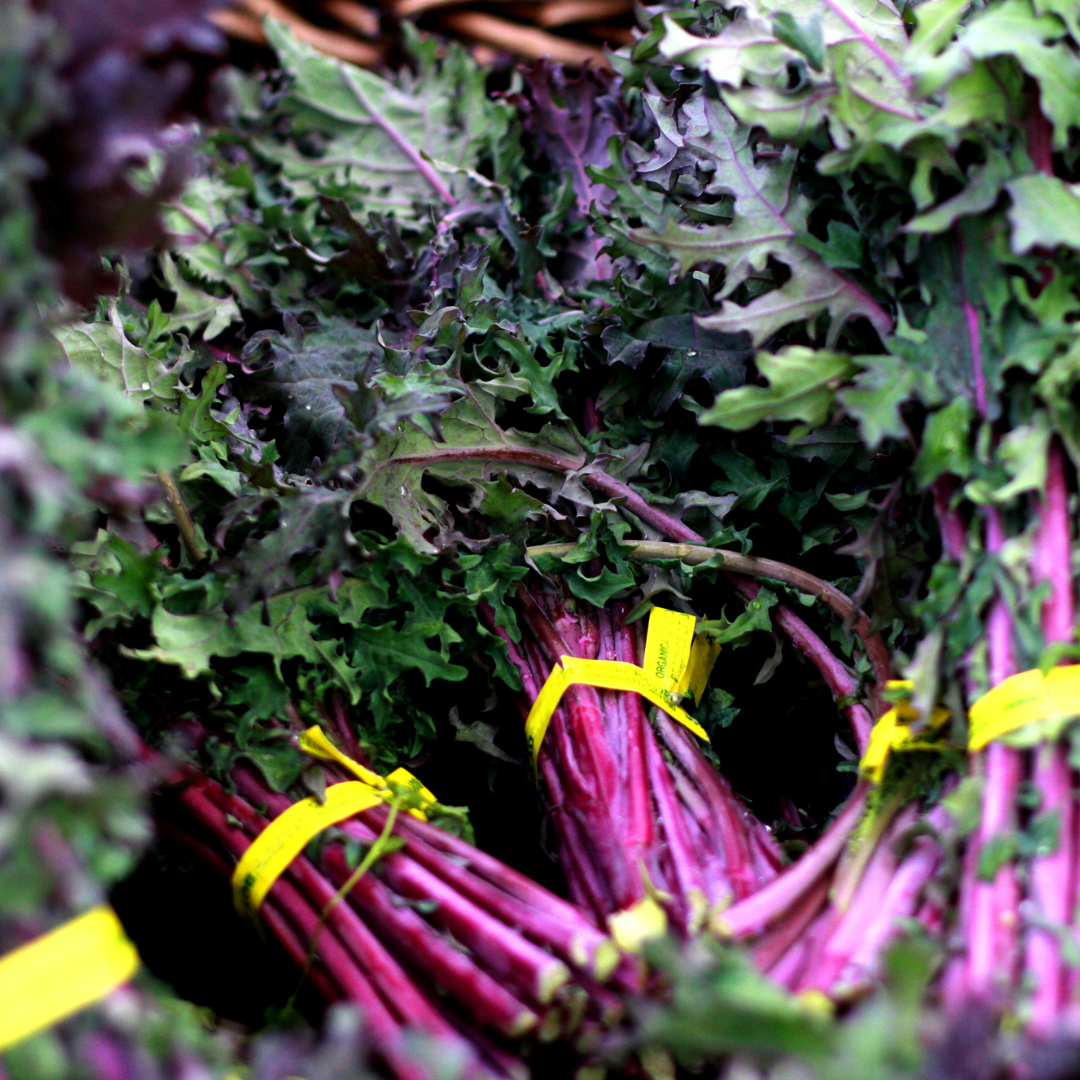 This kale has dark green leaves with varying shades of blue-green to purple color. Rutabagas are basically turnips grown for their tops instead of their roots. It has several advantages including tasting good when eaten raw in salad and looking pretty. Cold climates make colors appear brighter than they normally would. Red Russian Kale is sweeter and more tender than common kale. 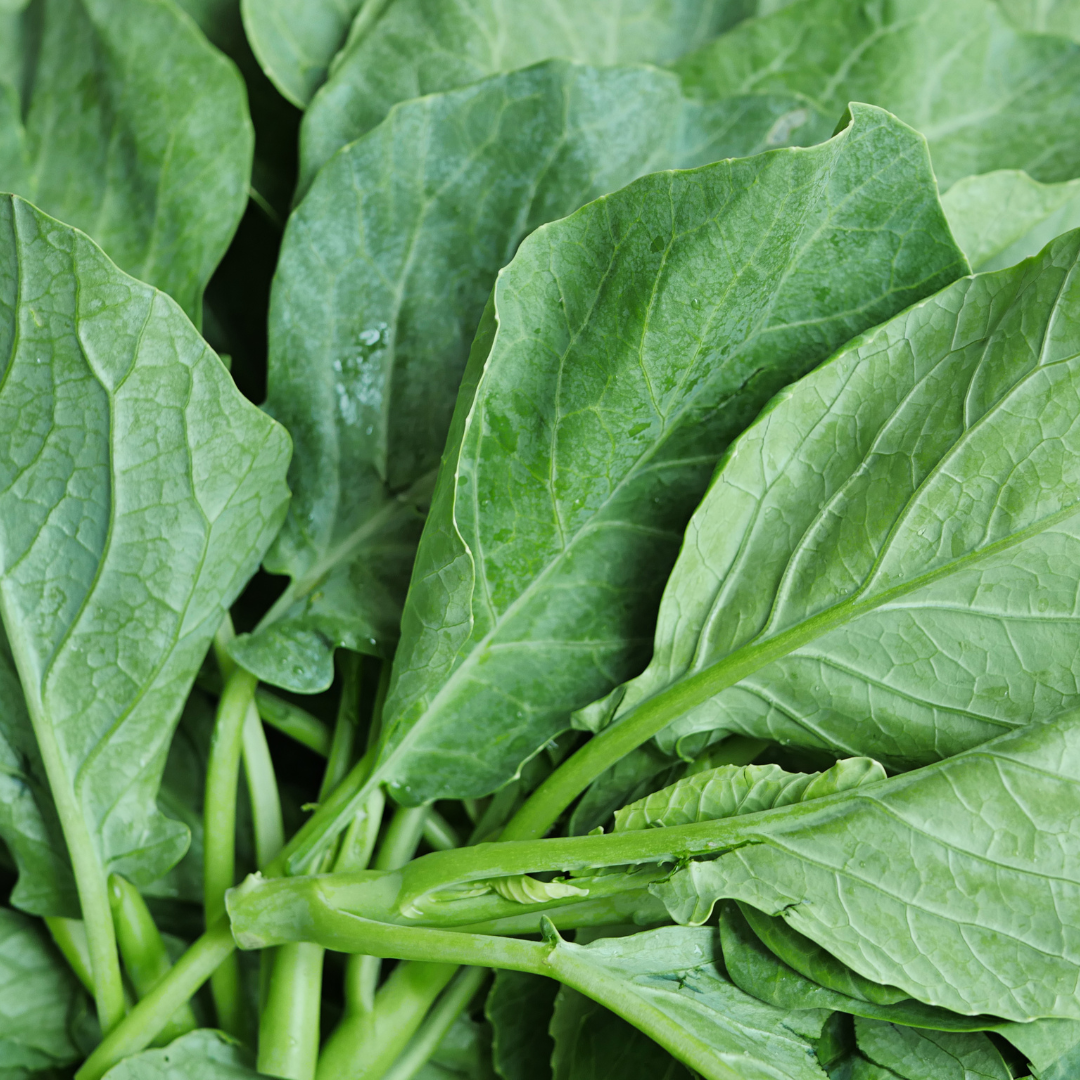 You can substitute Chinese kale for regular (or any) kind of vegetable in most recipes. It contains high levels of calcium, iron, and vitamin A and C, so it's often used in Chinese cuisine. You can also cook it by steaming or boiling it. 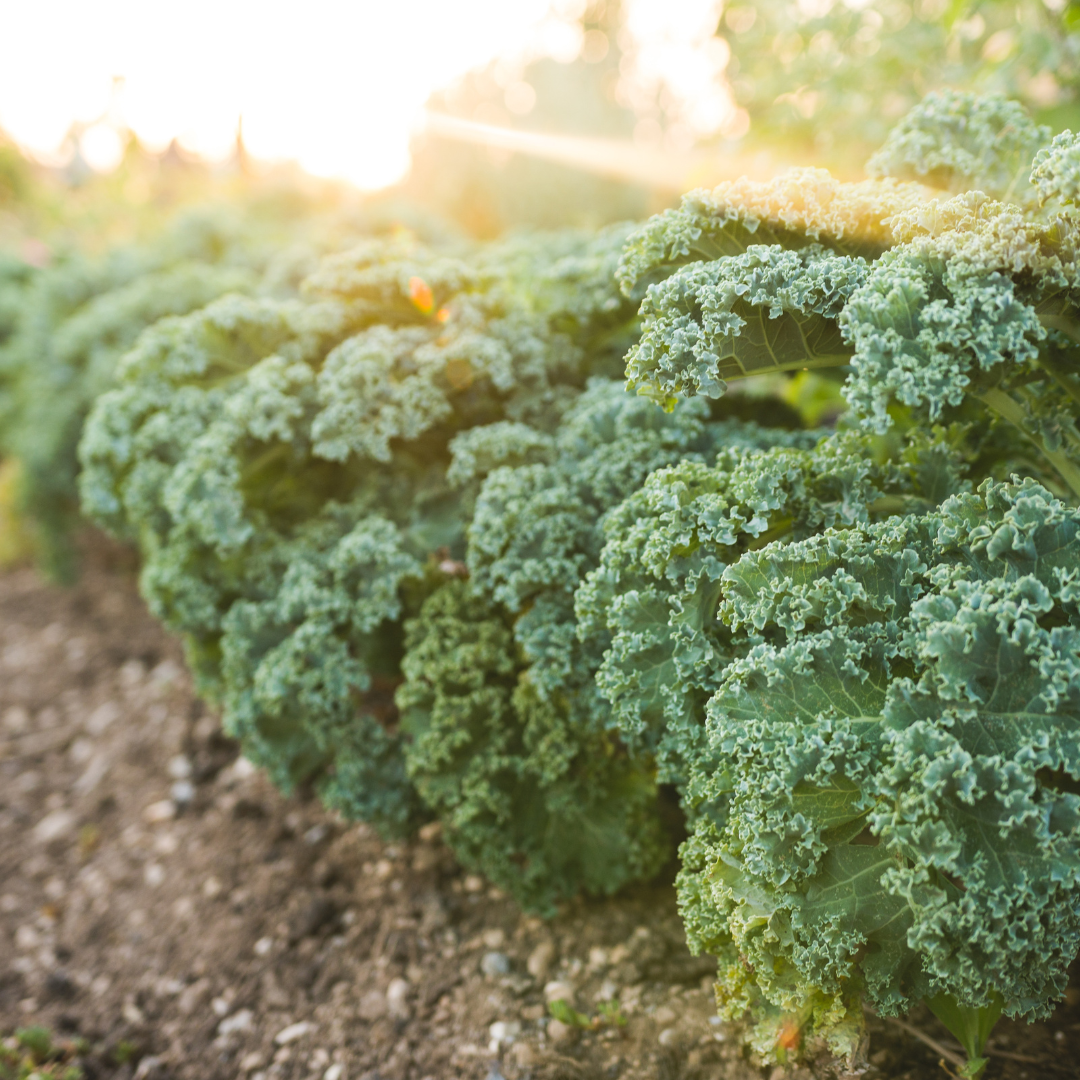 One of the hardiest kale varieties available, Siberian kale has huge, thick, dark green foliage and can withstand some pretty harsh conditions. It has green ruffled leaves and grows during the winter months in the south. Siberian Kale is best when cooked. Saute it with some onion or shallot, then steam it with some apple cider vinegar. 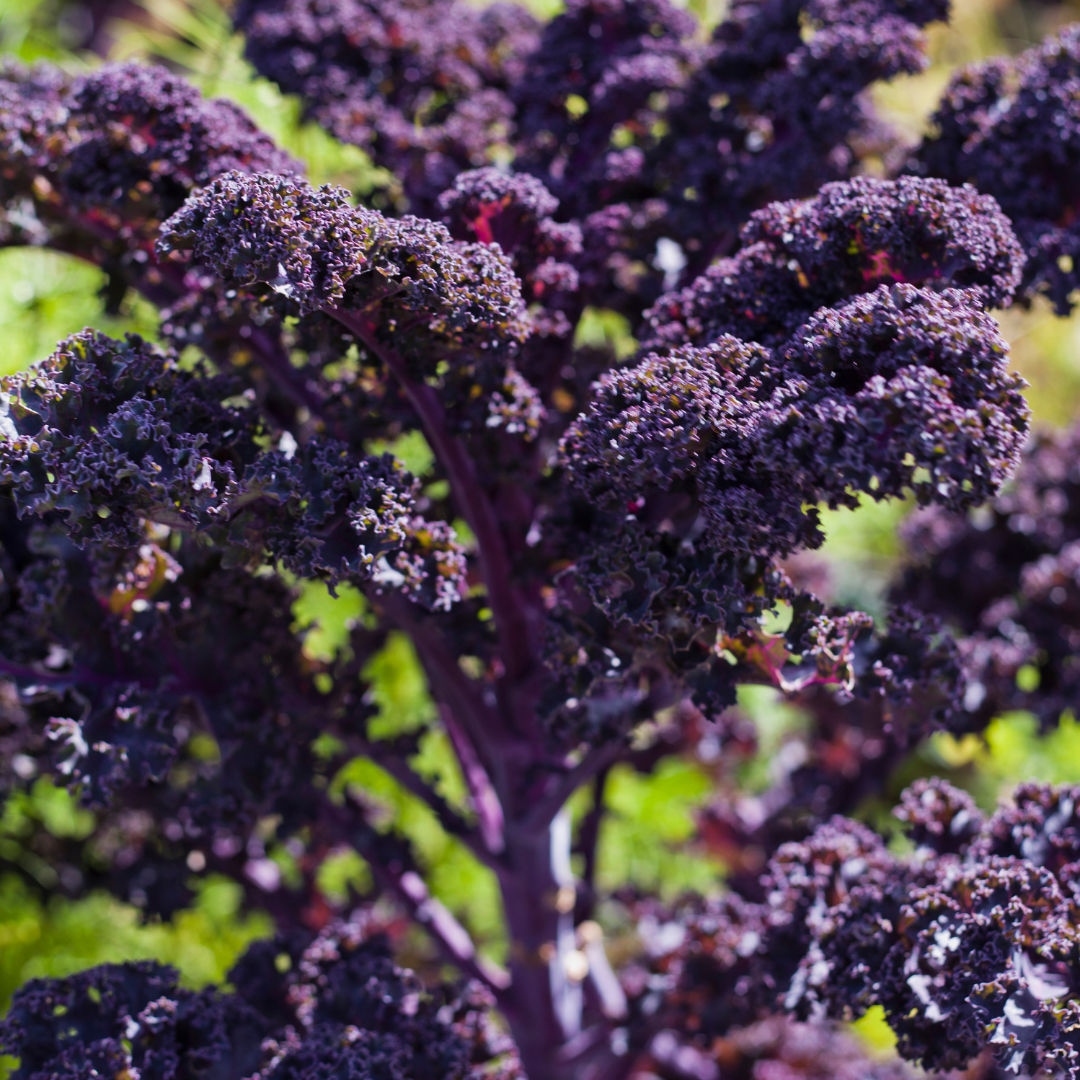 It's a stunning three-foot tall hybrid plant that can be both decorative and edible. It has a mass of dark green, glossy leaves with red veins when it's warm, but turns a bright, deep violet color when it is in colder temperatures. Redbor is a good choice for an ornamental bed, where you occasionally pull some leaves from the plants to eat. 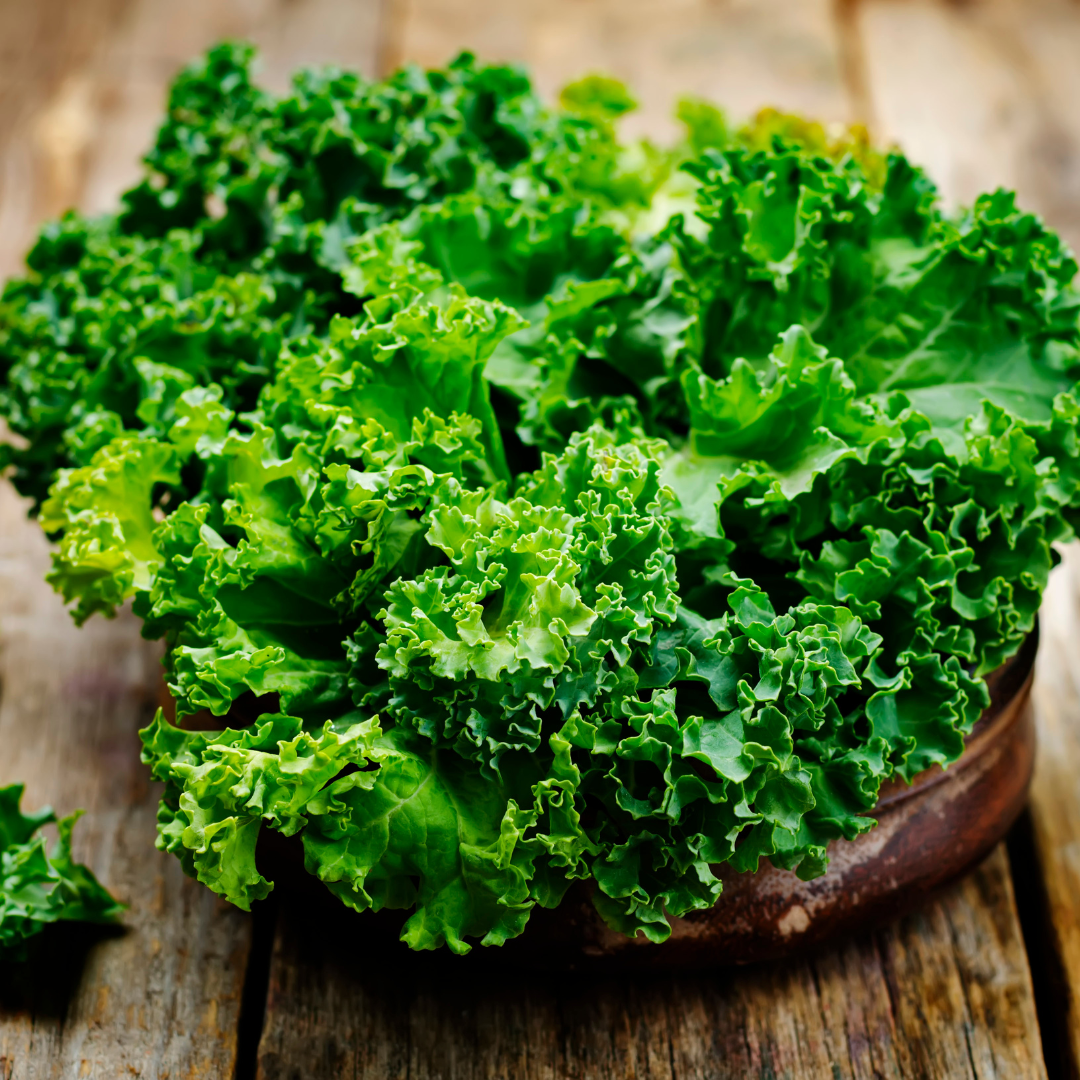 Baby kale is basically just young kale. If you're unsure whether you'd enjoy eating tougher, more bitter flavor, then you might be interested in trying out baby varieties. Baby kale tastes similar to an arugula, but it has a slightly peppery taste and tender texture.

Baby kale tastes best when eaten raw in salads, and you'll often see it sold in pre-made salad mixes. Because the leaves are smaller, have soft texture, and less mature than the stems, they don't require any special treatment before cooking. To prepare the leafy green for cooking, you should treat it just like you would spinach. Baby kale is a good alternative to regular spinach in most recipes. It’s recommended because it has a mild flavor, making it easy to add to smoothies or juices. 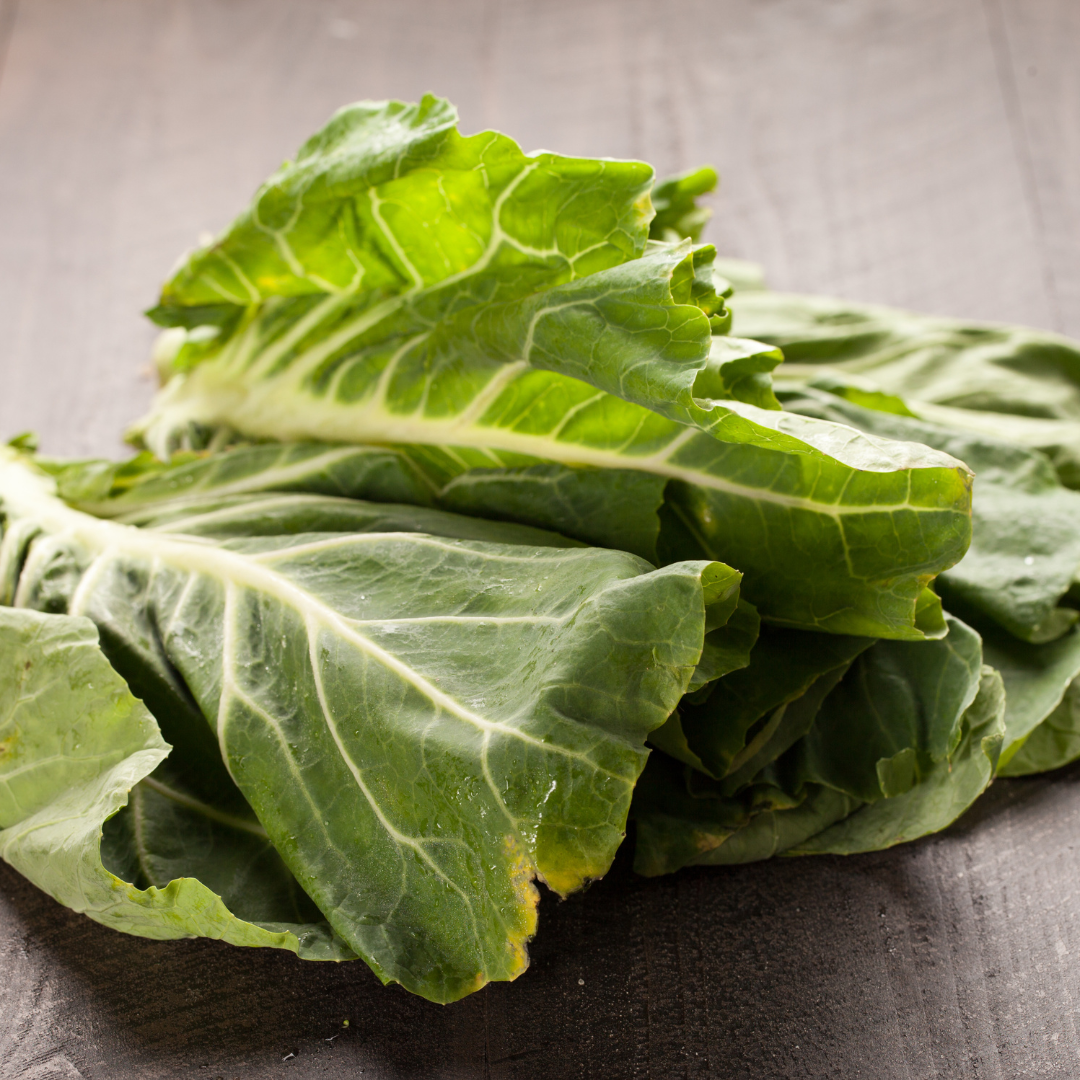 Portugal has a whole meal based on its regional varieties of kale, appropriately called caldo verde, which means "green broth." Before diving into Portuguese Kales, we first note that they are not usually found in supermarkets. This variety has large, flat leaves that curve around their edges. And because the leaves ribbing is white and prominent, they add contrast to the bright green leaf color. Those who enjoy collards may notice a similarity between them and Portuguese Kales, which have a thicker consistency than regular collards.

Therefore, you're better off cooking this variety. Interestingly enough, when eaten kale raw, the white ribs have a sweet flavor and crisp texture. If you've managed to get hold of some Tronchuda Kales, then why not give them a go at cooking up a traditional Caldo Verde.? Aside from the abundance of green vegetables, the soup is packed full of potatoes, onions, garlic, chicken stock, and chorizos. 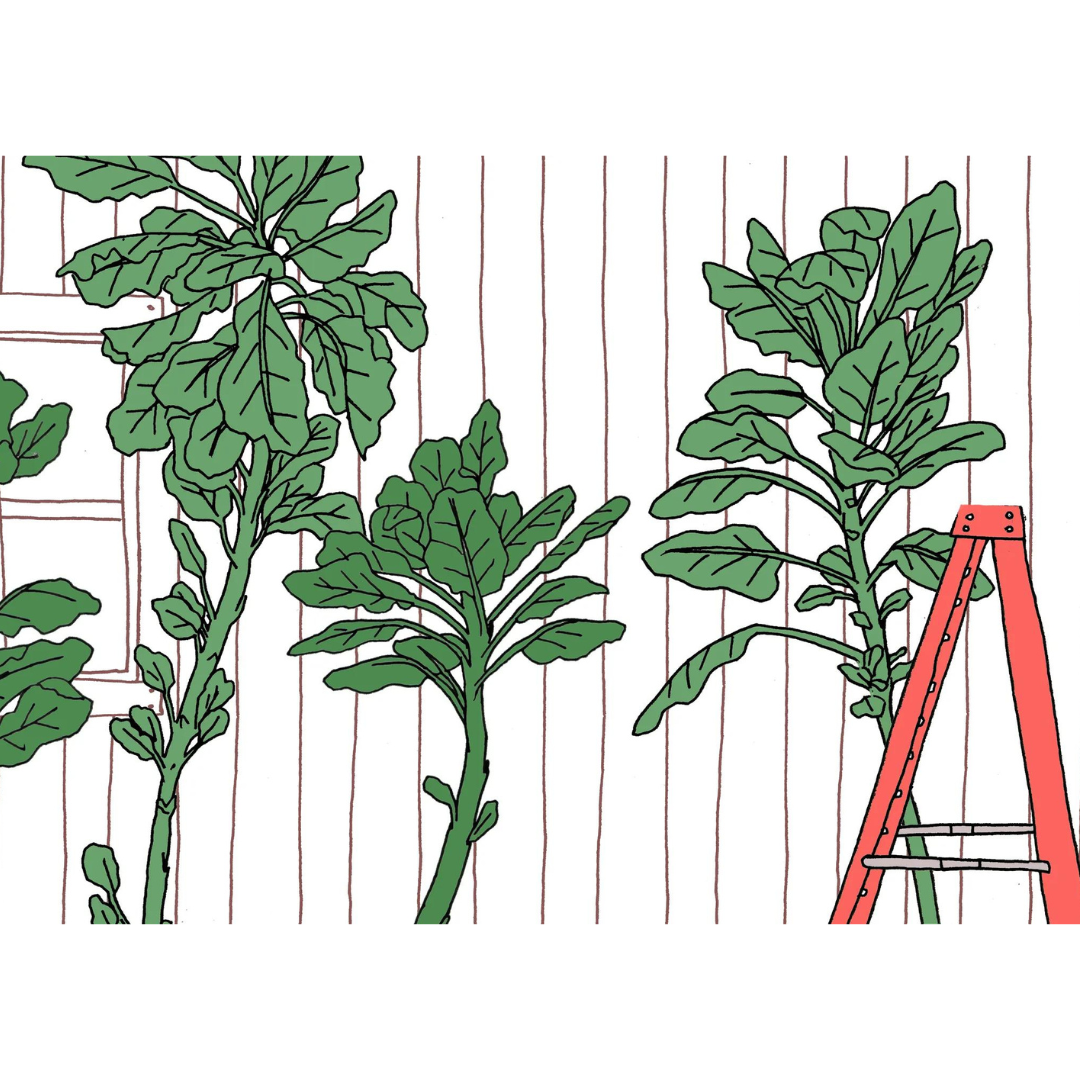 The walking stick kale is a tall type of kale that resembles a walking stick. It's certainly a surprise to see that the enormous leaves are actually edible! However, the taste of these greens is similar to standard curly or Red Russia kale, with a hint of broccoli and cabbage. You can enjoy them sautee, in soups, stews, or roasts.

This particular type of potato originated in Jersey, England. Therefore, it's also called Jersey cabbage (or cow cabbage or long cabbage). The report says that the plant can grow up to 10 feet tall, which is similar to the size of a palm tree. Turns out that farmers are partly to blame for the upward trend. The plant grew vertically over time because farmers fed its young shoots to their animals. To encourage growth in length, remove the first baby leaf that appear when growing plants from seedlings. 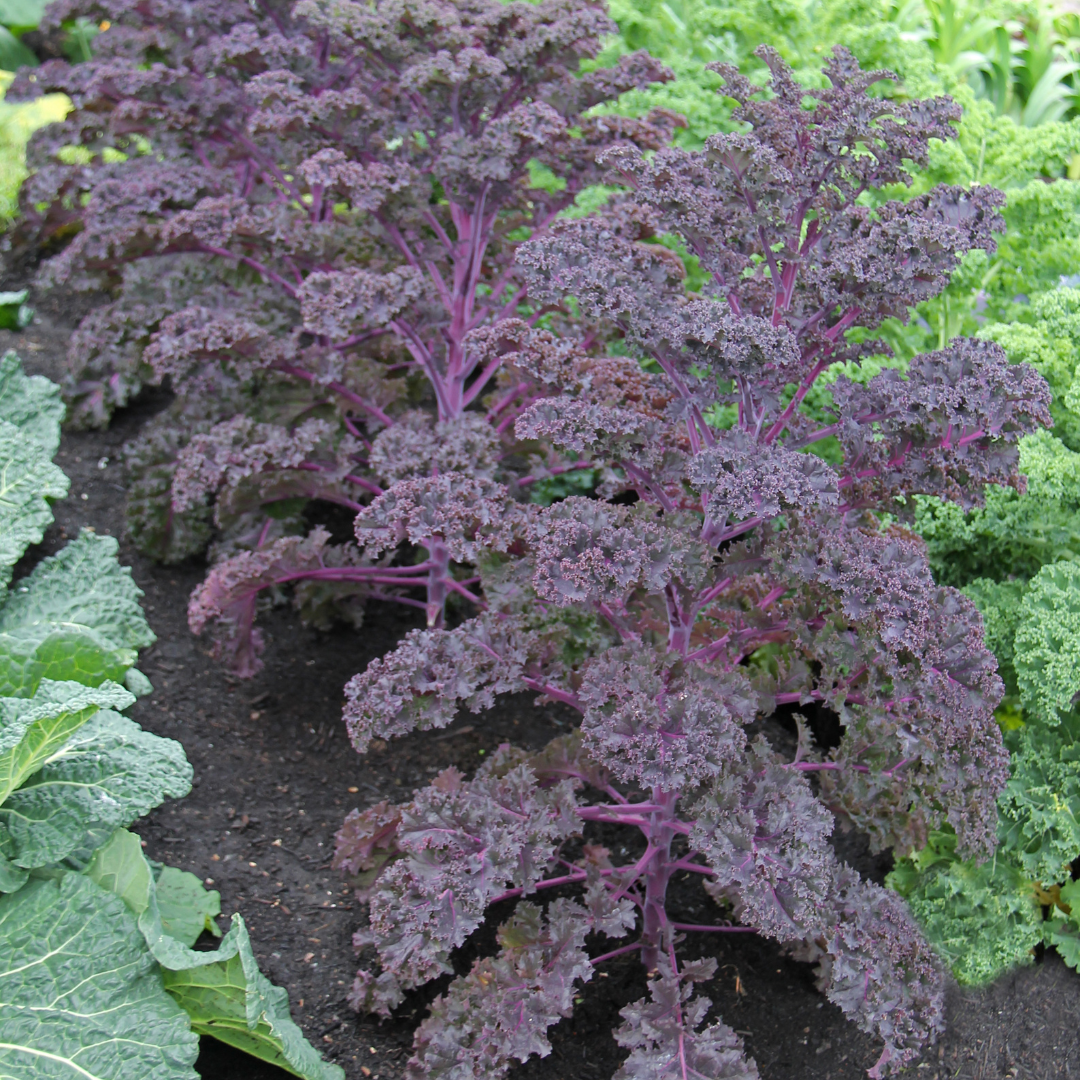 Another bright-colored vegetable, scarlet kales boast dark green leaves tinged red veins and stems. It has a slightly less vibrant red than Redbor kale but it’s definitely just as visually appealing as Redbor kale. Expect lots of healthy antioxidants from the dark red color of the scarlet kale. According to the Singapore National Parks Service, the leaves are curled up and provide a pleasant textural quality. Cold weather causes kale to become brighter in color. This type of kale is particularly hardy, so if you want to grow resilient kale, choose Scarlet. And because it's winter hardy, you'll be able to grow kale throughout the entire year.

The flavor profile will be similar to cabbage and have some subtle hints of an earthy flavor. Use young greens raw in salads or cook them for soup or stew. You'll be able to add both flavors and pops of color to any dish by using these techniques. 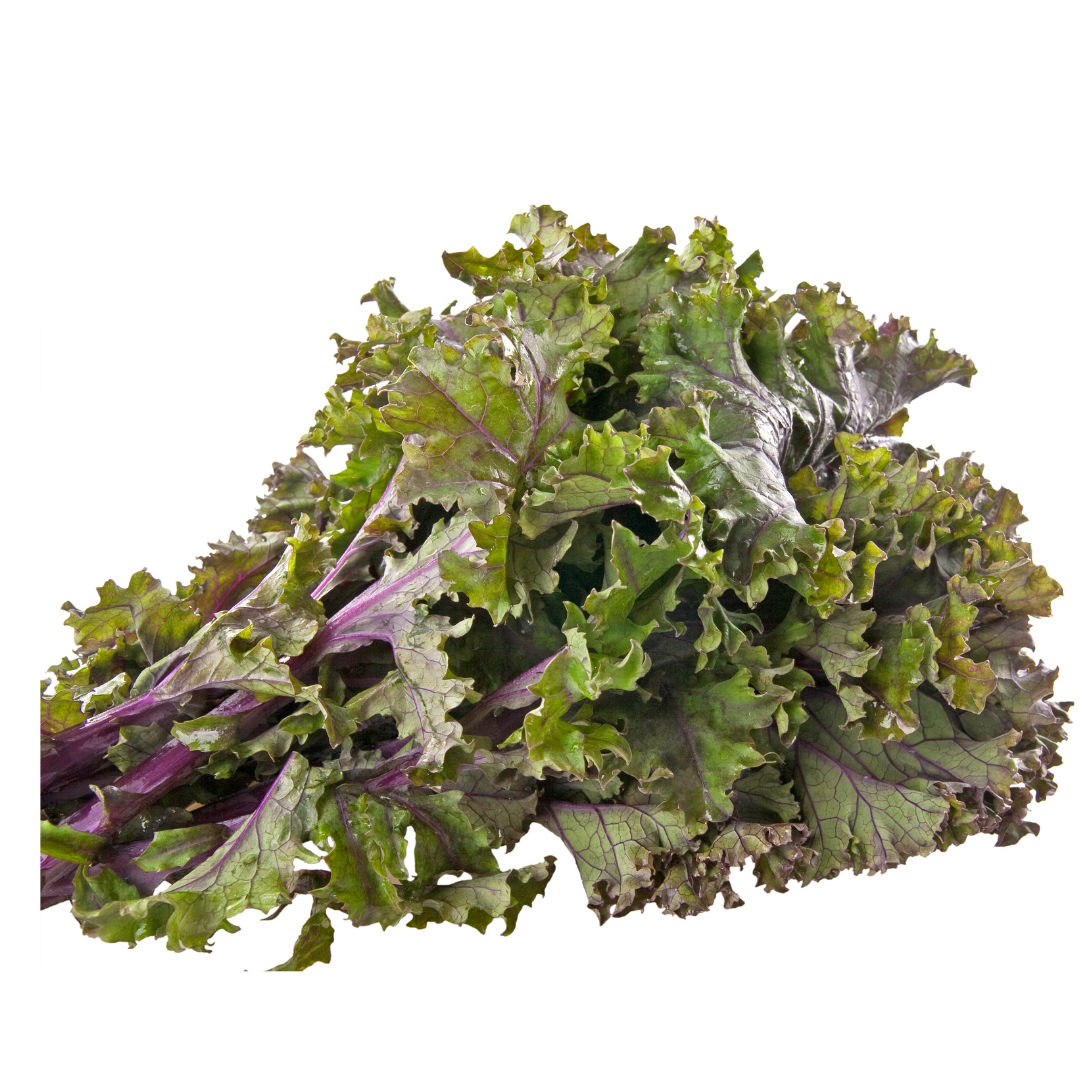 Kales come from different species of plants, but there are many varieties within each type of plant. Some of these varieties include Red Winter, Red Russian, Black Russian, Purple Russian, etc. Unlike the original Russian varieties, Red Winter was developed by growers in the Pacific Northwest. It says that it was grown for its ability to withstand colder climates and produce vivid, bright colors. Therefore, Red Russian and Red winter are visually very similar with broad flat leaves and jagged edges.

Red Winter has tender mature leaves, which makes it an ideal variety for people who don’t enjoy the thicker, rubbery texture of other varieties. As long as you don't mind eating them raw, you can easily make good use of the baby lettuce, and they work especially nicely in salads, giving a fresh flavor to a bowl of mixed green salad. 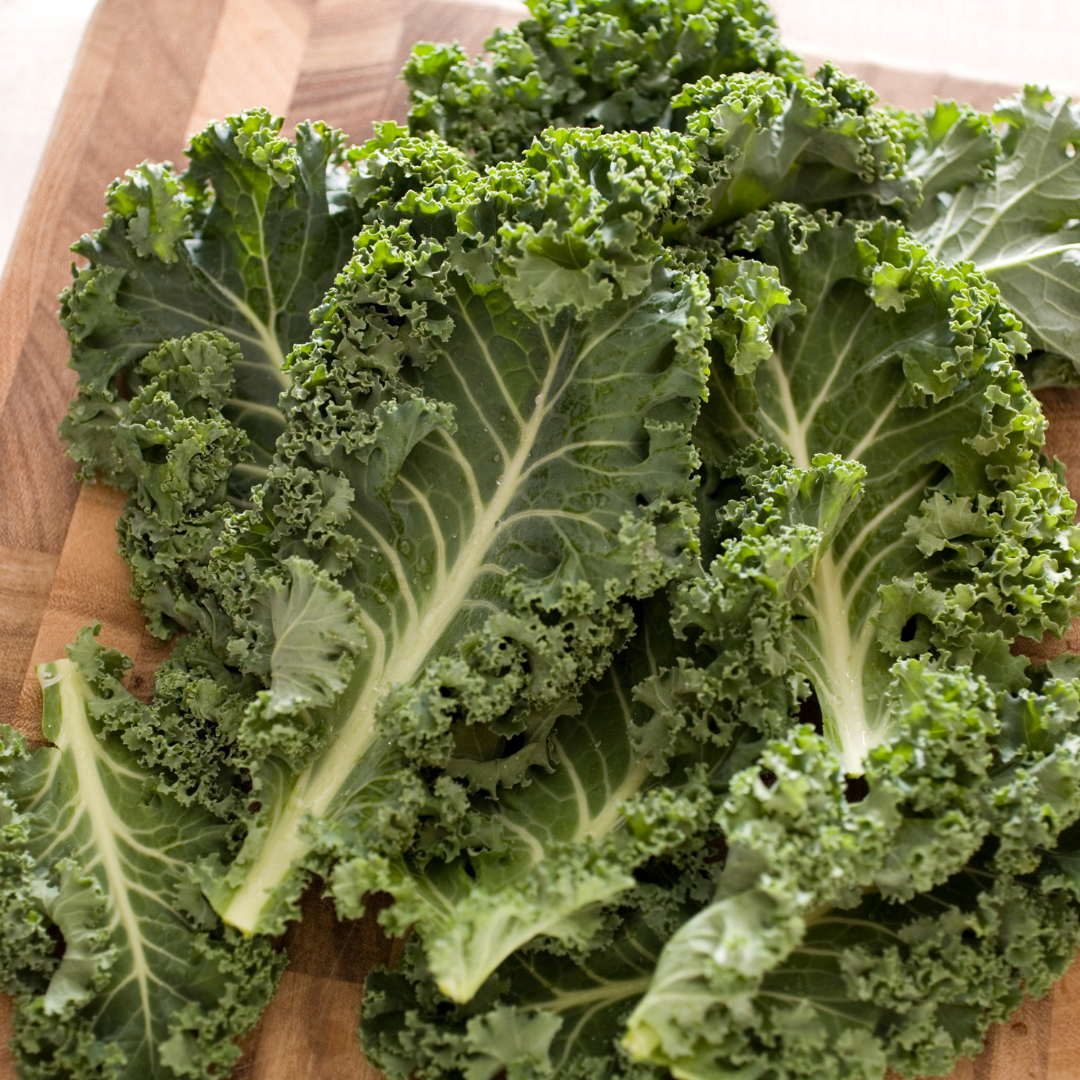 Prizm are called parsley-leaved greeners. This variety is particularly bunched, effectively looking very much like parsley Even though they take up very little space in your yard, these plants pack in lots of surface area due to their tightly curled leaves. There isn't much of a core in this kale, so it makes for easy addition to any recipe.

Prizm is an excellent variety of kale for urban gardeners. It needs very little space, and it grows well in both cold temperatures and hot climates. It says that it's a "constantly replenishing salad bowl," because it can be consumed regularly during its growing period. They are delicious when eaten raw because of their sweet and subtly nutty flavor.

In your kitchen, you may want to invest in different quality knives for long-term cooking. Here are some of the kitchen essentials that we recommend, as well as cutting boards and the best knife sharpener.

Here at Culinary Depot, we offer choices perfect for outfitting your commercial kitchen or even at home. Contact ustoday!