Traditional Scotch eggs are a staple of British cuisine. Hard-boiled eggs are wrapped in sausage meat before being breaded and fried. Read on to learn more about this classic British dish and how to recreate them.

What Is a Scotch Egg?

A traditional hard-boiled egg wrapped with breaded and fried sausage meat is a British food and it is usually served with a firm or runny yolk. And no, it is actually not a Scottish recipe.

They're excellent warm and crispy right out of the fryer. They're also great for a quick breakfast, road trip, or picnic. You can boil the eggs until the yolks are runny or set. It really depends on your preference and both ways are detailed below. 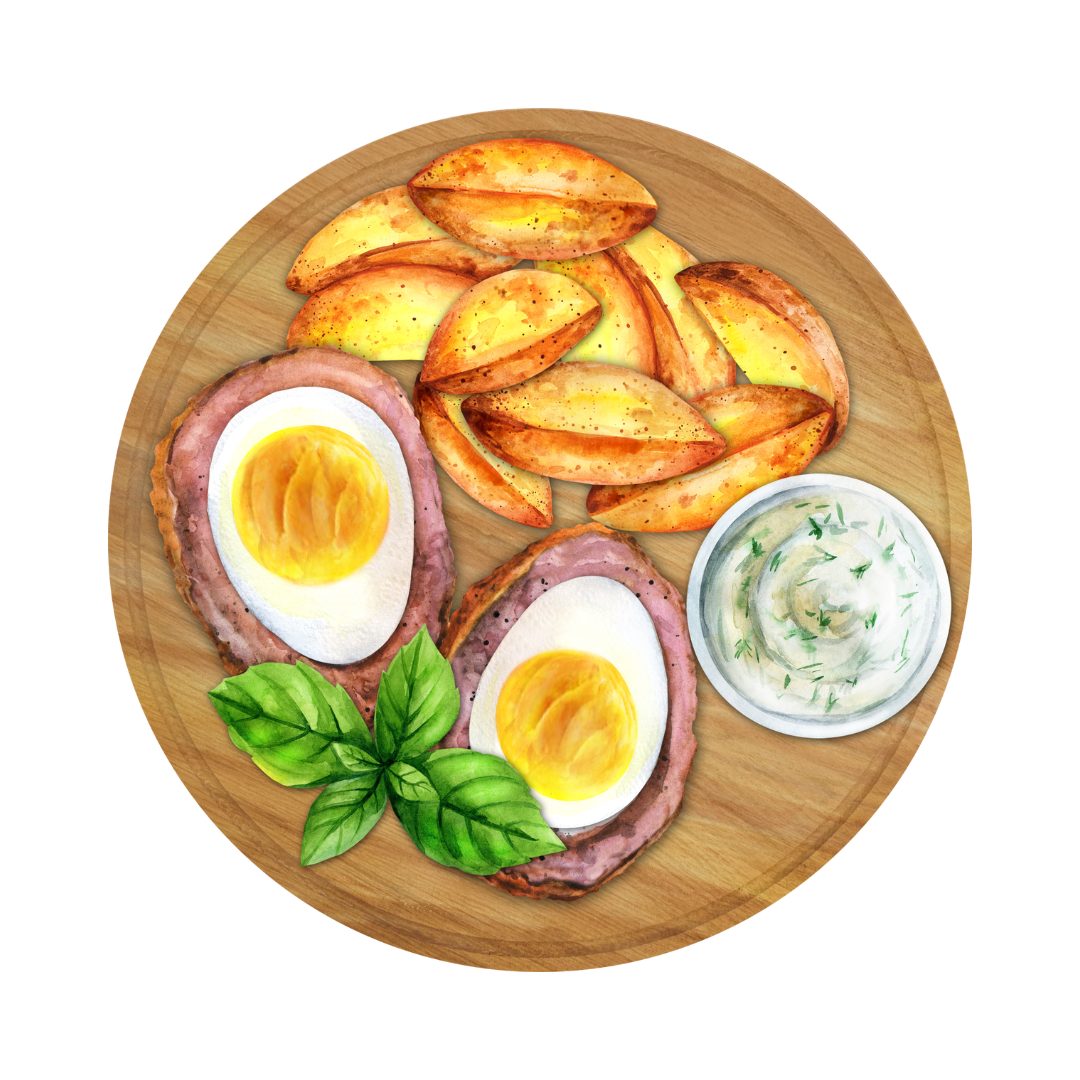 The interior of a Scotch egg is healthy and delicious. It has a surprisingly crisp and light exterior. It appears to be hefty, but it is actually extremely light on the palate. It can be eaten hot, cold, or at room temperature. This makes it an ideal on-the-go snack egg or picnic dish. 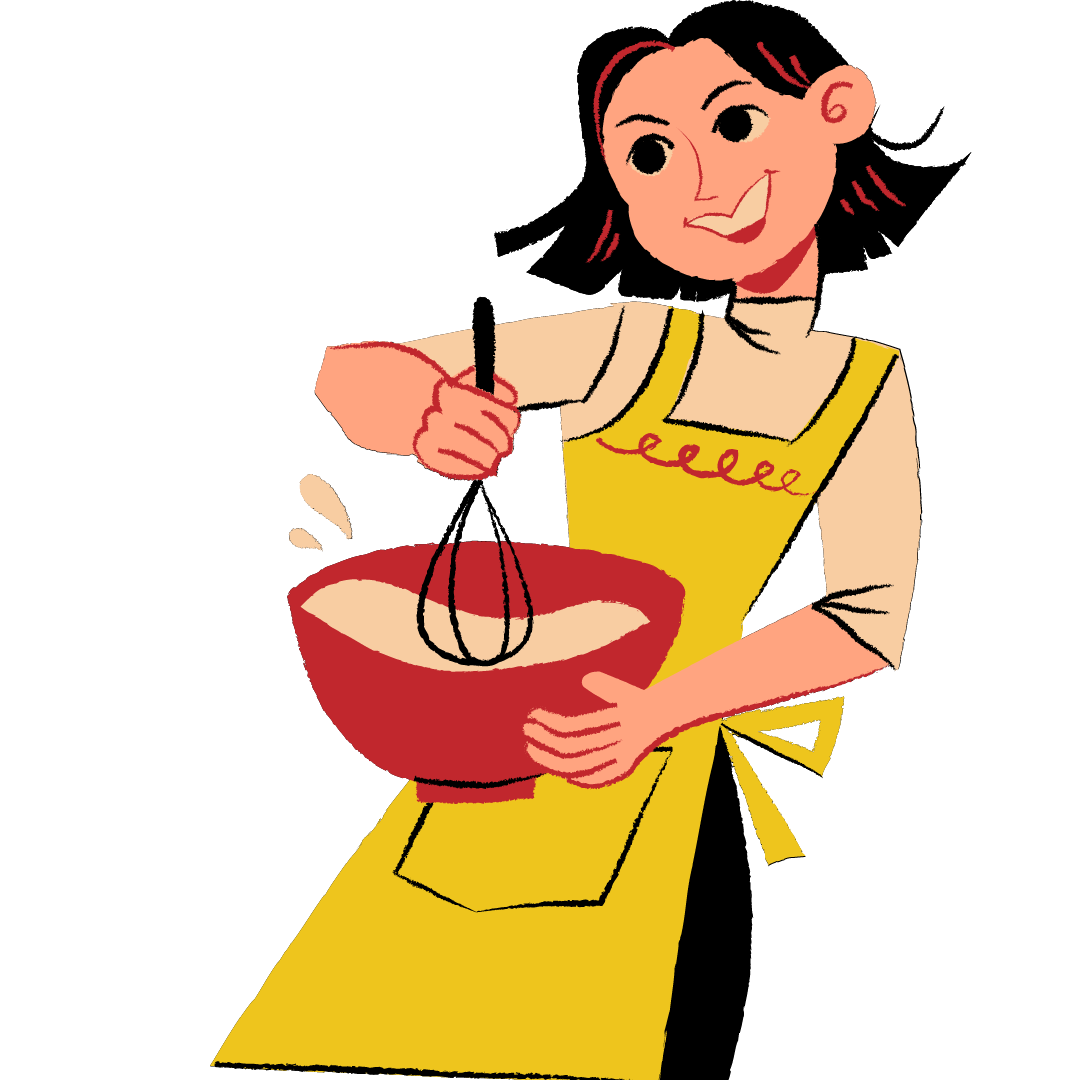 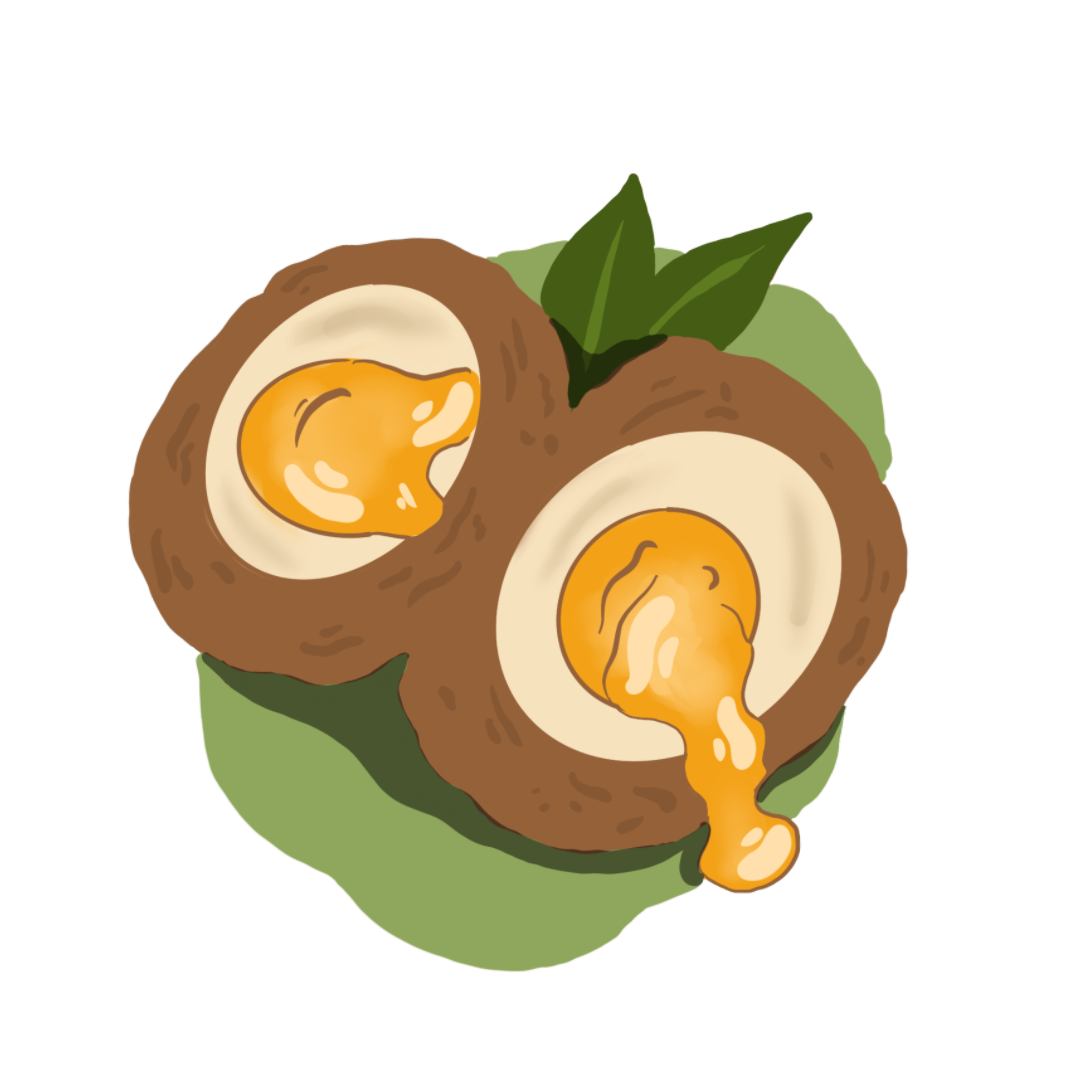 Scotch eggs are a favorite picnic dish because they carry well and may be enjoyed warm or cold. Many Scotch eggs served in pubs and restaurants have a runny yolk (what's better than a warm runny yolk?) This is achieved by soft boiling the eggs so the yolks don't overcook when fried. Both ways are appealing to me. 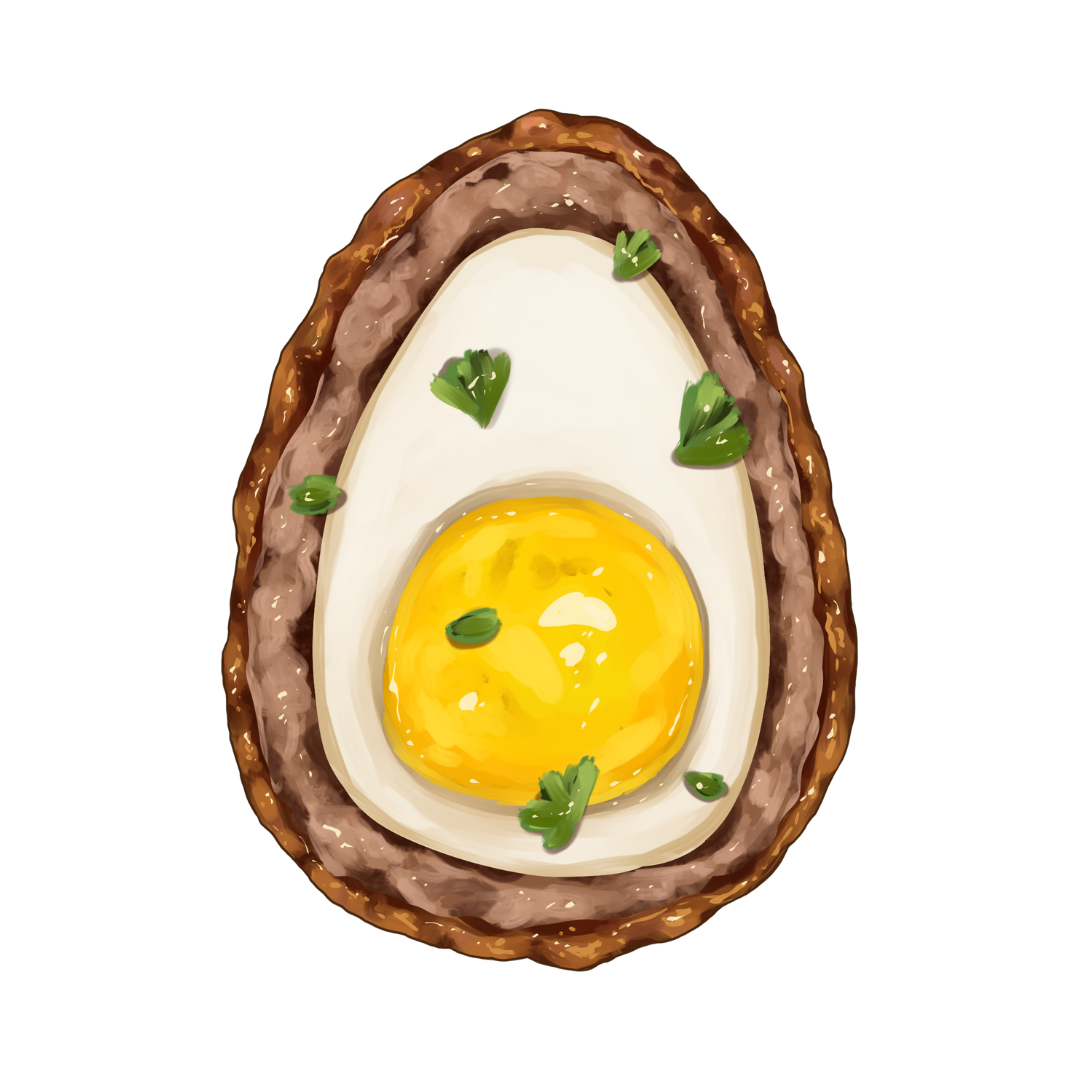 How is it Served?

This classic British pub food is typically served warm with a dipping sauce that can range from sweet to savory. These days many prefer the savory variation with a mustard sauce, which is optional but makes a lovely dipping sauce. 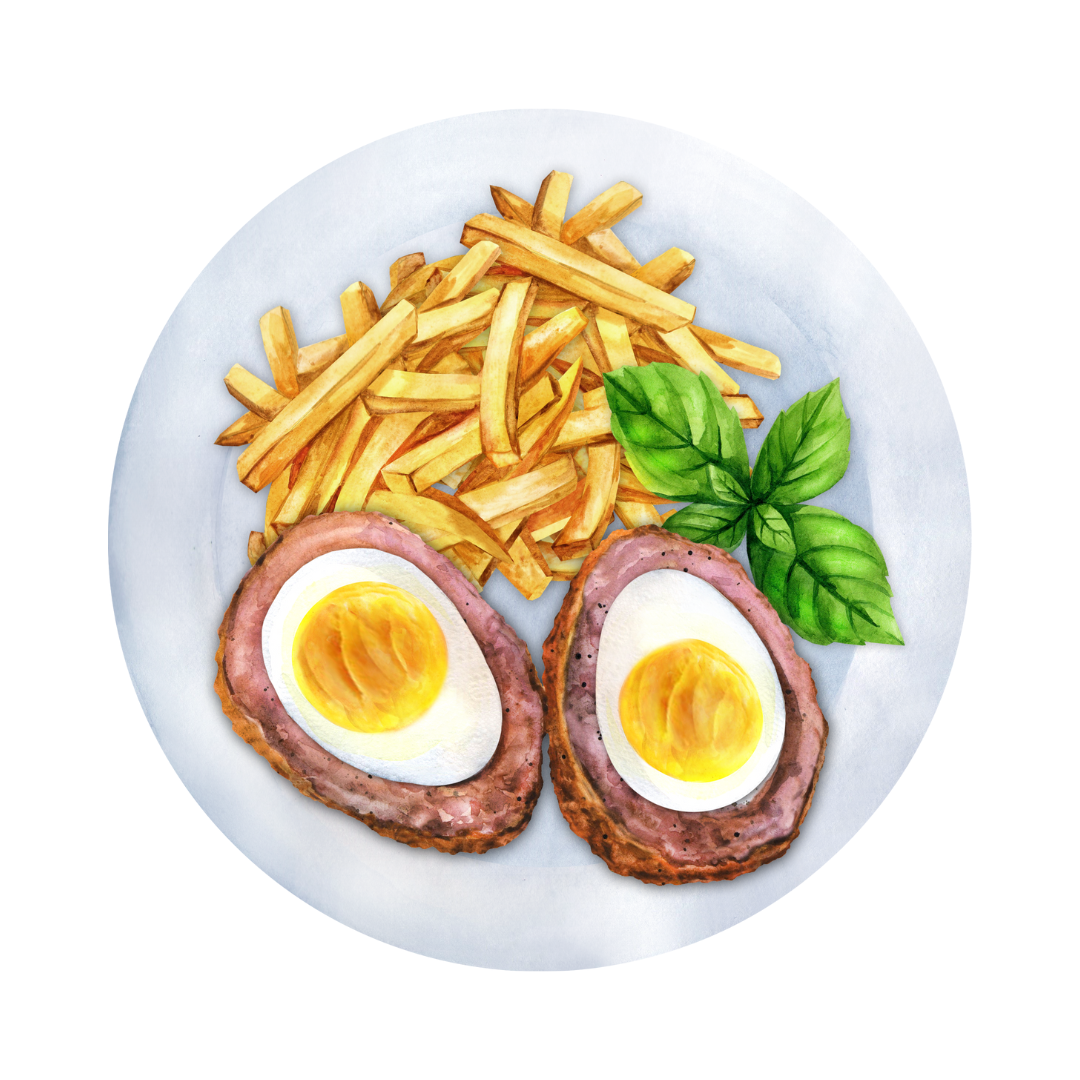 Along with sausage rolls and sandwiches, the Scotch egg is a popular convenience dish available in most grocery stores and food shops in the United Kingdom. Although homemade versions are considered preferable, you have the option to purchase them.

Some sections of England have established their own unique Scotch egg recipes, just as the British vernacular varies across the country and these eggstraordinary ovals of sweetness are a household staple in many English households.

Other Variations of Scotch Eggs

There are several regional variations of this eggs recipe. The Manchester Egg is made with a pickled egg wrapped in pork sausage and Lancashire black pudding, and the

Tips on How to Make the Best Scotch Eggs

Scotch eggs splitting when frying? Here's how to avoid this 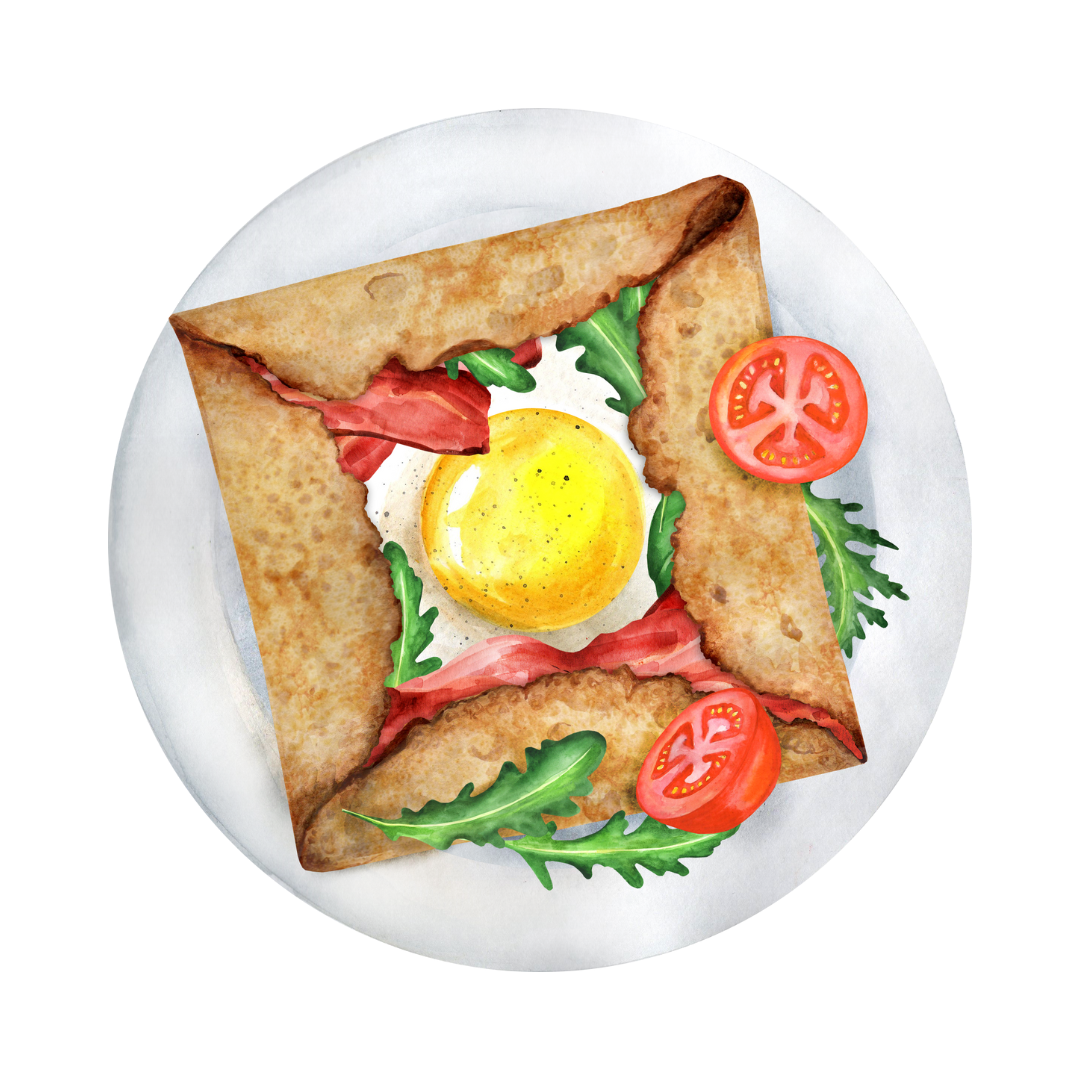 The splitting is due to a crevice or fracture in the sausage meat. This allows oil to get between the meat and the egg. Before frying, make sure they are well wrapped.

Many prefer to accompany these delicious Scotch eggs with a simple mustard sauce. It's very simple to create, with only three ingredients. It's optional, but having something to dip them in is great.