A bartender has quite the arsenal: shakers, stirrers, strainers, spoons, etc. Every single one makes your signature cocktails delicious and consistent. However, one of the essential tools a bartender can have is a jigger.

A jigger is a sometimes under-utilized but always essential tool in any bar. Whether you're a new bartender or a seasoned vet looking to up your game, let's explore what a jigger is and why your bar needs more than a few.

What Is a Jigger?

A jigger is a double-sided measuring cup, usually made of metal. It's shaped like an hourglass, with one side holding more liquid than the other.

Nowadays, a jigger is also a unit of measurement — 1.5 ounces to be exact, the same amount as a standard shot. Often, one side of a jigger measures out this amount while the other measures out a half jigger (three-quarters of an ounce).

However, jiggers come in various sizes to fit any drink.

A Measuredly Tipsy History of the Jigger

The history of the word jigger is up for debate. Some say it derives from the name of the smallest mast on a ship, called the jiggermast. British Navy sailors adopted that nautical term to refer to their small daily rum ration.

Others say it comes from the Jigger boss — the boy that brought whiskey to thirsty canal diggers. Either way, we have one man to thank for the modern jigger that adorns so many bars worldwide: Chicago inventor Cornelius Dungan.

In 1893, Mr. Dungan patented the first double-sided jigger. His version was longer and thinner than many of the ones you'll see in American bars today. According to mixologist and author Julia Momosé, that version gained traction in Japan while the Western world opted to use a squatter, wider form.

It wasn't until the cocktail culture boom of the early 2000s that the original version of the jigger made its way back to American shores in greater numbers. For this reason, elongated jiggers are called Japanese jiggers.

Why Should I Bother With a Jigger? I Can Eyeball It! 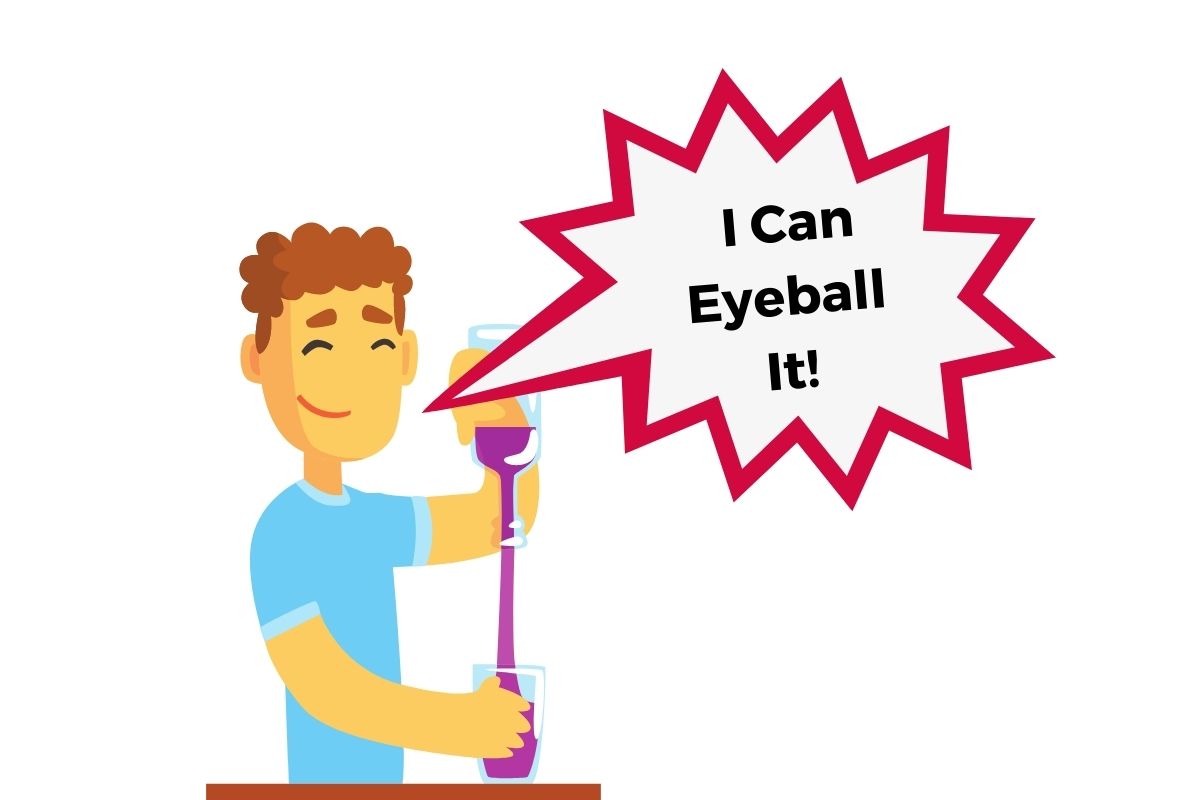 All that history's nice and all, but you're a pro. Do you need a jigger? If you're tired of hearing how another bar or bartender makes certain drinks better, then yes, you do.

That's not because a jigger makes drinks inherently better. They're just more consistent. If you're sure the other bartenders can't eyeball a shot, you should buy a few jiggers for them. Maybe that's passive-aggressive, but it's also good for business.

Inventory management firm Sculpture Hospitality estimates that bars can lose up to 20% of their liquor inventory to over-pouring, free drinks, and theft.

As a bartender, you live on tips, so what's the big deal? With more money, your bar or event bartending service could be putting that money into promotions and other things that draw in crowds. A limited budget means a limited clientele.

OK, I'm Sold. Where Can I Get Jiggers?

Culinary Depot has all kinds of jiggers:

Each jigger comes in multiple sizes to fit your needs. We've been in the weeds in commercial kitchens and bars. We know how necessary the right equipment is. Visit our online store or contact us today for more information on our competitively-priced cocktail tools and bartending equipment.