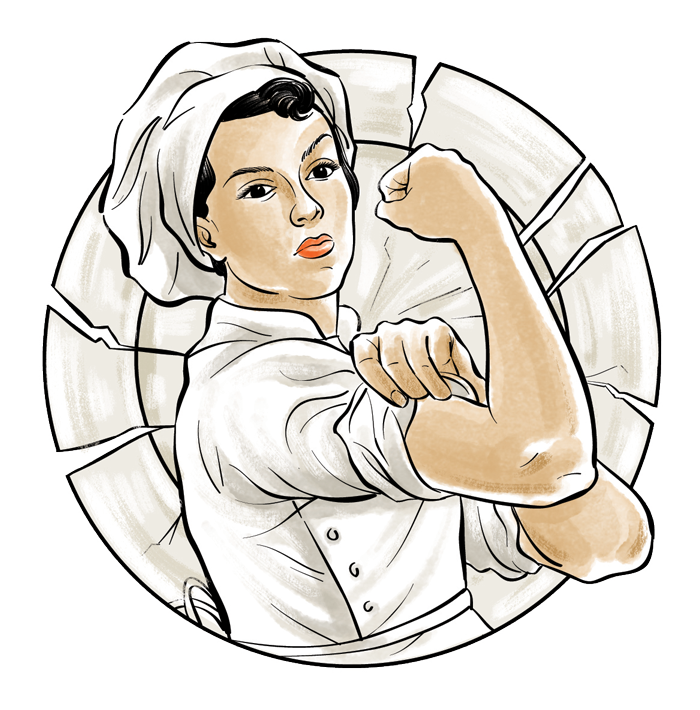 While there’s no shortage of celebrity male chefs in the TV and print industries, there is also a large group of women who are just talented. The following details five of the most famous female chefs and their unique success stories. 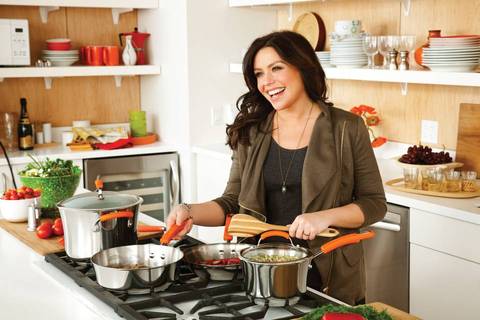 Host of her own TV show, Rachael Ray is probably the world’s most famous female chef. Despite having no formal culinary education, Ray was able to turn her easy-to-make recipes into the book 30 Minute Meals. Leveraging the success of her book, the burgeoning icon secured a weekly spot on a local CBS news show that got her enough notoriety to star in the Food Network’s “30 Minute Meals” in 2001. Since then, Ray’s success has only continued to grow. Her sparkling personality landed her the talk show Rachael Ray, which is now in its 11th season and has aired 1500 episodes.

Ray has published dozens of cook books and is perhaps best known for recipes that can be completed in less than thirty minutes. She does not believe in measuring ingredients precisely and instead prefers to use measurements like a “palmful” or “half a palfmul.” While she might not be the culinary master her popularity would have you believe, Ray makes cooking fun and easy. Her popularity has led to the spread of catch phrases like “Yum-O” and “Evoo.” The latter is short for extra-virgin olive oil and made it into the 2007 Oxford American College Dictionary. 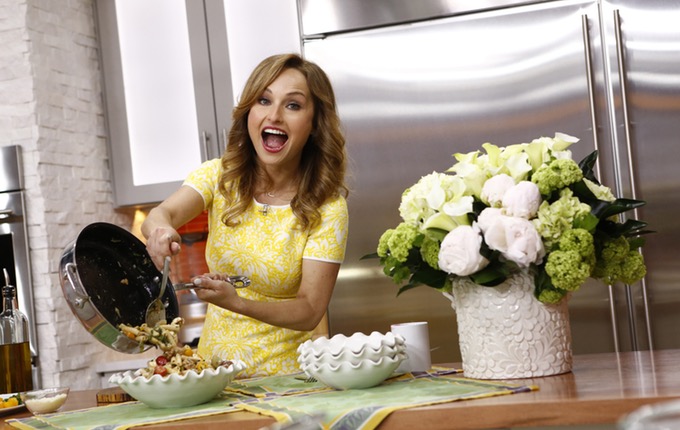 Born in Rome, Italy, Giada De Laurentiis was always destined for stardom. Both her parents were actors, and that charisma certainly didn’t skip a generation. And despite Laurentiis’ apprehension about following in their footsteps and entering show business, there was simply no avoiding it.

Laurentiis’ cooking career began in Paris—where she studied at the renowned Le Cordon Bleu. While her original dream was to work with pastries, she soon found herself employed as a chef in several Los Angeles restaurants. After a brief stint as a food stylist, Laurentiis was recruited by the Food Network and given a daytime cooking show—Everyday Italian, which premiered in 2003. Following the success of Everyday Italian, the Italian chef began hosting more shows—including Behind the Bash, Giada’s Weekend Getaways, Giada in Paradise, and more. The Italian star capitalized on her significant following by partnering with Target in 2010 and releasing a personal line of kitchen supplies.

To taste Giada’s cooking, stop by the GIADA in Las Vegas, Nevada. Located in The Cromwell hotel, GIADA features Italian cuisine with California influences. An outdoor patio offers gorgeous views of the famous Bellagio fountains, which put on a free show every half hour. 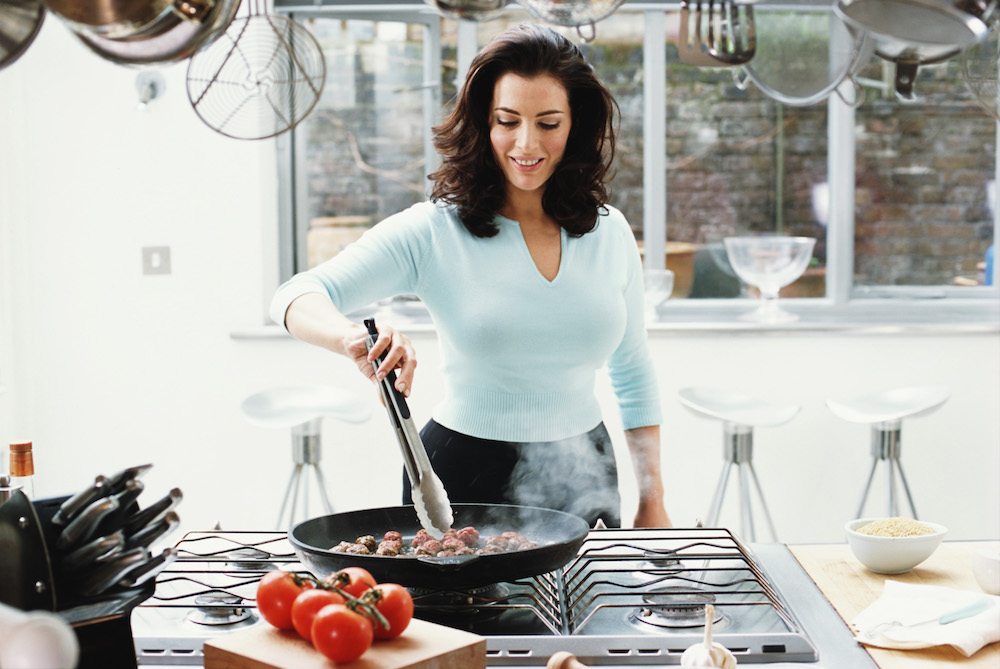 Nigella Lawson began her career in journalism by working as a restaurant critic. After nearly 10 years as a freelance writer, she released How to Eat—a book that featured tips on how to save time while preparing food. Two years later, she wrote How to be a Domestic Goddess, which was mostly about the art of baking. Both books garnered positive results, resulting in Lawson being made host of the cooking TV show Nigella Bites. The series only lasted for two years but set the tone for Lawson’s future endeavors. She would go on to host TV shows, write books, and contribute articles to newspapers.

Like Racheal Ray, Lawson has no formal culinary training and is known for her simple, easy to replicate recipes. Just days ago, it was announced that Lawson would be returning to TV for the first time since 2015. The culinary star will host the BBC’s six part series: Nigella: At My Table, which will focus on the dishes Nigella most enjoys serving to her own family. It will include both new recipes and old favorites that have evolved over the years. 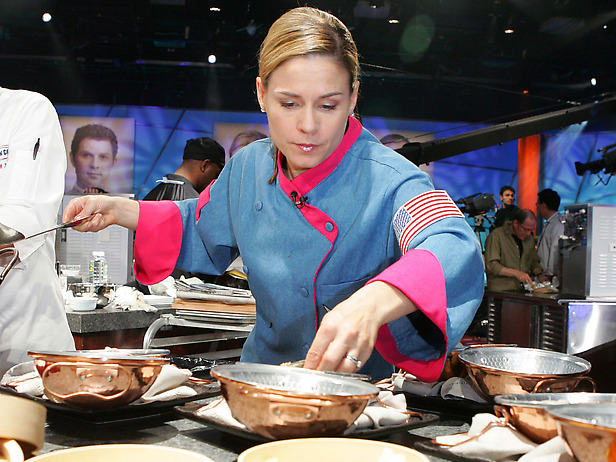 Co-Host of Bravo’s Around the World in 80 Plates and a fixture on the Food Network’s Iron Chef America, Cat Cora comes from a family of restaurateurs—both her father and grandfather owned and managed restaurants. Receiving her cooking education from the Culinary Institute of America in New York, Cora got her TV start by co-hosting Kitchen Accomplished. A member of the Culinary Hall of Fame, she is also Executive Chef for the renowned Bon Appetit magazine and specializes in Mediterranean, Southern, and fusion cuisines.

Cora has opened eponymous bar and lounge-style restaurants in the San Francisco International Airport and the George Bush Intercontinental Airport. She is also owns The Ocean Restaurant by Cat Cora—a 63-seat restaurant located inside the S.E.A. aquarium in Singapore. Offering light and healthy dishes that include the region’s freshest produce, the restaurant also features Cat Cora specialties like Charred Grilled Wagyu Primecuts and Sous Vide Salmon. Treating diners to amazing views of deep-sea wildlife, the restaurant is a spectacle that needs to be seen to be believed. 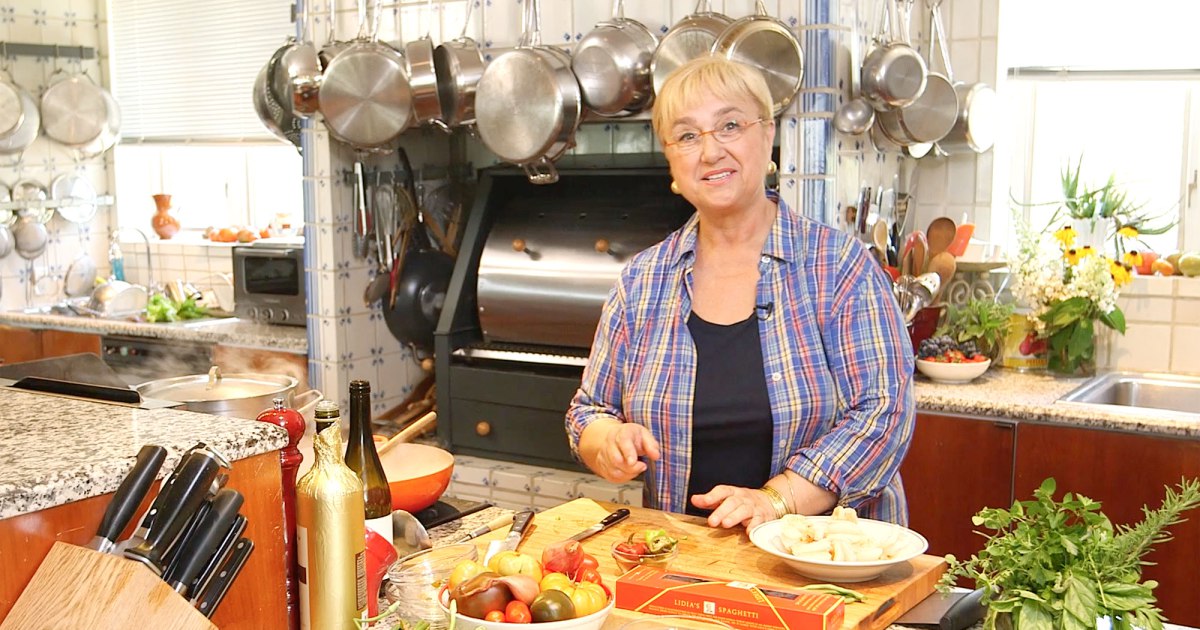 Born in Italy, Lidia Bastianich immigrated to New York as a child and quickly discovered a deep love of food. Her romp toward culinary stardom began when—as a 14 year old—she started working part-time at a local Astoria bakery. After graduating high school, Bastianich worked full-time at a Manhattan pizzeria and soon married an ex-restaurant worker and fellow immigrant. The couple went on to open an Italian restaurant in Queens called Buonavia in 1971. While Bastianich started as the restaurant’s hostess, she soon started training to be an assistant chef.

The smashing success of Buonavia led the couple to open a second restaurant in Queens, where Bastianich was given the opportunity to work as a chef. She didn’t disappoint. Flexing her culinary muscles, Lidia impressed a batch of local critics. She and her husband eventually sold both restaurants and opened a Manhattan spot called Felidia.

It wasn’t until 1993 that Bastianich got her start on TV. All it took was preparing one meal in front of a camera, and Lidia knew it was meant to be. By 1998, she had her own TV show—Lidia’s Italian Table. Bastianich has since hosted several other TV shows and published over a dozen books. Her mastery of Italian cuisine is renowned, and her son is also a practicing chef who plans to carry on the family legacy.

These are not the first and certainly not the last women to make their marks on the cooking industry. What all these chefs have in common is they share a passion for cooking and a drive to share their unique culinary perspectives with the world. If you are interested in following in their footsteps a simple blog or Youtube account enables you to easily share your cooking ideas, recipes, and philosophies with the rest of the world. 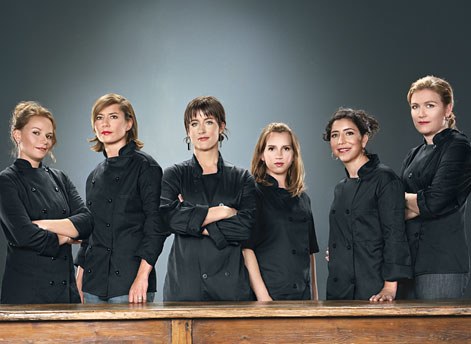